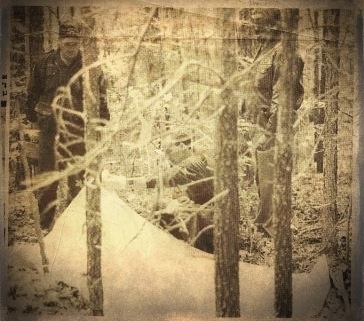 Elmore Leonard’s rules of writing are, of course, excellent guidelines.

The renowned author also offered another fantastic bit of advice when he wrote, “If it sounds like writing, I rewrite it.”

So, totally ignoring Mr. Elmore’s sound advice, I’ll open today’s article with the weather followed by descriptions of people and places that are definitely “purposely overwritten, and suddenly so,” I said.

The need to break a few more of Leonard’s rules were also far too irresistible to pass up.

The horribly overwritten description of the incident, one that’s quite true, went something like this, but with far fewer words that readers tend to skip.

The Night Was Dark, But Not Stormy

It was a quiet summer night, a night when the temperature hovered at the 80-degree mark long after the sun disappeared behind the stands of trees, rolling hills, and urban sprawl that formed the barrier between land and orange- and purplish pink-streaked sky. It was after lightning bugs began their winking and blinking neon-like displays across fields and backyards. Mosquito trucks rolled slowly along, fogging neighborhoods with clouds of stinky insecticide. Humidity-filled air coated the skin and filled the lungs like butter pecan syrup oozes across the surfaces of hot IHOP buttermilk pancakes. Flashes of heat lightning illuminated the distant sky, backlighting clouds and the bats that flew in looping circles around the streetlamps that had begun to switch on throughout the city.

In short, it was a typical southern summer end to a sweltering day.

The evening shift had been reasonably quiet with no real crimes to speak of, when suddenly a sweat-drenched, frightened, nervous, and wild-eyed young man, a teenager, appeared at the lobby window. He was panting as if he’d just finished the last leg of a marathon; his body was rail thin with long and slender arms and legs that protruded from his torso, resembling the wet and steaming spaghetti noodles that limply hang from the holes in the bottom of a colander after all the hot water is drained.

He rambled on and on about a body in the woods. He stammered and stuttered about seeing a man shot to death. Between bouts of uncontrollable sobbing and using a bare forearm to repeatedly swipe at his runny nose, he told of helping three of his friends drag the dead man into the woods. Then they left him there to be eaten by wildlife, or to rot, whichever came first.

An officer took the teen’s information, filled out a report, and then I was called to investigate.

I first bought the young fellow a cold soft drink and then asked him to take a seat in my office where a window air-conditioning unit hummed in the background as it sent artificially chilled air into the room. I handed him a wad of paper towels so he could mop the perspiration from his face. He reeked of sour body odor. Bits of leaves, tree bark, and lint clung to his short hair like teensy Christmas tree ornaments.

I began the interview.

He told me he was sixteen and was a member of a small gang. Actually, his “gang” consisted mostly of a few of his cousins and close friends whose gang activities centered around committing minor B&Es and selling drugs for a local dealer.

Recently, though, the dealer coerced the boys into doing a bit of “collecting” for him. This duty involved strong-arming people into paying their debts. Sometimes, he confessed, the collections involved extreme violence, such as beatings with bats and metal pipes.

This night, the collection of money owed took an ugly turn. Four of the boys drove out into the county to the home of a young man who owed the dealer what he considered a considerable sum of money. He’d been given crack cocaine to sell but failed to turn over the proceeds to the boss. Actually, he, a former crack addict, had relapsed and smoked the entire amount all by himself. So the dealer sent “his young and dumb enforcers to collect, “or else.”

Since the man had no cash the four collectors were faced with a dilemma—fork over the cash themselves, or kill the moocher. Those were their instructions—return with $300 or kill him. So they grabbed the man and forced him into their car. Then they drove him to a remote area of the county where they made him get out of the car in the middle of road. Once outside they forced him to his knees.

The teen sitting across from me wept as he told of the man begging them not to hurt him. Then one of the teens produced a pistol and placed it against the back of the man’s head. The man began to cry, begging for his life to be spared.

As a group, the four teens dragged the body across the asphalt pavement, down into a rocky and weed-filled ditch, and then into the woods. They pulled and tugged the body across leaves and sticks and fallen branches and over small spindly young trees and bushes. They stopped to rest a couple of times. Then, after they’d caught their breath they continued onward until they’d dragged the dead man nearly 200 yards or so into the forest. Then they drove back to the city where they split up.

I called for a team of officers to help conduct a search. The teen rode with me, guiding us to the spot where they’d hidden the body.

We found the dead man after searching until the sun came up the next morning. He was on his back. His eyes and mouth were open, wide. It was as if he’d seen the bowels of hell and at that point died with pure fear freezing his facial muscles in an expression of absolute horror.

Flies buzzed around the wounds on his head. A couple flew into his mouth and then crawled back out. Black ants, and I’ll never forget this as long as I live, walked on the dead mans eyeballs. They stepped first one way and then other, randomly zig-zagging about. It was an odd sight to say the least. They looked like miniature ice skaters on two tiny frozen and morbid ponds. A wasp stood at the opening of the left ear canal. Its rear end undulating up and down as if the insect was practicing its twerking moves.

So when people ask me about the things I remember most about working death scenes, well, I recall the weather, the suddenness of it all, the vivid descriptions of the people and places, the dialects of the people I questioned and how many times their statements ended in a manner that when written deserved to end in exclamation points. I think of the backstories of the killers and victims—the prologues to murder.

And, I think about the bugs and their lack of respect for the dead!! 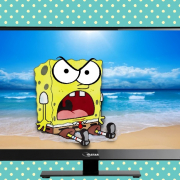 No Flashlight and No Ghosts: A Murder by Hanging
2 replies