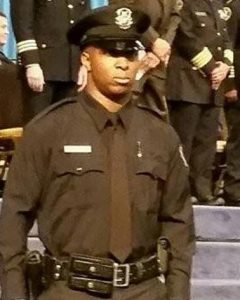 January 28, 2018 – Officer Glenn Doss, Jr. succumbed to gunshot wound sustained four days earlier while responding to a domestic violence call. The shooter opened fire on Officer Doss, striking him in the head, before he was able to exit his patrol car.

Officer Doss is survived by his 9-month-old child, girlfriend, and parents.

Followon TwitterSubscribeto RSS Feed
It’s Probable Cause, NOT “Probably” Cause … and Search...

Pre-Search Warrant: What’s in Your Drawers?
Scroll to top