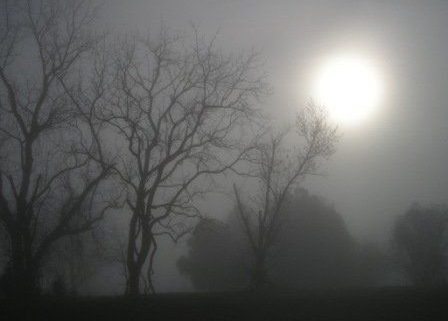 Working the dreaded graveyard shift is bad enough as it is, day shift, too, but when you add the extra stress of working it alone, well, then it sometimes becomes downright dangerous. But I’ve done it, and so have many police officers across the country who work in small towns and counties. In my case, it was a county and it wasn’t all that small. But our sheriff had his way of running things and no one was brave enough to contradict him.

Most of the time, working the midnight shift is slow and lonely, especially after 2am (10pm – 2am are the action hours, usually). You spend your patrol time fighting sleep while listening to anything you can find on the radio. And you constantly fight with that mandatory piece of equipment that’s worn by all graveyard shift officers…that invisible string that’s attached to your eyelids, the one that attempts to pull them down like old-time window shades. And the string uses a force that’s equal to three times the earth’s gravitational pull.

You’re out there with the feral dogs and cats while they raid garbage cans and dumpsters, and the back-lit mannequins guarding storefront windows are the only company that resembles another human. Wispy, tendrils of steam rise out of the storm drains and twist and wind their way upward, toward the black sky. Your spotlight reveals things in alleys that may or may not be there. Only your mind knows for sure. Images of a nice, warm, soft bed and pillow play like a never-ending loop inside your mind.

But, there are some moments of excitement and action. However, working an entire county, alone, poses some interesting problems…like getting to a crime scene before your shift ends in four hours…

The trip across our county from east to west, with blue lights and siren and gas pedal to the floor, was 40 minutes. That’s nonstop, as the crow flies. North to south was even further. But diagonally, if a deputy was patrolling in the far southwest corner and received a call in the far northeast, well, let’s just say that we hoped the complainant knew how to shoot, or had a pack of viscous attack dogs handy, because we’d have to stop for gas twice before we’d reach them. And that’s if our radios even worked in the deepest, darkest corners of the county. And interstates do not run diagonally, so that meant traveling on winding country roads for a good portion of the trip.

Have you ever been in a hurry, like when you know someone has just been shot, and you get behind a large farm tractor pulling some sort of bright green farm machinery that covers the entire roadway and both shoulders? And to make matters worse, Bubba is chattering away on his cellphone while scooting along at a breath-taking 6 miles-per-hour. He can’t hear your siren over the roar of the equipment and he never, ever turns around to see what’s behind. So you’re left with no choice but to find a shallow spot in the ditch, crash through it, and then plow through an acre or so of corn in order to pass the plaid-shirted tobacco-chewer who spat a nice wad on your windshield as you finally made your way past his mammoth tires.

Then, to top off the trip, you arrive at the scene and discover an entire family, along with several shirtless friends, fighting like they’re the feature match in MMA tournament. And they’ve chosen large hunting knives as their weapons du jour. So you yell out, “Junior!” knowing that at least half of the crew will stop fighting long enough to see who’s calling their names. That’s usually enough to scatter the ones holding dope or those who are parole or probation violators. Then you can arrest the remaining half-dozen, or so. Of course, first you’ll have to stand toe-to-toe and argue with the wives of each of the offenders, and you don’t want to arrest them because each one has at least one snotty-nosed, dirty, diaper-wearing kid hanging from the hip. And there’s always a one-eyed, three-legged dog nipping at your ankles during this entire mess.

Just as you’re about to ratchet the cuffs on the largest of the suspects (if you only have one pair of cuffs, always handcuff the behemoth who’s most likely the one who could inflict the most amount of pain on you), your radio crackles…”Shots fired…unintelligible….at the unintelligible…use…unintelligible…10-4?”

Anyway, that’s how it goes sometimes when you’re working an entire shift, alone. Other times, especially at night, it can be downright nerve-wracking, not knowing what’s at the other end of that driveway, where you hear gunshots echoing off the aluminum trailer walls.

But you do what you gotta do to keep your sanity, even if it means finding the end of a long dirt road, stopping the car, turning out the lights, and closing your eyes for a few minutes as Delilah tells some poor love-sick guy, “She’s gone for good, but here’s song that’ll make you feel better about yourself…”

“Automobile crash at the intersection of…”

And so it goes…hoping you’ll reach the crash before daylight.

A Long Way From Your Bicycle: False Confessions
Scroll to top