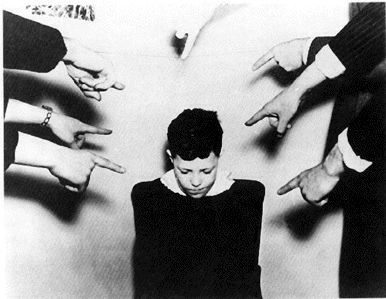 The shabbily-dressed black man stood beside his battered bicycle outside a rural post office/country store, muttering to himself and acting “downright weird.” So the postmaster/country store-owner reached for the black rotatory phone that hung on the wall beside the shelves of potted meat, pickled pigs feet, pork and beans, and shotgun shells, and dialed the number for the county sheriff, who immediately sent a deputy to pick up the odd man and bring him back to the office for questioning. The officer didn’t ask the man if he wanted to go with him. Instead, he said, “Come with me. The sheriff wants to see you.”

Bicycle Man would be the twentieth black man (all who’d previously been charged with “sex-type” offenses—Bicycle Man had not) to sit in the sheriff’s “hot seat” in the past few days. Why? Because somebody was going to jail for raping and murdering an elderly woman. The victim lived just long enough to call the police and tell them that a black man had just raped and choked her. That’s the only description she could offer before succumbing to her injuries. This poor man, Bicycle Man, had no idea what he was about to endure.

At the sheriff’s office, ten miles from the country store, the “odd man” was ordered to have a seat, where questioning about the woman’s murder began, not about the man’s unusual behavior at the post office. And the questioning went on for hours and hours, and included the sheriff telling the suspect to “Look at me when I’m talking to you. You’re not half as damn nuts as you act like you are, you know that?”

During the interrogation, it was learned that Bicycle Man had recently been released from a hospital for mental issues he’d been experiencing, which easily explained his abnormal behaviors. And it was learned that his mother lived nearby. Bicycle Man asked when he could go home, and was told, “As soon as you tell us about the murder.” He asked for his mother and was told the same thing. In fact, for hours he asked to leave and was told the same thing…over and over again. “As soon as you tell us about killing that woman, you can go.”

The man told the officers (four officers, in addition to the sheriff, were present during the interrogation), he was tired and wanted to go home. He said he was sleepy. He said he didn’t know what they were talking about. And he said he didn’t understand why he was there. He expressed concern over leaving his bicycle at the post office, unprotected. He wanted to go home and he wanted to know how long it would be before his mother picked him up.

And the answer was always the same…”As soon as you tell us about the murder, you can go home.”

At times, the man sang theme songs to western TV shows. His attention wandered. He clearly had no idea of the seriousness of the situation he faced.

At some point during the hours-long interrogation, a tape recorder was switched on, and at no point on the recording was the Miranda warning read to Bicycle Man. The sheriff says he did advise the suspect of his rights but it must have been prior to the start of the recording.

During the questioning, the man admitted to seeing a woman who wore an overcoat and carried a handbag. He also stated that he had had sexual relations with a woman in her home. He didn’t know if it was the woman in question or not, though. Well, that was enough for the sheriff. He arrested Bicycle Man for the murder and rape of the nearly 90-year-old woman.

As a result of his own words, Bicycle Man was convicted of the murder and rape of the woman and was sentenced to serve a lengthy prison sentence.

Thirty-three years later, DNA proved that a convicted sex offender had committed the rape and murder of the elderly woman, not the odd man on the bicycle who merely wanted to go home to watch westerns on TV.

Unfortunately, Bicycle Man died of natural causes a few years before he was vindicated of the crime he didn’t commit.

Well, the reasons vary, but in the case of Bicycle Man, studies show that people with mental disabilities, and minors, are prone to confessing to crimes they didn’t commit, especially when under the stress of extremely long and/harsh interrogations.

It’s my belief that these individuals think they’ll get what they want—to go home, have something to drink, get something to eat, to see their parents, etc.) if they simply tell the police what they want to hear. But they don’t think far enough ahead to realize the long-term consequences of those confessions. And, the police investigator’s ultimate goal is to hear that confession, which means the interrogation is almost always over immediately after hearing, “Yes, I did it.” Officers generally do not continue their questioning after hearing or reading a confession, fearing the suspect will try to take back what he’s just said.

Well, not always. The Innocence Project states that approximately 25% of convictions overturned by DNA evidence involved someone who confessed to a crime they didn’t commit.

Kind of makes you wonder just how many innocent people are in jail.

And let’s not forget the people sitting in jail because someone picked them out of a lineup. Well, those things aren’t all that accurate either. In fact, North Carolina has adopted specific new guidelines about lineups. And New Jersey has just passed a law…wait a minute. That’s a topic for another blog. You’ll have to wait on this one. 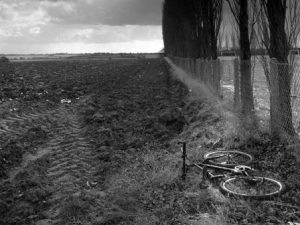 Until then, make sure you say what you mean, not what you think someone wants to hear. Or you just may find yourself a long way from your bicycle.

Two Heads Are Better Than One: Working The Graveyard Shift
Scroll to top