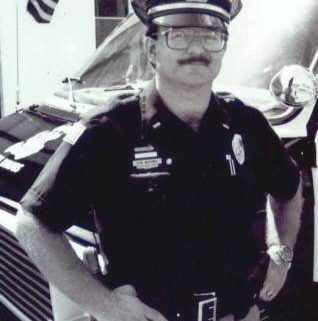 Police officers wear a variety of clothing, and situation dictates what to wear and when they wear it. The officer in the image above is wearing a Class B uniform. Class B’s are the outfits worn for general street duty. The material tough and made to withstand the daily grind of patrol duty. 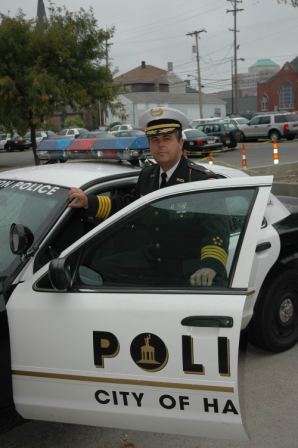 Class A uniforms are also known as full dress uniforms. These suits are complete with all the bells and whistles – medals, ribbons, pins, braids, and cords – and are normally worn for official ceremonies, such as the presentation of awards and when attending funerals.

However, many departments do not issue separate class A and class B uniforms. In those departments, officers interchange the two, wearing Class B uniforms for both ceremonies and for daily patrol wear. Uniforms may also be adapted for climate needs.

Uniforms are also available with special pouches for donut fans.