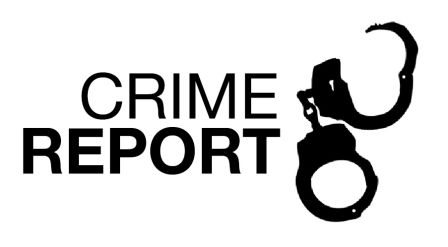 Police officers see people at their worst, and some of the cases they run across during the course of an eight-hour shift are absolutely bizarre. Believe me, the truth is far less believable than fiction. Like the stories of…

Kansas City, Missouri – Police found 74-year-old Carol Brown sitting in her recliner with her skin fused to the chair’s vinyl covering. Apparently, the elderly woman had suffered a stroke, and her adult son, James Owen, left her seated in the chair for weeks as his way of honoring his mother’s wish to die in her own home, not in a hospital. The woman was in bad shape, including a wound on her ankle that was infested with live maggots.

Authorities described the home as “filthy with a heavy smell of bodily fluids and feces.” However, even though police said Ms. Brown had the appearance of a living, barely breathing corpse, her son, out of the kindness of his heart, had fed her a few mouthfuls of chicken noodle and tomato soup while waiting for her die.

Summerville, S.C. – A sheriff’s deputy left his brand new patrol car at a Mr. Sign shop where it was to be detailed with logos and lettering. When the store manager went to the car to bring it inside to begin the work he found the police car, light bar and all, sitting on cinderblocks. Thieves had stolen all four radial tires…in broad daylight.

England – A man purchased what he thought was an IPad from a street vendor. After the seller walked away the man decided to have a peek at his new tablet, so he dug into the package. Needless to say, he must have a bit disappointed to discover that he’d just paid $318 USD for a bag of potatoes. I wonder if the ISpud will catch on in the States?

Cleveland, Ohio – Election day in Cleveland tuned ugly when a voter was accused of having his campaign sign too close to a polling place. Apparently, the act enraged poll worker James Williams to the point where he grabbed the voter and placed him in a headlock. With his victim firmly in his grasp, Williams then headbutted the man. Still not satisfied that he’d taught the sign-toter a lesson, Williams took his assault one step further by attempting to bite off the voter’s nose. Williams is now in police custody and more than likely won’t be working the polls next year.

Costa Mesa, Ca. – A 13-year-old girl brought home a not-so-good report card and, like all kids, I’m sure, dreaded sharing the news with her mother. I’m sure, though, the girl had no idea what was in store for her.

The girl’s mother, Bich Phuong Nguyen, became so enraged at the bad marks that she repeatedly hit the child with a stick and then locked her daughter in a closet for 6 hours as punishment for the failing grades. Is it just me, or does there seem to be a letter missing from the mother’s first name?

Galena Park, Texas – Officers Corrie Long and Terry Pena had a good thing going until the chief learned of their romantic relationship, a violation of a department policy that bans dating among officers. The pair was immediately suspended. During their time off, Officer Long decided to call off the relationship and, apparently in a warped effort to win back his girlfriend, Pena then decided to send nude photos of Long to the police chief. Pena then resigned.

But this convoluted tale doesn’t end there. Nope. Long has since filed suit against the chief because she claims he brought her into his office to interrogate her about the nude photos, which she says were displayed across his desk. She said the chief questioned her about various sex acts and locations where the couple had previously been having sex. The chief denies Long’s claims. This one sounds like a coin flip. A matter of heads and naked tails… 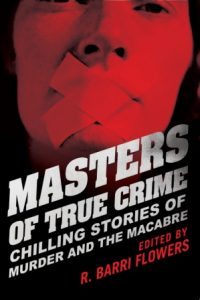 By the way, I’m pleased to announce that I have a true crime tale of my own coming out in a new book titled MASTERS OF TRUE CRIME: CHILLING STORIES OF MURDER AND THE MACABRE. The book is an anthology edited by Barri Flowers, the multi-published, multi-award-winning author of nearly forty published books of fiction and nonfiction, two dozen short stories, a handful of poems, numerous articles.

I’m also extremely pleased to be included with such a star-studded group of true crime authors, including Dr. Katherine Ramsland who wrote the foreword for the book. The anthology is scheduled for release in the summer of 2012 by Prometheus Books, home to authors such as Dr. Henry Lee, Michael H. Stone, and Cyril Wecht, MD, JD,