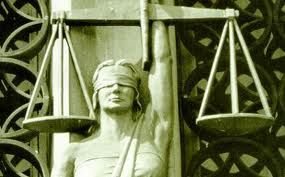 Unsolved crimes take on a whole new level of eerie attraction when it comes to missing-person cases: instead of the stone-cold whodunit murder with a body and clues, they revolve around unexplained disappearances and thus feel more puzzling than other crimes. Circumstantial evidence often presents itself later, allowing family, friends, and investigators to mostly piece together what happened, but the lack of finality makes an unsolved missing-person case feel like a situation that will never be resolved, no matter what’s learned.

1. The Springfield Three: In June 1992, three women went missing in Springfield, Missouri, and were never seen again. Fresh high school grads Stacy McCall and Suzanne Streeter attended a party on June 6, and planned to spend the night at the home of Suzanne’s mother, Sherrill Leavitt. When friends came by the house the afternoon of the 7th, the women were gone. The porch light was broken, but some friends cleaned it up, not knowing that the act and their subsequent entrance into the house was contaminating the crime scene. The women’s cars were still there, as were their valuables. No trace of the women has ever been found, though some investigators believe they may have been buried beneath a parking garage.

2. Maura Murray: UMass student Maura Murray had begun acting strangely before vanishing altogether on February 9, 2004. She told her teachers she’d be out for a week because of a death in the family, though no one had died. She took almost $300 out of an ATM, bought some alcohol, and drove away. She was involved in a car accident that night on Route 112 in New Hampshire, though she left the scene before cops could arrive. Her credit cards and cell phone were never used again. Searches turned up empty. Volunteer private investigators are still working the cold case, but the cause of Maura’s disappearance and her final destination have never been discovered.

3. Natalee Holloway: One of the most infamous and media-saturated disappearances in recent years – Greta Van Susteren and Nancy Grace pretty much made camp on the story – Natalee Holloway disappeared in May 2005 while vacationing in Aruba as a part of a trip to celebrate graduating high school. The last time she was seen, she was in the presence of local residents Joran van der Sloot and brothers Deepak and Satish Kalpoe. Each man would eventually be arrested multiple times in connection with the disappearance, but they’ve always been released because of a lack of evidence. The investigation into Natalee’s disappearance kicked off shortly after she didn’t show up for her flight home, and the subsequent searches have never turned up a body. The entire case is pretty detailed, but the fact remains that she’s missing, likely dead, and nowhere to be found.

4. D.B. Cooper: Long before being ignominiously referenced as a folk hero by Kid Rock, D.B. Cooper was a legend for hijacking a plane, stealing $200,000, and vanishing. On November 24, 1971, a man traveling as Dan Cooper hijacked a flight traveling from Portland, Oregon to Seattle, Washington. He claimed he had a bomb. The plane landed, booted the passengers, and collected Cooper’s ransom money before taking off for Nevada. Shortly thereafter, Cooper popped a rear door and parachuted out into the night, never to be seen again. It was a rainy night, and no one tracked his descent. In 1980, a young boy found some of Cooper’s ransom cash outside Vancouver, Washington. Authorities don’t believe Cooper survived, but no other trace of him has been found. 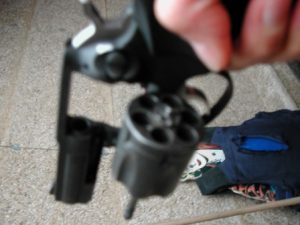 5. The Beaumont Children: The three Beaumont Children – Jane, 9; Anna, 7; and Grant, 4 – went missing near Adelaide, South Australia, in January 1966. They were playing on the beach and spotted by witnesses hanging out with an unidentified man, tall and blond. They were last noticed by a postman around 3 p.m., walking alone; after that, no one knows anything. Reports surfaced of a man seen with children that night, and later investigations would yield a few suspects (including the sadistic child murderer Bevan Spencer von Einem, but nothing ever panned out.

6. Ambrose Bierce: In a weird twist, an author remembered for a haunting story of death and illusion was himself the victim of circumstances beyond his control. In addition to “An Occurence at Owl Creek Bridge” and “The Difficulty of Crossing a Field”, Bierce was also a journalist. That roving spirit led him to journey to Mexico in his 70s and travel as an observer with Pancho Villa’s forces. He wrote a letter to a friend dated December 26, 1913, in which he wrote, “I leave here tomorrow for an unknown destination.” He was right. After that, no one ever saw him again. Rumors abound, but the truth remains unknown.

7. Percy and Jack Fawcett: On the hunt for the Lost City of Z, explorer Percy Fawcett and his son, Jack, went missing with a third man, Raleigh Rimmell, in the uncharted Brazilian jungles in 1925. He had actually left behind instructions for people not to search for him if he went missing, since he didn’t want anyone else to suffer whatever had befallen him. The men were never found, and the cause of their disappearance and their ultimate fate – whether murdered by local tribes or just dead from starvation or injury – was never learned. 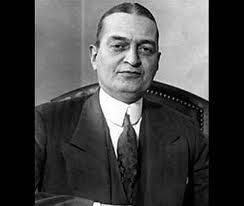 8. Joseph Crater: Judge Joseph Crater sparked one of the biggest manhunts of the early 20th century when he up and vanished without a trace in 1930. Leaving a wife vacationing in Maine, Crater returned home to New York City to do some business and see his mistress, Sally Lou Ritz. He bought a ticket (just one) to a show but instead went to dinner on August 6, with Sally and some friends. Earlier that day he’d cashed some substantial checks. After dinner, his friends watched him enter a cab and drive away, and that was the last anyone saw of him. Even more unsettling, Ritz disappeared a few weeks later, also never to be seen again. Some believe Crater was killed as a result of his ties to Tammany Hall.

9. Michael Rockefeller: Explorers naturally run a higher risk of going missing; think of Amelia Earhart. Michael Rockefeller, a fourth-generation member of the family, was with a Dutch anthropologist and a couple of tour guides off the coast of New Guinea in 1961 when their pontoon boat tipped over. The guides left for help, but it didn’t come for a long time. After a while, Rockefeller decided to try and make it to shore, three miles away. He swam off and was never seen again. The anthropologist was rescued the next day. No proof of his fate or evidence of his journey was found. Three years later, he was declared legally dead. 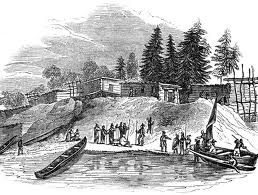 10. The Roanoke Colony: Not just one person or a group of people, this infamous unsolved case involves an entire town. The British colony of Roanoke was located in what’s now North Carolina. After struggling to make it there, a group settled in 1587 but was unable to receive timely resupplies because of the Anglo-Spanish War. When John White, a friend of Sir Walter Raleigh’s, finally returned in 1590, he and his crew found the colony totally deserted. There were no signs of a struggle and no messages left to show that the colonists had been forced out. Only the word “Croatoan” carved into a post at the fort and the fragment “Cro” carved on a tree remained, and those clues were more puzzling than not having any clues at all. Many theories formed about the colonists’ fate – maybe the assimilated with the natives, or struck out for home and died at sea – but their fate is officially a mystery.

Today’s article is courtesy of our good friends at Criminaljusticedegreesguide.com.