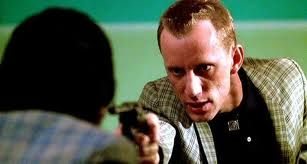 I saw a few comments floating around the internet yesterday about the writing skills of police officers. Those words prompted today’s blog post. Without going into detail I’ll simply provide the following.

Burcell is an award winning mystery author who spent over two decades working as a police officer. She served as a hostage negotiator, a detective, and as an FBI-trained forensic artist.

James O. Born has been a deputy U.S. Marshall, an agent with the DEA, and currently serves as a Special Agent with the Florida Department of Law Enforcement (FDLE). He’s also a very successful author who shares an editor with W.E.B. Griffith and Tom Clancy.

As an active-duty sergeant, Michael Black has seen some real action. He’s been a SWAT commander, a patrol supervisor, and a member of a raid team. He’s into weightlifting and the martial arts. He’s the classic tough-guy cop. And, he graduated from Columbia College, Chicago in 2000 with a Master of Fine Arts degree in Fiction Writing. He previously earned a Bachelor of Arts degree in English from Northern Illinois University.

ATF Special Agent Rick McMahan is an award winning author whose work has been featured in books such as Death Do Us Part, edited by Harlan Coben.

A former homicide investigator and hostage negotiator, John J. Lamb is a successful mystery writer who just happens to be married to a fingerprint expert.

It would take days to list all the cop-authors and I just don’t have that kind of time. But please feel free to peruse the Police Writers website to have a look at a rather long list of authors who’d probably disagree with the statement that cops can’t write fiction. 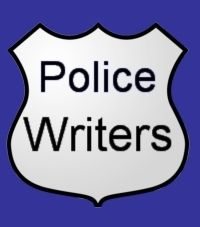