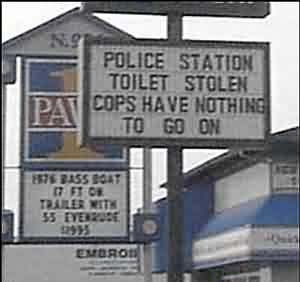 We’ve all seen it on TV and in movies, and we’ve read it in books. You know the scene, the one where the good guy draws his trusty six-shooter and shoots the gun from bad guy’s hand. Great shooting, huh? Well, darn near impossible shooting is what it is, especially when the good guy is in a stressful situation and must make a split-second decision. Like when his life may be ending at any moment!

However, two New York Assembly members, Annette Robinson and Darryl Towns, (neither of the two have a second of police experience), have introduced a “Shoot To Wound” bill. This dangerous piece of legislation would require law enforcement officers who are faced with life or death situations, such as being involved in a shootout, to shoot the suspects in the arms or legs, or maybe even perform the old movie trick of shooting the gun out of the criminal’s hand. The idea of the bill is to prevent the death of the suspect who is trying his best to gun down a police officer.

First of all, only the best of the best marksmen could come remotely close to shooting with such precise accuracy. It takes a lot of practice to become an expert sharpshooter, and practice is not something many cops have the opportunity to do. Ammunition is expensive. In fact, with shrinking  department budgets many agencies supply only enough rounds for annual mandatory in-service firearms qualification. SWAT teams and other special teams may be allowed extra ammunition for training, but not patrol officers and investigators, the cops on the front lines day in and day out. And then there’s the time thing. Officers work odd, long hours, sometimes for a couple days at a time if they’re working on a particularly time-sensitive case. But they have to sleep sometime. If not, fatigue can also be a huge factor in an officer’s reaction time during deadly incidents, as well as affecting the officer’s accuracy with shot placement. Therefore, heading to the range in lieu of grabbing a few hours sleep before working the graveyard shift just ain’t gonna happen.

Police officers are trained to shoot center mass. The center mass of a human, the torso, which is the largest target on the body and, obviously, the largest target would be the easiest target to hit when having to return fire in a shootout. Taking aim and shooting a suspect in the hand, arm, or leg while dodging bullets as they zip by your ears is simply not practical. At least shooting center mass gives the officer a fighting chance to stay alive.

Hands, arms, and feet are the fastest moving parts of a body, and attempting to hit one of those greatly decreases the officer’s chances of hitting her target. Actually, hitting anything that’s moving, on purpose, would involve some pretty good shooting. Add the fact that the officer could also be moving at the time of the shooting and you further decrease the chance of hitting a hand or arm.

Now, suppose the officer did manage to hit the approved target, a hand. So what. The suspect may be so intent on completing his goal of killing the cop that he switches hands to continue firing. Or, a shot in the leg would probably do nothing to deter a suspect who’s intent on killing a cop. How about the shooters who are high on meth? Those folks do some crazy, unexpected things.

I remember a guy who pulled a gun on police and was shot 33 times. He survived. In fact, he continued walking toward the officers. The shootout I was in with the bank robber is another good example. I shot the suspect 5 times, once in the head and four times in the chest (all were center mass shots—center mass of what I could see). Yet he still got up and made a final charge. A sheriff’s captain and I tackled him during his run at other officers. When we rolled him over he still had the gun in his hand. I can assure you that shooting the robber in the hand or foot was not an option. He was shooting at us and there was no time to take aim at a trigger finger.

What about the rounds that miss the hand and foot targets? I believe the percentage of hitting center mass targets during shootouts is below 20%. So that means there are already some stray bullets floating around neighborhoods and city streets during firefights. The number of missed shots would greatly increase if officers were forced to aim for much smaller targets. Besides, there are large arteries in the arms and legs. A single round to the femoral artery could cause a pretty rapid death. Dead is dead, no matter where the wound is located.

I think Vice President Biden best described this ridiculous bill best when he named it the “John Wayne” bill. 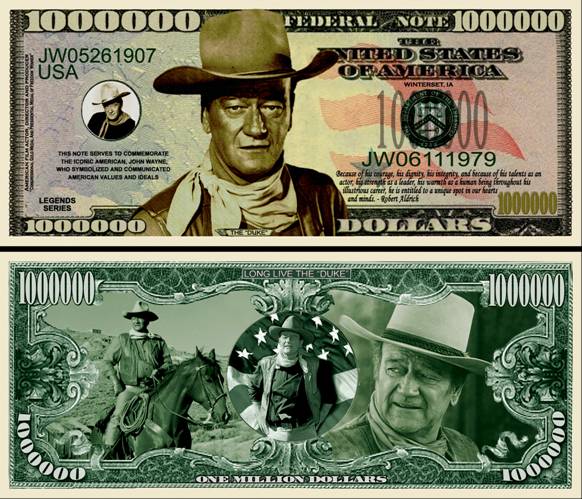 Hmm…that’s probably not what the VP meant…

I’ll say it again, no one can know what it’s like unless you’ve been cursed at, hit, slapped, stabbed, cut, spit on, and shot at. Ah, a cop’s life. It’s all glitz and glamor.