Or, is Joe Arpaio simply one of the best self-promoters of all time? Think about it, how many books could you sell if you had this famous lawman’s platform? Certainly, not everyone agrees with Sheriff Joe’s policies, but the man sure knows how to pitch what he’s selling…himself.

But, is Joe Arpaio really qualified to sit at the helm of the fourth largest sheriff’s office in the country (over 3,000 employees and over 10,000 inmate in his jail system)? He sure has a very impressive resume.

According to Arpaio’s website, he has an extensive military and law enforcement background, including stints in the U.S. Army, local police departments, and the DEA, where he ended his federal tenure as head of Arizona’s branch of that agency. He became sheriff of Maricopa County in 1992, and has been there since, having been re-elected for five, four-year terms.

Let’s have a closer look at the man who forces inmates to wear pink underwear and socks. He also issues them pink towels and washcloths, and his deputies use pink restraints when shackling county prisoners. Actually, outfitting crooks in attire that’s on the sweet side of red just might be a stroke of genius. Why? Because, I imagine it’s a bit difficult to carry on as a badass gangbanger when you’re dressed like somebody’s kid sister on her way to a Barbi-themed sleepover.

However, the pink underwear thing is really minor when you consider Sheriff Joe’s other headline-making policies. Why do people think he’s so tough? How about these facts, for starters:

– Arpaio removed cable TV from his jail. A court order forced him to reinstate it due to federal law. So, Arpaio complied, but only connected The Disney Channel and The Weather Channel. When asked why The Weather Channel the sheriff replied, “So they’ll know just how hot it’s going to be when they’re working on my chain gangs.”

– Male and female prisoners each work on Arpaio’s chain gangs. The sheriff started the female chain gang because he didn’t want to be sued for discrimination. 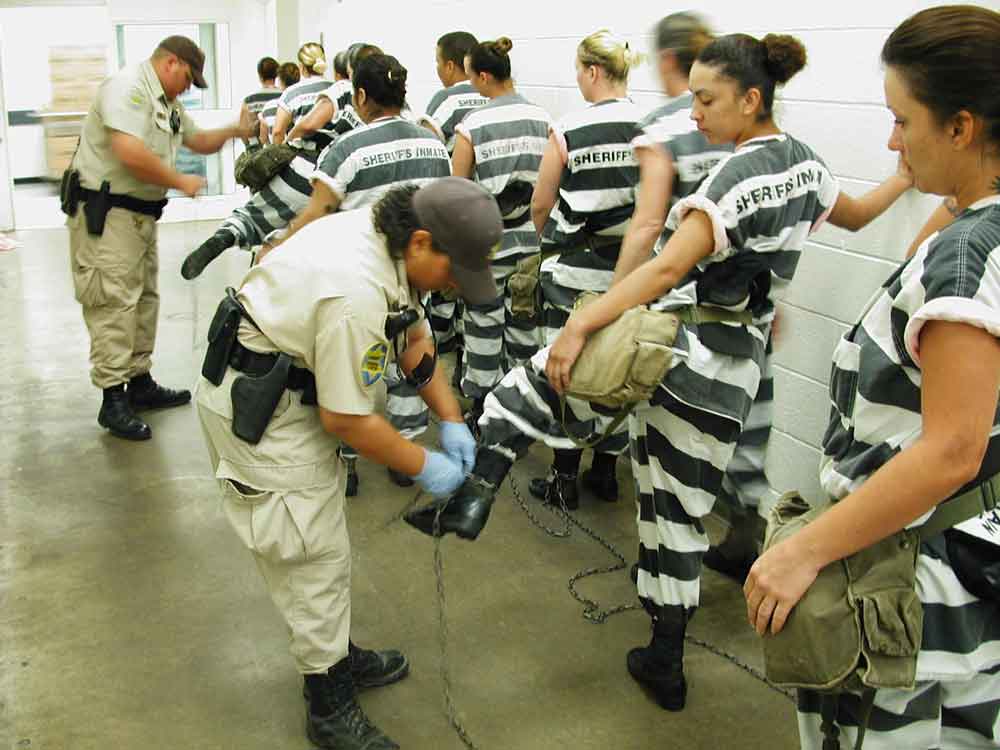 – Inmate meals cost the sheriff’s department less than $.40 cents each. His prisoners are served only two meals each day, often featuring green bologna. The prisoner’s are required to pay for their food. Arpaio touted, “It costs more to feed our police dogs than our inmates. The dogs never committed a crime, and they’re working for a living.”

_ Inmates are not allwed to have coffee or cigarettes. When they complained, Arpaio said, “This isn’t the Ritz Carlton. If you don’t like it, don’t come back.” Cutting out coffee alone saved nearly $95,000 per year.

– Maricopa County, Sheriff Joe’s bailiwick, used to spend $18 million dollars per year to run the animal control department. Officials wanted a change, so they placed the animal control division under Arpaio’s command. The sheriff revamped the entire department, staffing it with prisoners who now run the operation. They feed and care for each animal, and they even teach classes to prospective pet owners on how to properly care for a pet. The department now operates on an annual budget of less then $3 million, a savings of $15 million each year. And, the inmates are doing something worthwhile, instead of spending their time playing dominoes or spades. Sheriff Joe’s animal shelter is a “no kill” facility. The goal is to find owners for each of the animals.

But, Sheriff Arpaio is probably best known for his relentless campaign against people who’ve entered the U.S. illegally. The sheriff’s policies regarding illegal immigration have definitely ruffled the feathers of many people. Actually, feather-ruffling is a rather mild term considering the number and type of complaints and accusations against Sheriff Arpaio. His accusers claim that he has abused his powers as sheriff, illegally violating people’s constitutional rights.

Recently, the Arizona sheriff found himself testifying at a deposition regarding a racial-profiling suit against him and his department. Until this hearing I don’t believe I’d ever heard Sheriff Arpaio back down from, deny, or waiver in his beliefs and commitments. However, when he took the stand several days ago, suddenly the Toughest Sheriff in America began to stutter like Porky Pig. In fact, his testimony began to sound a great deal like that of George W. Bush’s  former sidekick, Attorney General Alberto Gonzales. 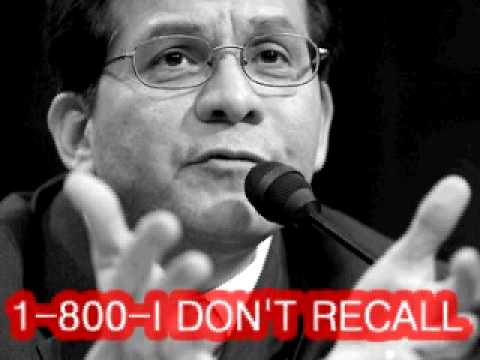 What happened to the sheriff who wasn’t afraid of anything, or anybody? Where’d he go?

While I don’t always approve of the sheriff’s policies, I have certainly respected him for standing firm on his beliefs. His sudden lack of backbone and convenient lapse of memory was very surprising.