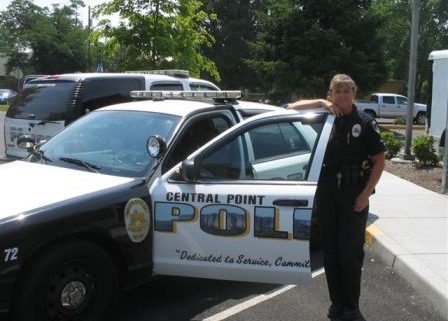 * Due to yesterday’s technical difficulties we have asked Sergeant Toni Winters to join us again today. She will be available later in the day (she’s on the west coast) to answer your questions regarding officer training and hostage negotiations. Feel free to ask other police-type questions too. Sorry for the troubles.

Police Sergeant Toni Winters
I was born and raised in Medford, Oregon and have four grown children and two wonderful grandchildren. I started with the Central Point Police Department in March of 1987 as a Reserve Police Officer. I was hired as a dispatcher in August of 1987 and then hired as a Patrol Officer (first female hired here) in February of 1988. I was promoted to Sergeant in 1996 (first female supervisor). One of my big passions is hostage negotiations. I am a member of the Western States Hostage Negotiators Association and spent four years as the Secretary and a little over two years as the President of the Association. During that time I served on the National Council of Negotiators and was very fortunate to be able to travel all over the Country.

Even with my almost 22 years in Law Enforcement with the same agency, I still have the passion to come to work. Although, I must say that retirement in a little over four years is something I am looking forward to. I took golf up about six months ago and I have the bug to go play all the time.

In 2006 I attended the National Community Oriented Policing (COPS) conference in Washington, DC. During the conference I was introduced to a new idea in regard to police training. I learned that the COPS office had made available grant funds for an agency to develop an alternative model to the current Field Training and Evaluation Program. The COPS Office was interested in a new program that would incorporate problem based learning and community policing activities.

I had learned that in 1999 the Reno Police Department stepped to the plate and said they would research and develop the new program. In 2001 they were ready to test the new Police Training Officer Program. The Reno team wanted agencies that had the resources to test and evaluate the program. Reno Police Department was the initial “beta” test site. Additional tests sites were Lowell, Massachusetts; Savannah, Georgia; Colorado Springs, Colorado and Richmond, California. Some of the test sites did well while others experienced difficulty with the program. Eventually all were able to implement the program with various levels of success.

I must admit that during my “learning” experience at the conference I didn’t really pay much attention to the program. I figured, like most of us that have been in law enforcement for 20 plus years, “why fix what isn’t broken”. I was after all a Field Training Officer. I trained several new police officers and hey, they turned out ok. Why would we want to change? So, I came back from the conference, filed away all of my “stuff” on the program and went about being the best Sergeant/FTO that I could.

In October of 2006 my Chief went to the National Chief’s of Police Conference and spoke at one of our staff meetings about this great new program he had heard about, the Police Training Officer Program. My ears perked up and I mentioned that I had also heard about the program. So this set into motion my challenge of now learning more about the program and developing it for our department.

I first contacted the source, the Reno Police Department. In November 2006 another Sergeant and I travelled to Reno and met with David Ponte, one of the original designers of the program. We were given an in depth view of the program along with their PTO program manual, although I must admit not a lot was done in the development of the program until April of 2008 when Officer’s from the Lakewood Police Department (Washington) and the Corvallis Police Department (Oregon) came to our area to train Police Training Officer’s. At this class, I learned that there was only one other agency in the State of Oregon that was currently using the Police Training Officer Program and that was Corvallis. There were five from my department that attended the training.

The program is based on problem solving and community oriented policing and it puts the emphasis on the PTO being a trainer rather than an evaluator. The PTO program can range from fifteen to seventeen weeks, depending on the needs of the department. One of the nice things about this program is that it can be modified to fit the needs of your agency.

The program is broken out into different phases, which are:

At the beginning of Phase A the recruit is given a Problem Based Learning Exercise. The PBLE is a real life, ill structured, problem which allows the recruit to go through a process to find answers and solutions. The PTO encourages the recruit to use resources within the department and most importantly in the community to solve the problem. It forces the recruit to use what knowledge they have and gives them an understanding of what they still need to learn. The recruit works on the exercise during the six weeks he is in Phase A and Phase B. It is due prior to his Mid-Term Evaluation. The recruit is then given a different PBLE at the beginning of Phase C and it is due at the end of Phase D.

Also at the beginning of Phase A the recruit is given a Neighborhood Portfolio assignment. For this assignment the recruit picks a geographical area in their city and they need to research that area. They will look at the geography, the demography, the crime patterns, problem solving efforts, the various resources in that area, the community groups and actionable items. They then write a report on that research including any projects they develop. Normally this report is due prior to the final evaluation but we decided that because of the lengthy research required for this project that we would move the due date to a month after their final evaluation.

One of the things unique about this program is that when the recruit is assigned to their PTO they are both given journals. They use the journals to document how they felt the call was handled and how things could have been done differently. The recruit then uses the journal to write the weekly Coaching and Training Report.

Each phase of the recruits training has core competencies that are broken out on a learning matrix. Without seeing the matrix it is a little difficult to explain in words how it is used, but the recruits must demonstrate knowledge of each core competency. There are 17 core competencies and an example of some of them are police vehicle operations, conflict resolution, use of force, problem solving skills, legal authority, officer safety, communication skills and others. Two core competencies that we found interesting, because it really was never addressed in the Field Training and Evaluation program is lifestyle stressors/self awareness/self-regulation and ethics.

Once the recruit finishes Phase A and Phase B they are assigned to a Police Training Evaluator, which would most likely be the Sergeant in charge of the PTO program or a different PTO. This is a one to two week period where the recruit is only evaluated on his performance based on the core competencies. The recruit is then assigned a new PTO for Phase C and Phase D.

After completing Phase C and D the recruit appears before a board of evaluators, in our Department it would be a different PTO than one that had been previously assigned, the Sergeant in charge of the PTO program and the Lieutenant in charge of training. The board will ask questions of the recruit based on his weekly reports. The board will then make the decision as to whether the recruit is ready to go out on solo patrol or whether the recruit needs further training. That report gets forwarded to the Chief of Police for review.

In May of 2008 we had two of our newest employees go through the program. They both were released from the PTO program into solo patrol in September.

In evaluating ourselves and our new program we made very few changes. One of the changes was when the Neighborhood Portfolio was due and another change was in regard to the CTR (weekly training report). It was originally designed to use one case during the work week to address all the competencies. This may work for the larger departments but we found that it didn’t work for us because of case volume. We changed it to include any cases handled during the week and the report could include parts of different cases. Also during our self evaluation we did find that the paperwork involved in the PTO program seems to be significantly higher than that in FTEP and the CTR’s do take an extensive amount of time to complete.

One other small issue that we in Oregon had to deal with was that the Department of Public Safety Standards and Training did not recognize the PTO program enough for agencies to get away from having to complete the Field Training Manual. We did a little research and found that the majority of the knowledge/skills that are required to be demonstrated in the FTEP manual are covered during the four phases of training. So signing off the manual didn’t turn out to be as big of an issue as we thought it would be.

Even with the few things that we changed and with the extra paperwork and time involved in this program, we truly believe in it. We are happy with the outcome of our two recruits and we look forward to training our next recruit who will begin the program in March of 2009. 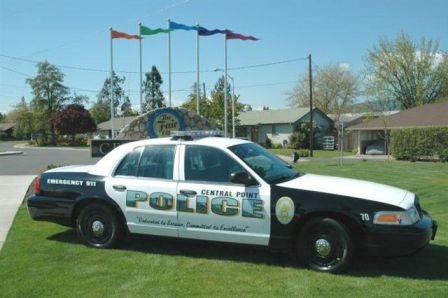