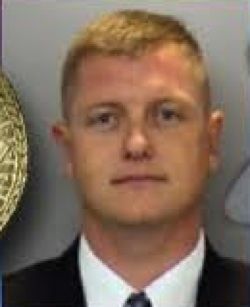 Last week, I reported the shooting death of San Diego Police Officer Jeremy Henwood. Officer Henwood approached a traffic signal and pulled alongside a black Audi to wait for the light to change. The driver of the Audi, Dejon Marquee White, a 23-year-old with a record of minor offenses, then pointed a shotgun at the officer and fired. Officer Henwood died as a result of the shotgun blast. His family and fellow officers from his patrol team were at his hospital bedside when he passed away.

Dejon White had already shot someone else earlier that day before his encounter with Officer Henwood, and probably thought the officer was closing in to make an arrest. But we’ll never know that for sure because White was killed later during a shootout with police. Prior to shooting Officer Henwood, White had left a two-page suicide note. He’d planned to die in a shootout with police.

But there’s a one event that most people do not know about this day, and that’s what Officer Henwood did during the final moments before he was shot. Here’s an NBC Nightly News video that shows Officer Henwood doing what all good cops do.

Visit msnbc.com for breaking news, world news, and news about the economy