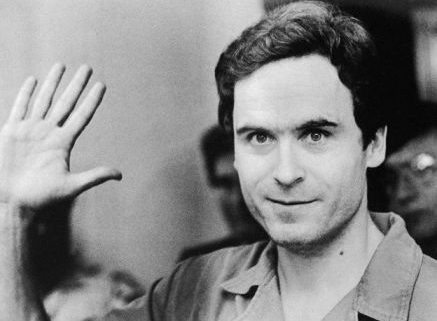 In life, Theodore “Ted” Bundy exuded charisma and charm. He was a good looking man who had no qualms about killing. He was tied to murders in six states, but he claimed to have killed many more, possibly as many as 30. He’d been arrested for murder in Colorado but escaped custody and went on to kill again—three times—while he was on the run.

Bundy not only killed his victims, he also visited the corpses in the hidden locations where he’d disposed of them. There, he’d sometimes have sex with the decomposing bodies. He even professed to be the “most cold-blooded son of a bitch you’ll ever meet.”

But Ted Bundy was eventually caught and received three death sentences in two separate trials for three murders in Florida. And it was the killing of 12-year-old Kimberly Leach that landed Bundy in the electric chair in the Sunshine State’s Raiford Prison. He was executed in January 1989.

Now, even after death, Bundy has made his way back into the spotlight. A vial of his blood, drawn in 1978, was recently discovered in a Florida clerk’s office refrigerator (what, no one noticed this stuff sitting next to the tuna sandwiches, Hot Pockets, and Diet Coke, for 33 years?).

DNA use in criminal cases hadn’t begun when Bundy started his killing spree, therefore, his DNA profile was not in any database. So, Bundy’s new-found blood sample has now been entered into CODIS (Combined DNA Index System) with hopes of solving a few cold cases. In fact, Bundy’s DNA will soon be examined for comparison to evidence from the murder case of Bundy’s former Washington neighbor, 8-year-old Ann Marie Burr. The case was never solved.

Hopefully, with the discovery of Bundy’s blood will come closure for many families.

You know, it’s a real shame that killers like Bundy can only die once.

One of the country’s leading experts on serial killers, Dr. Katherine Ramsland, will be presenting a special workshop at the Writers’ Police Academy on September 23, 2011.

Followon TwitterSubscribeto RSS Feed
So It’s Your First Day In Jail: Here’s What You Can Expect