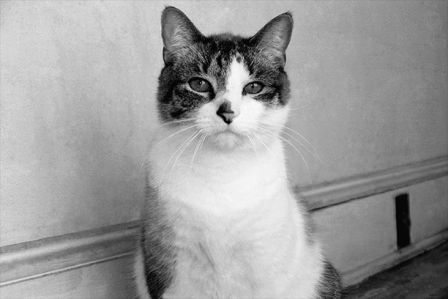 Olympic swimming superstar, Michael Phelps, was photographed while holding a glass tube to his lips. That’s it. That’s what the photograph shows. Nothing more. Sure, the glass tube is probably a bong that’s used for smoking marijuana, and I’ll go out on a limb here and say that Phelps was probably inhaling deeply, and he was probably zonked out of his gourd. But that doesn’t change the fact that there’s no proof of drug use, right? All Phelps admitted to in his media statement was that he’d engaged in childish behavior.

So, is there probable cause to arrest Phelps and other party-goers based on this photo alone? Well, Sheriff Leon Lott of Richland County, S.C. thinks so. In fact, he’s already had his deputies arrest over a half dozen people who were present when the horrendous “crime” was committed.

Sheriff Lott is no dummy. He’s a career police officer with a very impressive background. Here’s an excerpt from the bio on his website:

Sheriff Lott came to the Richland County Sheriff’s Department in 1975 as a patrol officer. He advanced thereafter to various positions, including Criminal Investigator, Narcotics Agent, Lieutenant and Captain of Narcotics Division, Administrative Captain, Uniform Patrol Captain, and Watch Commander. In 1993, Sheriff Lott took the position of Chief of Police of St. Matthews, SC.”

Obviously, Sheriff Lott is well-versed in drug crimes. He was in charge of the Narcotics Unit for goodness sake. So why does a sheriff with such an impressive background decide to go after a group of young folks for what’s seemingly a very petty offense? Would he have issued warrants if the person in the photo was an unknown goofball named Joe B. Dumb instead of megastar Phelps? Would the good sheriff put forth the same effort if he wasn’t an elected official and depended on the voters of Richland County for his income?

What is Lott’s motivation for pursuing such a minor case? What are your thoughts? Should Micheal Phelps and his friends be prosecuted? If not, why?

And – Michael Phelps has a previous DUI conviction. Does he have a problem with substance abuse?

* I do not approve of any drug use, nor do I approve of any illegal activity. I do not know Michael Phelps or Sheriff Lott. I’m sure they’re both fine people. Their records speak for themselves.

The Grip: New Bling For Prisoners
Scroll to top