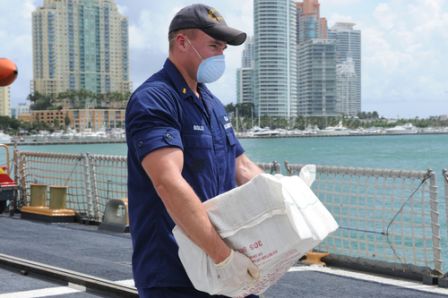 Cocaine has been around for over 100 years. It’s use and abuse is not new. It was once used in many over the counter elixirs, and it was even one of the key ingredients in Coca Cola.

Powdered cocaine can be snorted, mixed with water and injected, or smoked.

Crack cocaine is made from cocaine powder by cooking it in a mixture of baking soda, and water. The name “crack” comes from the sound the drug makes when it is heated.

LSD was first synthesized in 1938 for possible medicinal use. It was derived from a fungus found on rye grass. Today, the drug can be sold on the street in pills, capsules, and in liquid form. Drops of liquid are often placed on the individual squares of blotter paper. The dealer sells these small squares to users.

Blotter acid is sold in individual squares of blotter paper.

Methamphetamine is one of the most widely used drugs in the country, especially in the Western and Midwestern areas of the U.S. Long term effects of the drug include, extremely violent behavior, paranoia, hallucinations (auditory), extreme paranoia, and delusions. The user often experiences an intense sensation of insects crawling across the skin, which results in obsessive scratching and tearing of the flesh. Users may also pick at their skin causing open sores called crank (nickname for meth) craters. Long term abuse of meth can also detroy teeth.

Destruction of teeth and gum tissue is a classic sign of long-term meth abuse. More signs of meth abuse (before and after). Note the obvious sores on the face (crank craters).

* Thanks again to the DEA for the use of the images on this site and in my book.