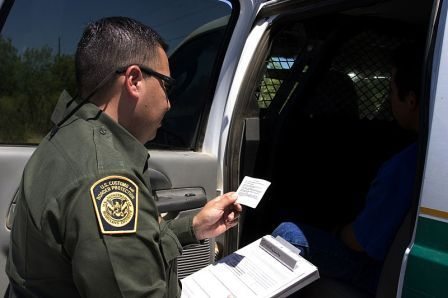 Interviews and interrogations are often taped, but a good interrogator will still make good use of a pen and paper during questioning. An effective interviewer will make a written response to each question answered by the suspect. This almost seems silly when each response is recorded by audio and video equipment.

However, there is a perfectly logical explanation to this seemingly double-duty. When posing questions to innocent subjects, the period of silence that passes while the investigator pens the question and response is simply met with a comfortable beat of passing time. The innocent subject merely waits for the next question. No problem. He has nothing to fear.

A guilty suspect, on the other hand, is quite uncomfortable with the period of silence that accompanies the period of note-taking. This behavior is easily detected by a seasoned investigator. In fact, a less than truthful subject may even change their responses during the periods of planned silence. A guilty party, for example,  sometimes shifts uncomfortably in his seat, breaks eye contact, attempts to read the investigator’s notes, picks at his clothing, and repeatedly clears his throat.

Again, the innocent party simply sits quietly waiting for the next question. Or the rubber hose.

– Police in Massachustts are using ShotSpotter technology to pinpoint the location of gunshots. Audio sensors are placed in strategic locations throughout the cities, and the second a shot is fired its location is marked on a map that guides officers to within a few feet of the scene. In many instances the reaction is so quick that officers arrive on the scene in less time than it would have taken to make a 911 call.

– I had a wee bit of good news from my doctor yesterday. At least we may know a cause for my mysterious post-surgical illness. Let’s just hope I’m on the way back to whatever is normal for me.

-Anyone with news they’d like to post on the bulletin board please send it to me at least a day or two in advance.

– Those of you guest bloggers who missed your turns while I was out sick please contact me so we can reschedule. I feel really bad about missing those deadlines for your book releases. I’m still far from well, but we’ll try to move forward a little at a time.

– Thanks again to all of you who wrote me nearly every day to check on me. You guys are great friends. (Janet Reid, I don’t care about that tough-girl image you have. You’re a doll to me. Thanks for checking on me so often).

– I don’t know if having a famous medical examiner, Jonathan Hayes, ringing you up to check on the condition of your health is a good thing or not. Seems sort of like the Grim Reaper calling to count down the minutes, but thanks for calling and checking on me.

Oh, and a big thanks to my surgeon, his staff, and the folks at the Newton-Wellesley ER who pulled me back from the flat line last Friday.

Guys, if I didn’t answer your emails, well, blame it on the pain meds… At least they worked just fine…