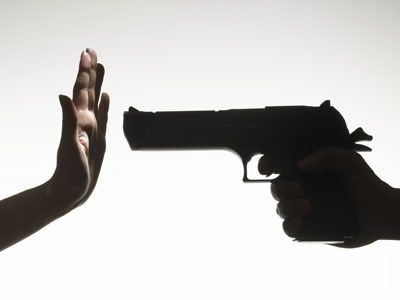 In prehistoric times, when crime-solving technology was basic, almost non-existent, evidence-matching was a daunting task. Remember those days? You know, way back in the early 2000’s… Well, bullet-to-firearm matches were especially tough in those oh-so-distant times. Investigators first recovered spent ammunition, the bullet or bullet fragments and/or the part of the round that once contained the powder (cartridge). Then they set out on the mission of trying to match those bullet parts to the weapon that fired them. 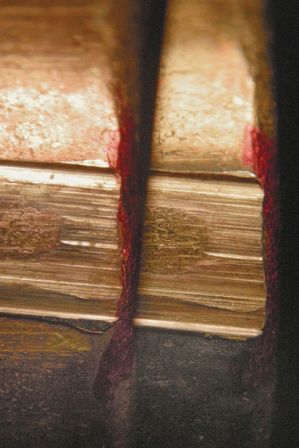 Markings on the surface of a fired bullet – Larry Reynolds photo 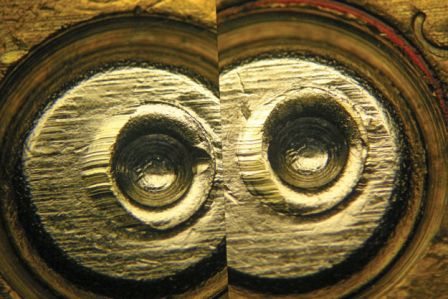 To do so, they examined the recovered evidence for specific markings left behind by the firearm—lands and grooves left by the pattern inside the gun barrel, and firing pin and ejector marks left on the cartridge.

Then, investigators set out on the mind-numbing task of manually searching scores of image databases and other evidence comparison collections, hoping to locate a match to their piece of evidence. And it sometimes took forever and a day to find a match, if then.

Well, in 2003 a new star in the evidence-matching world was born…IBIS. The Integrated Ballistics Identification System. IBIS is totally automated, much like the AFIS and CODIS systems (fingerprint and DNA systems). Once IBIS hit the scene, investigators were able to enter an image into the system, starting a search of images from all databases AND from all current, on-going, and past crime scenes. And all this is done automatically, without having to paw through page after page of pictures.

But, it’s still not like you see on TV. There’s no moment where an image of a bullet pops up on a computer screen next to a picture of a suspect, complete with the thug’s address, phone number, and shoe size. 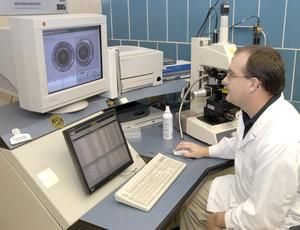 Investigators still must compare the items by hand and eye to determine that the two images, the image of the evidence and the database image, are indeed a match.

Followon TwitterSubscribeto RSS Feed
How To Approach A Cop: Getting Answers For Your WIP