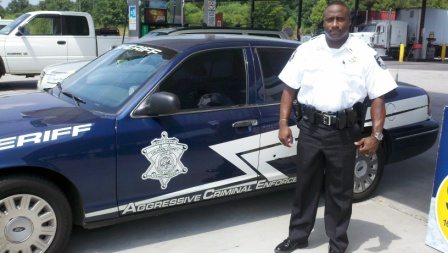 As many of you know, I field an awful lot of questions from writers—“What kind of gun does a detective carry?” “What are all those little thingy’s on a cop’s gun belt?” “Do police officers have to take off their gun belts when they use the restroom?” And the ever popular, “Have you ever shot anyone?” But, I’m guessing the number one question of all time is, “How do I approach a police officer to ask him questions for my work-in-progress?”

Most police officers are actually quite willing to help you out, if you just ask. That’s the key to this whole problem. You’ve got to ask. I promise, the officer will not bite…well, maybe you shouldn’t try this during the noon buffet at the local Chinese restaurant…but under normal circumstances you’ll be fine. But don’t be shy!

Here’s a great example. I travel a lot, especially between our place in Georgia and our home near Mayberry (Hey, Barney!). The drive takes approximately six hours which translates into just over a tank of gas. So, during one of my fuel stops I happened to park beside a patrol car. The driver, a sheriff’s lieutenant, was cleaning the windows and pumping gas into his blue-and-white marked car. (Learn the various collar insignias. Officers appreciate being addressed by their rank, especially the officers with gold bars, stripes, stars, and eagles on their collars).

The markings on the officer’s patrol car, “Aggressive Criminal Enforcement,” is not something you normally see on a police car and it obviously had attracted a bit of attention. Customers were casually walking past the car, chatting among themselves. I heard one lady say to her companion, “I wonder what that means?” A man walked past, turning his head so hard to the right he looked like an owl. Two women walked up and pretended to talk about a business across the street while actually getting a better look at the police car. As they walked away one said to the other, “I wish I knew what he did.”

Well, you know what? At that point I was wishing I knew what the lieutenant did, too. So, you know what I did? Yep, I went completely crazy and did the unthinkable…I walked over and before I could stop myself, I heard these words fall out of my mouth, “What exactly is Aggressive Criminal Apprehension?” There. I’d done it. I’d gone where no writer dares to go. I asked a cop a question. Right there. Right out in the open where the whole world could see. And an amazing thing happened.

Without blinking an eye, that well-armed, muscular police officer turned to face me. Our eyes locked. A bead of sweat trickled down my back. He took a deep breath. So did I. And then it happened… He answered my question. And he did it with a smile on his face. You see, Lieutenant S. Graham of the Calhoun County S.C. Sheriff’s Office is extremely proud of the work he does. 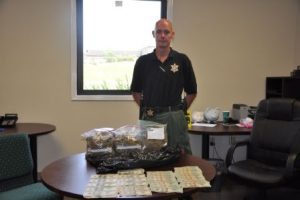 For example, you all know that interstate highways are used to transport narcotics. Calhoun’s A.C.E. unit patrols the interstate looking for the indicators of drug trafficking (I can’t tell you what those indicators are…for a cop’s eyes and ears only…or, another blog post). I’ve worked drug interdiction in the past and the time spent working the highways really pays off. Believe it or not, the simple question, “May I search your car?” yields tons of dope arrests each year. Why people say yes to that question, knowing they have a dozen kilos of coke in the trunk, amazes me.

Each member of the A.C.E. team receives specialized training in the detection of narcotics and the workings of narcotics cases.

A unit such as Calhoun’s A.C.E. is extremely beneficial to the department. I once headed up what we called “Street Crimes Unit,” which functioned basically the same as Lt. Graham’s team. Not only was the unit effective against drug crimes, it allowed patrol officers to devote the majority of their time to answering calls and, well, patrolling.

Anyway, after the lieutenant and I finished chatting, I asked if he’d pose for a photo for my collection. Afterward, we shook hands and promised to stay in touch, and I headed back to my car (the gas pump had long ago clicked off). But, by this time a small crowd had gathered to see what was going on. Well, as I walked away the crowd moved toward Lt. Graham.

Just as I was was sliding into the driver’s seat I heard a woman ask, “What’s Aggressive Criminal Apprehension?” I saw Lt. Graham turn to face her. The two locked eyes. And that same big smile split the lieutenant’s face as he started the story all over again, this time to a half-dozen people.

So, I have this response to the most-popular question of all time…Just ask and they will answer. 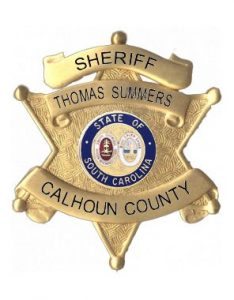 *My thanks to Lt. S. Graham for answering my questions. It was 100 degrees in South Carolina that day. And it was even hotter standing on the asphalt. Also, thanks to Calhoun County Sheriff Thomas Summers and his dedicated deputies. The residents of Calhoun County are in good hands..