Your first call of the day shift is not supposed to be like this. Summers are hot, even in the morning and here you are, responding as CSI to a “suspicious smell” call to 911, before 10 AM. Maybe, it’s just an animal hit by a car. They can really stink up a large space this time of the year. As you pull off of Stanford onto Delivery, you pick up the smell, even with the windows up in the van and the A/C on “MAX.”

As you exit your vehicle, the acrid sour stench invades every part of your sinuses. The eyes begin to water, your mind races as to the source of the emanation. The yellow crime scene tape hangs limp, as if melting in the morning heat. The first officer on the scene meets you from the other side of the tape, her face a mask of disgust and indifference as she greets you.

“It’s a nice one… shallow grave,” Deputy Morales states, her hand held closely over her mouth. “Glad you’re here. I hope you are up to this. Why does my shift always get the nasty ones?”

A decomposing human body is a complex challenge to the crime scene investigator. It’s not just the smell; you get used to that. Usually, the body has been left in a small place that, minute by minute, is rapidly decaying or breaking down into component parts. No matter if the deceased is inside a structure or outside, you are racing against time to photograph and process the scene before the key evidence to help bring justice to those who are responsible for the heinous act is lost forever.

What does the crime scene photographer or evidence technician face when he or she reaches the scene of a grisly death? How does one get over the “complications” of smell, sight, feel… did I mention smell, of death in a found body event? Couple these concerns with the certain invasion of ants, flies, beetles, and wasps, whose sole function is to eat as much of the crime scene as possible before their own life cycle comes to an end, and you are facing a daunting task to bring justice to another victim of man’s cruelest inhumanity to man- cold-blooded murder.

In this September’s Writers’ Police Academy, a new interactive learning experience has been added to the already impressive line-up of classes, workshops and labs planned for the WPA participants. At least two sections of “The Shallow Grave Crime Scene” will be held during the event, to give the writers first hand contact with a buried body crime scene. The sessions will not be just another classroom examination of a topic, but will provide session attendees the opportunity to actually step into a simulated human remains burial site. Participants will have the opportunity to go inside “the tape” and photograph the scene, and potential evidence found there. Writers in attendance of the sessions will be exposed to the sights AND smells of a realistic shallow grave site. 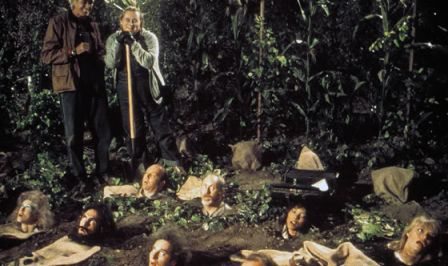 In modern American crime fiction, as well as true crime works, thousands of characters have found themselves placed in a hole and covered with soil. Most writers have to envision the task of digging a space large enough to conceal a human corpse based on the literature, or films they have encountered. In these sessions, individuals will actually take part in the digging of a shallow grave. Participants will know the hard work and complexities that accompany the efforts to conceal violent behavior, as they will be exposed to the tools of the killer’s trade- the shovel, the pick, the bag of lime, and black plastic. Participants will learn the importance of each tool and will be able to add this realistic opportunity to their repertoire of life experiences.

The Writers’ Police Academy, scheduled for September 23-25, 2011 at Guilford Technical Community College in Jamestown, North Carolina is THE place for crime novelists to come and experience many of the things they write about. As an instructor, the WPA gives us the opportunity to share tips and techniques, theories and facts to help provide that “extra spark” of realism in a novel or true crime book. In this day of real trials, real crimes and real criminals, the WPA hopes to lift the writer above the rest, giving their work the gritty veteran level of knowledge that will separate them from just another book.

If you want to see and smell the crime scene as you have not experienced it before, and use the tools of the cold-blooded killer to create a “hiding” place for your prey, you may want to attend the “Shallow Grave Crime Scene” workshop. Come prepared with your digital point-n-shoot camera, or the trusty old 35mm film camera. Crime scene photographs will be limited to those registered for the workshop. 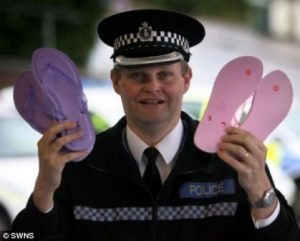 Sturdy footwear, like athletic shoes, will be the shoe of choice for this event. We are going to be in the woods, flip-flops, sandals, fuzzy bunny slippers or other thin forms of “scoots” may not suit you. 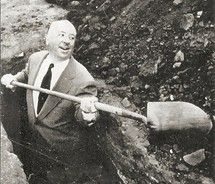 If you are going to dig, have a pair of gardening gloves or leather hand protection from Mr. Mattock or Mr. Shovel. Knit mittens won’t last long, especially with perspiration levels at high during the course.

If you have questions, contact me at Guilford Technical Community College at welanning@gtcc.edu or get with Lee. He knows how to find us.

See you in September,

Running Away
Scroll to top