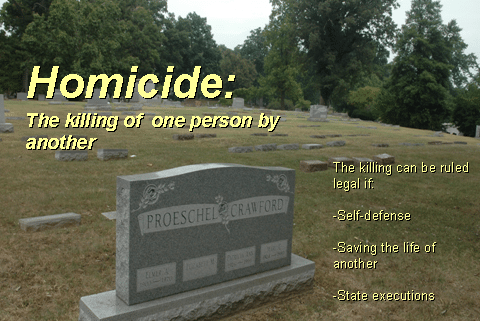 No two homicide investigators are alike. They’re the snowflakes of law enforcement. But the sleuth’s appearance is not the issue here. I’m talking about the way investigators solve their cases – their methods of operation.

One detective may prefer to conduct spiral searches, while another may think there’s no search pattern as accurate as a grid search. Some investigators prefer to gather their own evidence; others rely solely on crime scene technicians. Some wear uniforms, some wear suits, and others dress in jeans and golf shirts. Some carry 9mms or .45s, and others arm themselves with smaller .380s or five-shot revolvers.

No matter how they dress, act, and protect themselves, the one thing they all have in common is the desire to solve a case. Most detectives won’t rest until they have the suspect safely tucked away in a jail cell.

All detectives know certain procedures should be followed when investigating a murder, and the beginning of the case is just as important as the end. No stone should be left unturned, literally.

The beginning of the case normally starts with a patrol officer’s response to a 911 call.

1. Patrol officers should use caution and be vigilant when approaching a murder scene. Evidence, such as tire tracks and footprints could be easily destroyed, and the officers could very well pass the killer on his way out.

2. If the victim is still alive officers should begin first aid, and call for emergency medical assistance. They should also make note of their time of arrival and the condition of the victim, and of the scene. If they’re busy, and unable to write, they can use their radios to relay information to the dispatcher or another officer. Those conversations are recorded.

3. An officer should remain with the victim in case he makes any statement (dying declaration).

4. Officers should make every attempt to photograph the scene before any evidence is destroyed by EMS personnel.

5. Patrol officers should notify their supervisor when there’s been a homicide. They may also be required to call detectives to the scene. And, they may be required to notify the coroner of the situation.

6. Securing the scene is an important part of a homicide, and it’s a task that’s normally handled by patrol officers. To properly secure a crime scene officers should use barrier tape, or some other similar means of identifying the boundaries of the scene. Then they must keep all unauthorized people outside the boundary. This includes the press, family and friends of the victim, and even other police officers. 7. First responders should also make sure witnesses are separated. They should also take preliminary statements from witnesses, if possible. This deters the witnesses from changing their stories.

8. Unless a first responding officer is part of the investigation team she should not touch anything inside the crime scene once it has been secured. She should not conduct any searches of the property or victim. It may be necessary to obtain a search warrant before a search can commence. In most cases, it will be the detective who obtains the necessary warrants.

9. Patrol officers provide security for the crime scene and for the investigators whose attention should be focused on the scene and victim. They shouldn’t have to worry about anyone approaching them, such as irate or distraught family members. The killer may even come back to the scene.

10. First responding officers should remain on the scene until they’ve been released by their supervisor or the detectives in charge of the scene.