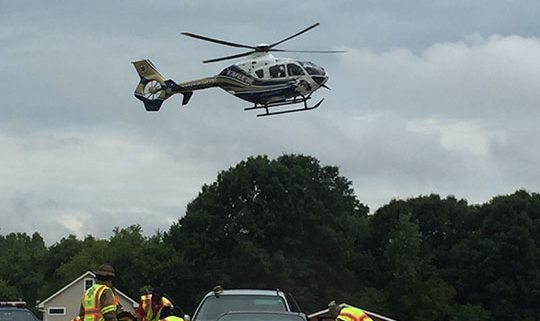 There’s nothing worse than not being able to see around the next corner, knowing there’s an armed suspect there and it’s your job to go in and and get him. Police officers and soldiers around the world are faced with this terrifying experience nearly every day. I’ve been in this situation several times. Believe me, it’s scary.

Back in the day, we either took a deep breath and did what we had to, or sent a canine in ahead of us, which was extremely dangerous for both us and our dogs. FYI – Most K-9 officers would be willing to take a bullet for their dogs, so the use of trained canines in these situations wasn’t always an option. Fortunately, someone came up with the idea of using technology, such as the two products I’ve listed below, to protect officers in these highly volatile situations.

The ReCon Robot was designed with officer safety in mind. When officers are in a dangerous situation and need to see what’s behind a barrier, such as a wall or inside a house, police officers can toss the ReCon Robot camera into the position where it’s needed where it will land, begin moving, and then upright itself. The robot is operated by a remote controlled joystick.

Telescoping camera poles are available in a variety of sizes and shapes, suiting many needs. In the photo below, the officers can safely search an attic space for an armed suspect without attempting to climb into the area, making themselves easy targets for the bad guy.

I remember friends of mine having to go through a very similar scenario several years ago. These very cool cameras weren’t available in those days, so my fellow officers couldn’t get into the attic safely. They tried once and were immediately met by a barrage of gunfire from a shotgun-wielding criminal. The scene was a very tense standoff for quite awhile before the SWAT team eventually terminated the threat by firing lots and lots of rounds through the ceiling. In case you didn’t know, drywall doesn’t stop bullets.

The officer operating the pole cam can watch the monitor that’s strapped to the back of his partner. The partner covers the opening with his weapon in case the suspect makes a threatening move.