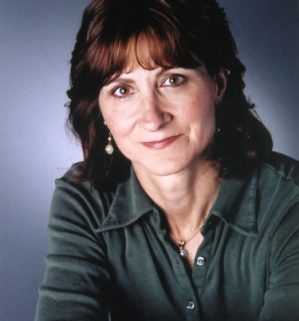 Jan Brogan has been a journalist for twenty years. She is a former staff writer at The Providence Journal-Bulletin in Rhode Island and The Worcester Telegram and Gazette in Massachusetts and has worked as a correspondent for The Boston Globe. Her freelance work has appeared in Boston Magazine, The Improper Bostonian, Ladies Home Journal and Forbes Magazine.

Her first novel, Final Copy, which won The Drood Review of Mystery’s Editors’ Choice award, was named one of the best eight mysteries published in 2001. A Confidential Source (Mysterious Press, April 2005 ) received a rave review in The New York Times Book Review and was chosen by The Mystery Guild Book Club as an alternate spring selection. “Yesterday’s Fatal,” published by St Martin’s Press in May, 2007, was named a “Killer Book” by the Independent Mystery Booksellers Association and one of the summer’s best reads by Northeast Public Radio.

Her website is http://www.janbrogan.com/, and you can check out her blog at www.jungleredwriters.com.

Many mystery authors can get all the background they need through written research.

But for me, I can’t write about a subject unless I get a feel for it. I had to play Blackjack myself at the Mohegan Sun and interview a dealer to write the scenes that seduce my protagonist Hallie Ahern into a gambling addiction. I had to walk the impound lot with an insurance investigator and attend a seminar for patrolman on car crash forensics before I could write a book about automobile insurance fraud.

So when I decided I wanted to write about the dark side of cyberspace, in Teaser, I knew I needed more than Internet articles or child safety websites.

For Teaser, which is all about social networking going wrong in the hands of young teenage girls, I wanted to see what kind of creeps were out there. The journalist in me always wants to validate that the social ill I’m writing about. And even though its fiction, I still need a sense of mission.

I turned to a detective in the Portsmouth, NH Special Investigations Unit specializing in undercover Internet and narcotics operations.

One of the first things Kristyn told me was that she hated Dateline’s now-canceled To Catch a Predator show, which she says used tactics that were tantamount to entrapment. Although sexual predators were nabbed on camera when they arrived for their date with a child, they often escaped conviction.

Laws vary from state to state, but in New Hampshire, Kristyn needed a predator to initiate a meeting with one of her 13 or 14-year old undercover screen names before she could make an arrest. She couldn’t suggest anything sexual, but had to allow the subject to initiate all the seduction.

Sometimes this happened amazingly quickly. When she first started her undercover work, she had a predator as immediately for a date and was able to make an arrest the same day. Once, she had so many date offers that she had to put the guys off because she didn’t have enough manpower to make that many arrests in one day.

But more often, ferreting out predators was a time-consuming process that required both patience and caution

To avoid any hint of entrapment, Kristyn can’t haunt chat rooms with sexual content. She has to meet predators in neutral chat rooms dedicated to benign topics like celebrity worship or reality TV shows.

But she wanted to show me what the web was really like, so she took me to a now defunct chat room on sexual fetishes. There were four rooms dedicated to adults lusting after children. At two in the afternoon, we couldn’t get into any because they were all filled.

After a wait, Kristyn’s undercover screen name finally got a space and she connected with a guy whose sexual fantasies gave me nightmares for weeks. The stuff was so rough I can’t talk about it here, but to give you an idea, within five minutes, he sent us some lovely webcam pictures of what he considered his most important asset.

I got a little more than I bargained for this time with live research. But although this particular scene was too dark for my book, it gave me what I needed. I got some of the language of Internet seduction, some of the technology and what only can be described as Internet etiquette. The crime I wanted to write began to jump off the paper. Both the predators and the victims became real to me.

The sheer volume of the predators, as well as Kristyn’s own dedication to her work gave me the inspiration to write. No matter what plot I came up about cyber-sleaze, I would not be exaggerating the danger.

To watch Jan’s Teaser video please click the link below.