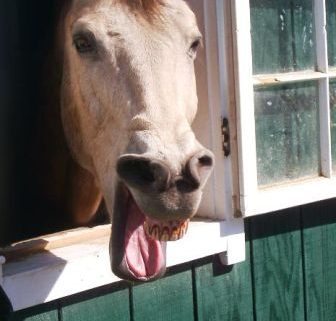 These two Connecticut teens, David Servin and Ashlie Krakowski, were driving northbound along Boston Post Road in Milford, Ct. when the driver of the car made a left turn onto Dogwood Road. They’d been playing a drinking game at a party and were headed to a convenience store to buy cigarettes. The time was 2:13 am. Neither of the two knew they were about to be killed.

Milford police officers Rick Pisani and Jason Anderson had just left the Utopia 77 Lounge in West Haven where they’d assisted West Haven officers with a disturbance call. The two officers, each in his own patrol car, were driving back to their assigned duties in Milford.

The officers traveled southbound on Boston Post Road, headed toward the intersection where Servin and Krakowski were entering the crossing to make their turn. The speed limit on that section of roadway is posted at 40 mph.

Milford police have 25 patrol cars in their fleet, and only two of the 25 cruisers are equipped with dash cams. Officer Pisani was driving one of those two camera-equipped cars. Those particular cameras, manufactured by I-COP, are designed to automatically begin recording video when the light bar and siren are switched on. When the camera is activated it actually has the ability to go back 60 seconds from the moment when the lights and siren were activated and store video from that point. That feature on Pisani’s dash cam was about to earn the unit’s $10,000 price tag.

When police officers are traveling in non-emergency status, meaning without lights and siren activated, they’re required to obey all traffic laws, including posted speed limits and traffic signals. At 2:13 am on June 13, 2009, Officer Pisani was traveling at speeds fluctuating between 66 and 72 mph. Remember, the posted speed limit is 40 mph on that stretch of highway. Pisali’s patrol car was traveling at 66 mph when Officer Jason Anderson passed him on the right at a speed of 94 mph, which is equal to 138 feet per second.

Officer Anderson blew through a few sets of flashing yellow lights and possibly one solid red light before approaching the intersection of Boston Post Road and Dogwood Road. He had no idea that he was about to broadside a 2008 Mazda, throwing one of its passengers 30 feet from the car and pinning the other inside.

Officer Anderson’s patrol car slammed into the side of Krakoski’s car, sending debris, sparks, and flames dozens of yards down the roadway and far into the median.  Servin died at the scene and 19-year-old Krakowski died at the hospital.

Witnesses speculated that the two officers may have been drag racing at the time of the accident.

When the crash occurred, Officer Pisani activated his emergency equipment – lights and siren – which, in turn, activated the dash cam. The camera did its job and backed up 60 seconds, recording Anderson as he passed Pisani’s patrol car at 94 mph. It also captured the horrifying crash.

The patrol car’s onboard computer indicated that the engine in the patrol car was operating at 99.5% of the throttle and was at 100% accelerator pedal. The officer had his foot to the floor at impact. There were no skid marks.

Here’s the video recorded by Officer Pisani’s dash cam. His speed is displayed at the top right of the screen. Warning! This is a horrible crash.

Officer Jason Anderson has been charged and arrested for two counts of 2nd degree manslaughter, and one count of reckless driving. He was released on a $250,000 bond.

Remember, the hotel also has limited space due to other large events in the area. Please register early and be sure to tell them you’re registering for the Writers’ Police Academy to receive our special rate. If you’ve already registered and didn’t ask for the rate please call the hotel. They’ll make the adjustment.

Hickory, Dickory, Dock, The Crook Pulled Out A Glock.
Scroll to top