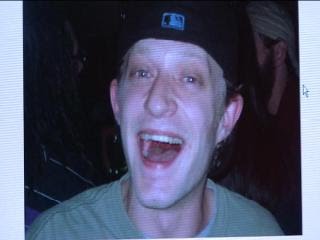 Forty-eight people have died so far this year after being shot with Tasers. Many of these incidents began as minor, somewhat routine police calls, but quickly escalated to very dangerous situations. Officers have mere seconds to react in these situtions, if that long, and the wrong decision can have devastating consequences for everyone involved. Sometimes making the right decision doesn’t work out very well, either.

Matthew Bolick, pictured above, is the latest person to die after experiencing the 50,000 volts of a police officer’s Taser. Bolick’s father called police asking for help with his thirty-year-old son who had been acting strangely. When police arrived, Bolick assaulted one of the officers on the front lawn. The officer deployed his Taser, but it had no effect on Bolick who then ran inside the home. Officers followed the suspect inside and again deployed their Tasers several more times. Bolick died at the scene.

Many of the the other forty-seven deaths began with something as simple as a playing music too loudly. See for yourself… Initial complaint – Police were called to Jones’ home because of a loud noise complaint from neighbors. Jones died in his home after being shot with a police Taser.

Initial complaint – Family members called police because Rodolfo was exhibiting odd and bizarre behavior. Lepe died at the hospital after being shot with a police Taser.

Initial complaint – Byrd had been in an auto accident and was disoriented. He was also bleeding from several lacerations. The responding police officer found cocaine at the scene and attempted to arrest Byrd, who then became combative. The officer deployed his Taser, attempting to stop the threat. Byrd stopped breathing and was pronounced dead at the hospital.

Moore, a wanted fugitive, fought with police when they attempted to apprehend him. Officers deployed their Tasers to help effect the arrest and Moore soon began to complain of shortness of breath. He was pronounced dead upon arrival at the hospital.

Mitchell, who weighed 110 pounds and stood 5’2″ tall at the time of arrest, was in custody and undergoing a pat down search by police when a struggle began. The officer deployed his Taser and the boy died. Autopsy results revealed the boy had a heart condition that, when aggravated by the Taser blast, caused the death.

Prescott, a jail inmate, struggled with deputies who deployed Tasers. The coroner ruled that it was the physical exertion from the struggle that killed Prescott, not the Taser. 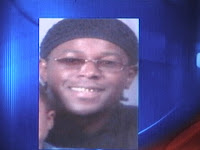 Initial complaint – DUI traffic stop. LaDay ran and was shot with a Taser.

Police found Valentine rolling in a ditch. They deployed their Tasers and the subject died. Autopsy revealed a controlled substance in Valentine’s system. 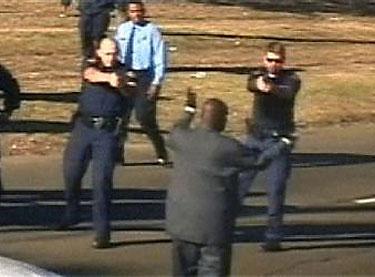 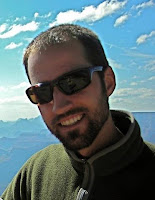 Cardell’s wife called 911 asking for help with her husband who was experiencing a psychotic episode. Cardell was being treated and medicated for his condition. Here’s the wife’s 911 call.

This is actual police audio from the scene. It begins with the officer saying, “I’m 23…” That’s short for 10-23, meaning he has arrived on the scene. Listen as he fires his Taser at the man who is clearly distraught. Then you’ll hear the officers begin to notice that the man is not breathing and has no pulse.

Initial complaint – Ridlehuber’s family reported him as a missing person. 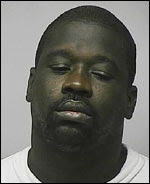 Scuffle with deputies inside the local jail.

Dent swallowed a bag of methamphetamine to prevent police officers from retrieving it as evidence. An officer then placed a Taser in direct contact with Dent’s skin and fired. Dent died hours later, but autopsy results indicated that the meth he’d ingested was the cause of death, not the Taser blast.

Initial complaint – Home invasion/robbery. Ham became combative with jailers so they used a Taser to get him under control. He died immediately after being shot. Autopsy results indicated that Ham had an enlarged heart.

Initial complaint – Burglary in progress. Battistata was confronted by police as a burglary suspect. The officer deployed her Taser and the suspect died on the scene. Autopsy results indicated that the suspect died as a result of a cocaine overdose. 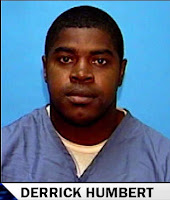 Initial complaint – Officer stopped Humbert for riding a bicycle after dark without a headlight.

Initial complaint – Man riding a bicycle against the flow of traffic. 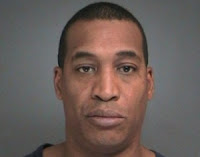 Initial complaint – Bolick’s father called police because he was concerned about his son’s odd behavior. Castle News – Alyssa Milano has been cast to play the part of Castle’s ex-lover. Me thinks an even newer character will follow in the “Charmed One’s” footsteps – the Green-eyed Monster. Beckett’s not going to like this…not at all.

You’ll have the opportunity to see Taser use and its effects at the academy because we’re featuring actual Taser demos. Pepper spray, too.

Remember, the hotel also has limited space due to other large events in the area. Please register early!

From Horseplay To Horror
Scroll to top