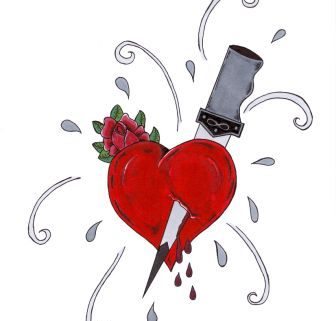 Police officers face many difficult challenges during the course of their careers, challenges most people would avoid at all costs. For example, exchanging a few rounds of live ammunition with a doped up bad guy, or how about working really long, odd hours, or  the fear of losing everything you own if you make a bad decision in that split second you have to make it.

And there’s – getting slapped, hit, punched, scratched, spit on, stabbed, cut, cursed at, having urine or feces thrown on you, puked on, bled on, wearing goofy clothing and heavy gear, having demanding supervisors, and seeing people hurt, sick, and even die in front of your eyes knowing there’s not a darn thing you can do about it. The danger level of the job is extremely high and getting worse every day. All it takes is a couple visits to this blog on any given Friday to know how dangerous the job really is.

And then there’s the ever popular low pay, little time off, missing holiday time with your family (if you still have one), high suicide rate, alcoholism, drug abuse, and divorce.

Still, through all the pain and agony and odd baggage that’s attached to every police officer, there’s always someone out there who’ll agree to enter into a relationship with the poor saps. And that’s a good thing, right? Well, not always, but we’ll get into that in another blog post First, I want to mention the piece I wrote earlier in the week, the one about writers writing cops and guns incorrectly. Let me clue you in on a little secret, you don’t always get the romances right, either.

There are three basic types of cops in the world of fiction – the ones in a relationship, the sad sack who couldn’t hang on to a spouse if she were a conjoined twin, and the cop who’s so screwed up emotionally even mental hospitals lock their doors when they see him coming. Everyone writes those scenarios pretty well. Of course, some write them better than others, but it’s the thought that counts, right?

Well, there’s another kind, a fourth relationship that’s not really talked about a lot. Part of the exit speech we presented to new recruits leaving the police academy consisted of a few basic warnings about the potential career-ending temptations cops are sometimes faced with, like access to tons and tons of unreported cash, drugs, alcohol, the fast life, prostitutes, abuse of power, and badge bunnies.

* (Please don’t shoot the messenger. I’m not being sexist, just relaying some very real information. Of course this does work both ways; there are male badge bunnies, too, but not as many).

Well, the term badge bunny is often defined as (from Urban Dictionary):

– Badge Bunny: A female that goes out with only cops and firemen.

– Badge Bunny: A female, usually of barely legal age, who spends her time chasing police officers, offering her “services” in hopes of gaining status among her badge bunny friends.

New cops, the ones fresh out of the academy, are the officers who are most vulnerable to an attack from the vicious badge bunnies. They can’t help it; the recruits are young, good looking, and freshly muscled from weeks and weeks of exercise and other training. They have shiny new equipment, sharply creased uniforms, tight haircuts, but more importantly, they have guns and badges!

Graduation day at the academy is like sending fifty or so Roadrunners out into a world of Wle E. Coyotes. Badge Bunnies know the rookie’s weaknesses because they’ve studied the uniformed species for a long time.

How does a badge bunny attack? They’re successful in various ways. For the sake of time and space I’ll list  a few their deadly methods of operation.

– The fake prowler call, answering the door in a sexy outfit, or nothing at all.

– The grocery store maneuver. You couldn’t reach the Special K even though you’re a good foot taller and eighty pounds heavier than the cop. Yeah, right.

– Tapping the brake pedal when they pass. The rookie officer sees the flashing brake lights each time the car passes his patrol car. Hmm, she must be signaling him. Is she in trouble? Or…

– Speeding, knowing she has all the ammo she needs to get out of the ticket.

– Hanging out in cop bars.

– Wearing tee shirts with logos that read, I Love Cops.

Relationships with badge bunnies rarely last. In fact most of them rarely make it into the light of day. These are secret relationships – brief meetings, encounters, and…well, I’ll leave it at that. I know, your next question is, “Where do they meet for their “encounters?” How about…

– patrol cars – inside and outside (lots of things to hold onto – light bars, spotlights, handcuffs…)

– small airport runways (for the deputies working the rural areas)

Many badge bunnies keep a scorecard and move on quickly to the next guy with a gun. But, sometimes the relationship turns into a lasting thing with marriage, kids, and everything. But not often.

I had a brief statement that I offered to the recruits I trained when I was a field training officer. It went something like this, “Keep your gun in your holster and you won’t have to worry about shooting the wrong person.” Now, there were two messages there, right? They never, ever listened to the hidden meaning.

Hell, I could read their thoughts as I made my statement. Their thought – “Be vewy, vewy quiet. I’m hunting wabbits.”

* I’m only referring to the bad bunnies in this post – the scorekeepers. There are plenty of folks who are simply attracted to a certain kind of person, and they are wonderful folks who have wonderful, lasting relationships!