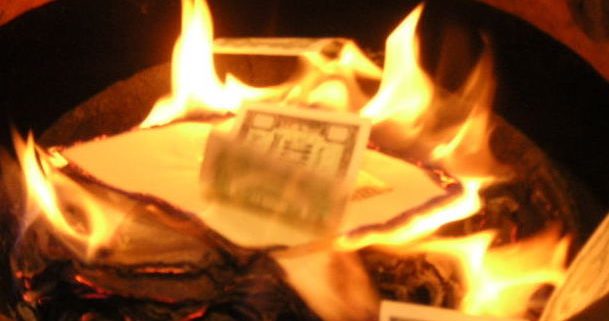 It meant a bunch of greedy banks did too much borrowing and had too little capital until they were all about to collapse and the government bailed them out because Congress only cares about the fat-cat friends who make campaign contributions, right?

Not quite that simple. To begin with, when is a bank not a bank?

A commercial bank is where we average people have our savings and checking and maybe get a car loan or a mortgage. The spread between what the banks pays us in interest on our accounts and what it takes in in interest from our loans is the bank’s net interest income. Deposits are insured by the FDIC and the bank is regulated by either the Office of Comptroller of the Currency or the Federal Reserve (the banks can choose). Of the ‘bailout banks,’ JP Morgan, Wells Fargo, and Bank of America are commercial banks.

An investment bank doesn’t offer a checking account but does offer underwriting, investment products like bonds, stocks and derivatives, facilitating mergers and other corporate reorganizations, and also acting as a broker for institutional clients. Some commercial banks, such as Citibank and JPMorgan Chase, also have investment banking divisions. Investment banks are regulated by the Securities Exchange Commission, which is an enforcement agency, not a regulatory one. Of the ‘bailout banks,’ Merrill Lynch, Morgan Stanley, and Goldman Sachs were investment banks.

The Glass-Steagall Act of 1933 prevented banks and depository institutions from underwriting securities, in order to safeguard customers’ deposits. But the lines blurred over the years and Congress essentially repealed this act in 1999.

A bank holding company usually own banks but doesn’t operate them, especially smaller banks. The advantage to this arrangement is increased flexibility in raising capital. These are regulated by the Fed. Of the bailouts, Citigroup is a bank holding company.

The ‘bailout bank’s group also included outliers like AIG, which as an insurance company wasn’t regulated by any financial regulator, and two clearing and settlement banks, Bank of New York Mellon and State Street Corporation. Then there was Fannie Mae and Freddie Mac, overseen by the Federal Housing Oversight Office, which also bought mortgages from banks, packaged them into securities and sold them to investors. The agencies made mortgages easier to get for lower-income home buyers, a goal encouraged by White Houses of both parties. However these securities were not guaranteed by the government, though everyone behaved as if they were and they were quite profitable until stock prices began to fall.

What does all this mean to us average joes? Only that there was no one government agency responsible for overseeing the maelstrom that eventually degenerated into the 2008 financial crisis. There was no one group of regulators asleep at the switch or one board of directors scheming to take over the world.

The banks weren’t too big—they were too interconnected. They had gotten too dependent on ‘overnight financing,’ short-term lending with which banks would supplement their insured deposits. When the collateral, such as subprime mortgage securities, began to wobble, everyone tried to pull their cards out before the whole house fell, and then, of course, there was no house at all. Investors shied away from any type of credit product, even credit cards and auto loans, which were perfectly stable areas. Credit is the oil that keeps the engine of an economy moving, and when banks stopped lending to anyone, even each other, the engine seized. At this point, housing prices had fallen only four percent, and yet a panic ensued that lost us 6.2 million jobs in ten months between 2008 and 2009.

Enough, you’re thinking. What has been done now to make sure this won’t happen again?

All institutions have tougher capital and liquidity requirements, meaning they have to have enough money on hand to avoid the overextensions that made them unstable. Legal tools have been established to take over and dismantle failing banks so that they neither fail nor require a bailout. Bailout loans made to the banks have been paid back with interest. (The Fed’s annual profit goes to the Treasury, where it reduces the national deficit.) Some of the ‘bailout banks’ didn’t even need the loans, but had to take them—otherwise the banks which need help would look even worse to investors.

Does this mean we’re all good and the future will always look rosy? I am not a pessimist by nature, but I wouldn’t let my guard down. The Dodd-Frank bill vs. the Choice Act battle staggers on. But remember we’ve survived the Savings & Loan crisis, junk bonds, the dot-com bubble, and now the worst financial crisis not only since the Great Depression but ever. I think we’ll continue to, even if when it comes to money, there will always be another trick up the human collective’s sleeve, another tent of cards to add to the stack. 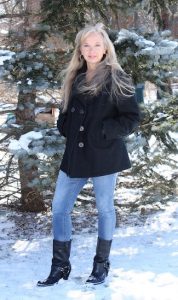 Lisa Black has spent over twenty years in forensic science, first at the coroner’s office in Cleveland Ohio and now as a certified latent print examiner and CSI at a Florida police dept. Her books have been translated into six languages, one reached the NYT Bestseller’s list and one has been optioned for film and a possible TV series. 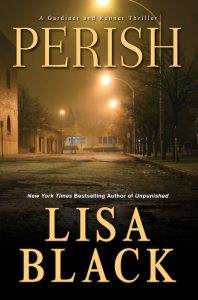 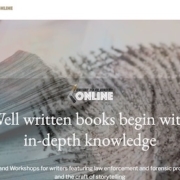 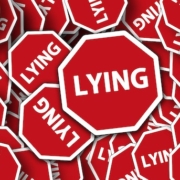 5 Things a Police Officer Should NEVER Do
Scroll to top