The Graveyard Shift welcomes back author/bounty hunter Yvonne Mason for part two of Bringing ‘Em In Dead or Alive.

Yvonne Mason is the eldest of five children, Yvonne was born May 17, 1951 in Atlanta, Georgia. Raised in East Point, Georgia, she moved to Jackson County, Ga. until 2006 then moved to Port St. Lucie, Florida where she currently makes her home.

Yvonne is a licensed bounty hunter for the state of Georgia.

After a 34 year absence, returned to college in 2004. Graduated with honors in Criminal Justice with an Associate’s degree from Lanier Technical College in 2006.

Nominated for the prestigious GOAL award in 2005 which encompasses all of the technical colleges.

This award is based not only on excellence in academics but also leadership, positive attitude and the willingness to excel in one’s major.

Yvonne is currently the author of several novels, including:

Stan’s Story– the true story of her brother’s accomplishments, it has been compared to the style of Capote, and is currently being rewritten with new information for re-release.

Tangled Minds – a riveting story about a young girl’s bad decision and how it taints everyone’s life around her yet still manages to show that hope is always possible. This novel has been compared to the writing of Steinbeck and is currently being written as a screenplay.

Brilliant Insanity – to be released in July 2008. Prelude to Bounty Hunting in the United States

I know I said my second blog would begin the laws in the different states for the legality of Bounty Hunting. However, I felt it was necessary to take a step back and talk about the Eight Amendment. I touched on it briefly in my first blog.

The Eight Amendment deals with protecting three rights of citizens.

That excessive bail shall not be required

That excessive fines shall not be imposed

That cruel and unusual punishment shall not be inflicted.

So, let’s start at the beginning and then I will leave it to you the reader to draw your own conclusions as to your opinions about bails and fines. Believe me, this is part of the basis for being a good hunter. Knowing the history of the Eighth Amendment and the history of hunters will give one insight as to the bad rep we as hunters have acquired through the years.

In early America the terms of punishment included public humiliation, branding, amputation and other unspeakable crimes against the accused. 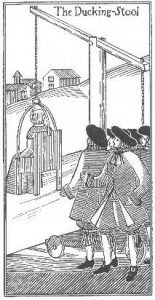 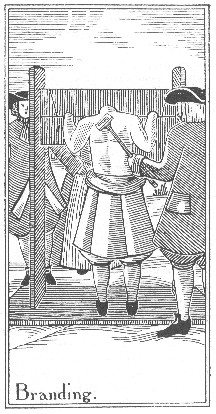 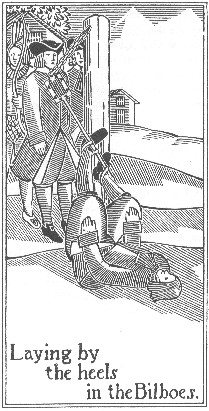 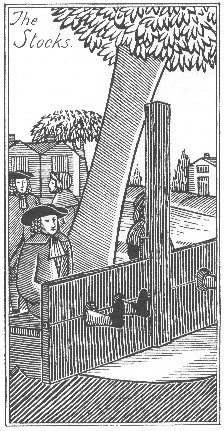 In 1641 the Massachusetts Body of Liberties was enacted. This body provided a right to bail and prohibited cruel and unusual punishment. The idea of being incarcerated in prison for an indefinite length of time without any opportunity for even a temporary release was even abhorrent to those who understood how restrictive government could be.

The Puritans when they founded the Massachusetts Bay colony wanted to eliminate English punishment such as cutting off and burning at the stake. The body of liberties still allowed the death penalty for religious crimes such as blasphemy but would not allow the death penalty for crimes of burglary and robbery which had been capital crimes in England.

So began the Eighth Amendment, beginning with the availability of granting bail.

Bail is both a verb and a noun both dealing with pre-trial release. Bail is the act of pretrial release of the defendant. The defendant promises to return to trial by using some form of collateral, which is most often money. The money is also called bail.

Bail has a dual purpose. It helps to assure the courts that the accused will appear for trial. Secondly, it maintains the presumption of innocence, avoiding the continued incarceration of the accused but yet not convicted of a crime. The granting of bail allows the accused to continue gainful employment while his case is being prepared.

Excessive bail is prohibited by the Constitution. However, bail itself is not guaranteed, not has the 8th Amendment ever been incorporated with the 14th Amendment to apply to the states. The right to bail historically has been assumed through case and statutory law rather than constitutionally being guaranteed.

In other words, the Constitution does not guarantee the right to bail; it only prohibits excessive bail which it doesn’t define.

In the case of Capital Crimes bail may be denied. A couple examples of bail being denied would be murder involving the death penalty.

The amount of bail does not necessarily have to be something the accused can pay. This has created a debate among law makers and enforcement. The poor don’t have access to bail money and therefore they must stay incarcerated until trial. The rich on the other hand have the funds to make bail.

In 1789 the Judiciary Act of 1789 provided bail for non capital crimes. In 1966 the Bail Reform Act was brought into being. This act allowed for indigent accused to have access to bail. The act would assure the defendant would not remain in jail because they couldn’t afford bail and it also required the judges to consider other ways for the accused to guarantee their appearance in court.

This act allowed Judges to consider a defendants background, family ties, prior bad acts, and if the defendant might be a flight risk. With all of these factors considered some defendants were allowed to be ROR’d (released on their own recognizance). This ROR meant the courts believed the defendant would re-appear on their own. No bail money was required to be posted for the release.

In 1984 there was another Bail Reform Act. This act granted the judicial authority to include specific conditions of release. This was for the safety of the community and eliminated a presumption in favor of pretrial release through the bail process. This allowed the prosecution to demonstrate in a hearing the existence of clear and convincing evidence that no conditions placed on the accused would guarantee the safety of the community. In other words the courts could determine that the community would be at risk and the defendant would not re-appear at trial. This was known as preventive detention. It authorized Judges to predict the probability of future criminal conduct by those who had been accused of serious offenses and gave them the authority to deny bail based on those grounds.

This now brings us to the Commercial Bail. In the private bail bonding business a bondsman posts a bond for up to 10% of the bail amount. This is posted to the courts and the court collects the whole amount from the bonding company if the defendant fails to appear. This is called commercial bail. Bonding companies have between 30-45 days to find the defendant if not they lose thousands of dollars.

Bonding companies hate losing their money to the court system. So they do one of two things. They either help the cops look for the defendant or they hire Hunters.

Stay Tuned for the next installment next Monday.

Crime report of the day

At 1119 hours this Officer responded to _______ Avenue to assist a female subject that had locked herself in a bedroom for two hours and could not get out. This officer instructed her to turn the button on the doorknob. She did and came out.