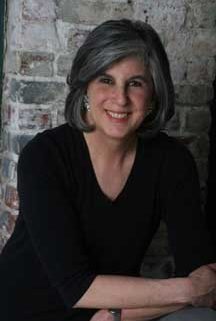 Hallie Ephron is the author of the forthcoming psychological suspense novel “Never Tell a Lie” (Wm. Morrow/HarperCollins, 2/09); crime fiction book reviewer for the Boston Globe; author of an Edgar-nominated how to write book; and author of the brand new “1001 Books for Every Mood.” She can be reached through her web site: www.hallieephron.com

Giving true crime its due respect

True crime-I admire anyone who can write about it. Early on in my writing career, I tried. The book was my first, and it concerned the murder of the brother of a dear friend. I’ll call her Marilyn, him Frank.

It happened one morning when Marilyn missed a meeting with a client because she was late getting to the office (she had to take her son to the doctor.) Frank met with the client instead, filling in for Marilyn as they often did for one another.

The man was unhappy with and insurance settlement that Marilyn had brokered for him. He became angry during the meeting, pulled out a gun and shot Frank. When he was finished, he calmly walked out of the office and drove off. He fled the country and wasn’t arrested until months later when he tried to return.

Grief-stricken and guilt-ridden, Marilyn suffered panic attacks in the wake of the murder and was housebound. She felt the murder was her fault. After all, the killer had been her client. She should have been there. She was in agony over the misery she felt she’d brought down upon her family,and especially on Frank’s wife and his three young daughters.

Six months later she met me at a restaurant. Over dinner she remembered the day of the murder. How she’d arrived at work to find the office building ringed with emergency vehicles, never imagining her brother had been killed until she greeted a reporter whom she knew and saw the horror on his face when she asked him what had happened. She remembered the trivial kitchen fire and the settlement that the killer felt she’d mishandled. The funeral, and how the mourners that hot summer afternoon at the cemetery had filled the grave with dirt themselves. How angry her father, always a difficult man, had become in the aftermath of his oldest son’s death.

I wept when she told me how she’d finally gotten up the courage to return Frank’s office. How she’d touched the places in the wall behind his desk where the police had gouged out bullets, probing the holes like empty sockets where a tooth has been removed. “Only the victim gets the death penalty,” she told me, quoting a poster she’d seen when she went to a meeting for families of victims of homicide. “The rest of us are sentenced to purgatory.” What made it even worse, she told me, was much the media coverage focused on the killer and how little there was about Frank.

We left the restaurant, and as we said our good-byes and Marilyn got into her car, she seemed lighter-as if the burden she carried had shifted. And we decided to meet regularly. I’d bring a tape recorder and together we’d try to write the story of the real havoc that murder wreaks.

Months later, I had transcriptions of hours and hours of unburdening. Marilyn read each chapter as I wrote it, and in the reading, as in the telling, it seemed to unburden her.

We finished the book, but ultimately I tucked it away in a drawer. Even after fictionalizing the characters and the setting, publishing it seemed an obscenity, an invasion of privacy, one more indignity to inflict upon Frank’s loved ones.

After that, I determined to write crime as fiction–no “real” victims, no aftermath, no pain to be harvested. As I moved on to write the five Dr. Peter Zak mysteries by “G. H. Ephron,” I carried a lesson with me, and that is always to respect crime and its victims.

The Language of Cops and Robbers
Scroll to top