Remember the guy wearing a helmet cam who was caught driving his motorcycle like a maniac on I-95 in Maryland? You know, the man an undercover Maryland state trooper stopped while driving an unmarked car and wearing plain clothes—the trooper who bailed out of his car brandishing a pistol while shouting at the motorcyclist. The trooper who probably scared the driver to death because, for several seconds, he didn’t identify himself as a police officer.

Anyway, the cyclist, Anthony Graber, was subsequently charged with speeding and reckless driving, all definitely legitimate charges. After all, the guy was driving like an idiot and he filmed his antics using the camera that he’d attached to his helmet. Why? Who knows.

The case took an interesting twist when Graber posted the video of his arrest on YouTube. Sure, the video showed the officer sliding to a stop in front of Graber’s motorcycle. And it clearly showed the officer waving his pistol around like a wild west gunslinger. And, I’m inclined to agree, Graber probably thought he was being bike-napped. But that was only part of Graber’s worries. Little did he know, he’d committed a felony that could have landed him in prison for sixteen years. That’s right, Maryland law states that all parties in an audio recording must give consent to be recorded.

Well, when officials learned of Graber’s recording they served a search warrant on his home, seized his computers and other belongings, and then charged him with two counts of interception of an oral communication, and possession of an interception device – the helmet camera.

Graber’s attorney filed paperwork asking the court to dismiss the charges on the grounds that what he’d done was protected by First Amendment to the Constitution and Articles 2 and 40 of the Maryland Declaration of Rights. As a result, Circuit Court Judge Emory A. Plitt Jr. dismissed the charges, stating that Graber had every right to make the recording because it occurred in a public place and that the officer had no reasonable expectation of privacy (who’s watching the watchers?).

For what it’s worth, I agree with Judge Plitt’s decision. But, the thing that concerns me most is the officer’s lack of concern for his own safety and for the safety of the citizen he’d stopped. Sure, Graber was acting in a reckless manner, but the officer knew better than to let his emotions get the best of him. No officer is trained to pull in front a criminal suspect and then jump out of his car like this trooper did. It’s dangerous (had Graber been armed he could have easily shot the trooper), careless, and I’m sure it was embarrassing to see and hear on camera.

I’m glad the judge dismissed the charges, and I’m glad Graber gave us a new “how not to” training video. I’m also glad Graber is still facing charges for driving like an idiot, endangering the lives of everyone around him just so he could have a good time. 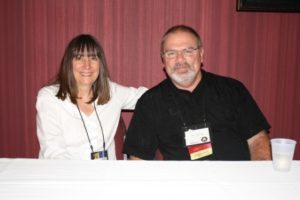 Castle: Under The Gun – A Review Of The Police Procedure And Other No...
Scroll to top