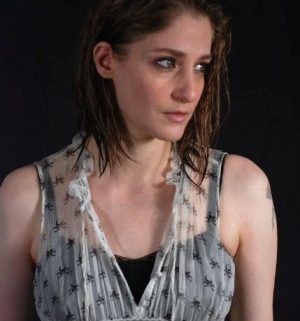 Some time after the publication of my book CRIME an idea crept into my head and took up residence. The idea was this: Make a theatrical piece out of CRIME. So, last summer I wrangled three actors, Maria Dizzia, Brandon Miller and Matt Dellapina together and headed down to Key West Florida to see what the criminal element was like there, and to think-tank the idea of crime as theater. Supported by the arts residency The Studios of Key West, we settled into our exceptionally nice home complete with a pool and water fountain and “snack float”. We considered not doing any work at all. We decided to work. We quickly moved away from the interplay between real-life crime and the representation of crime in the arts (Which was the focus of CRIME) and moved toward the idea of exploring crime geographically – CRIME, USA began to take shape. If we looked into crime in five different US cities – wouldn’t we come away with a contemporary portrait of American crime, and of America itself?

What better place to start than Key West? It is Mile Zero, after all. 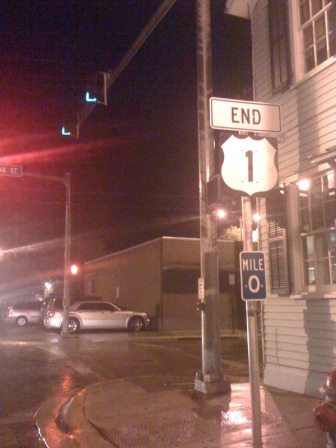 So we began interviewing people. We went on ride-alongs with the police (our hearts beat rapidly as they processed our background checks). 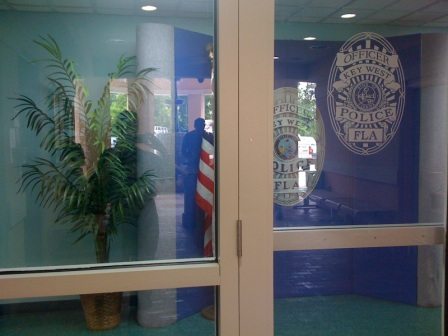 We talked to the man who works at the pawn-shop.
“Well, off the record, I’d say this place has taken a severe hit with the recession. Severe. Crime’s up. You know, when people get hungry, they get desperate and hit the streets and we’ve seen a big rise in that kinda terrible stuff lately.”

He was skeptical of us and of our motives.

“So you’re in theatre? You probably live, where… Manhattan right? Right. Yeah I’m from New Jersey. Little town up in the northwest of the state, lots of ski resorts, but I moved there when I was young. I’d say most all my family’s from Brooklyn. I came down here in – I guess this is dating me – in ’84. I thought no way I could spend a full year here, 6 months, then I’m gone. But yeah… came down in ’84 and just fell in love with the place. Just the whole vibe, everyone’s really cool. I mean – off the record – yeah among the Conchs there’s serious corruption… but if you’re a part of it, then it’s a good life for you, you know? Like everybody complains about Jersey City or Newark of whatever and the graft and corruption, but if you’re inside of all that, it’s a pretty damn nice life for you. But the Conchs are great. And you can put me on the record for this. Oh yeah. The police too… I’d say 80% of the cops out here are really solid people. The other 20%, you just don’t know – you’re like, man, what happened to you as a child. But yeah, they’re mainly the best. I mean this is off the record, but I’d say I’ve been pulled over for DUIs maybe 10, 12 times in the last ten years and they’ve let me walk every time. They’re like, ‘Get out of your car. Why don’t you just leave your car here and call a taxi?’ So it’s really a great place.”

We talked to the local crime writer.

“This place really was sort of undiscovered and they got away with a lot of stuff. It was a major drugs trans-shipment point, you know, it was a major booze trans-shipment point before – the rum-runners in the thirties. Cuba. Ninety miles that way and lots of the cultural ties because a lot of the Conchs are Cubans so there’s the connections and everything and, and you know, fishermen with families on both sides and it was just a natural thing that they would start doing, especially during the depression. Of course the seventies were kinda slow everywhere – but Key West was really hit hard, like you know, housing prices collapsed by two-thirds and so a lot of these fishermen were like, ‘Well hey, this guy tells me to meet him out in the water at these coordinates and come back…’ and so, basically, the whole town was involved in some way or another with drug smuggling.” 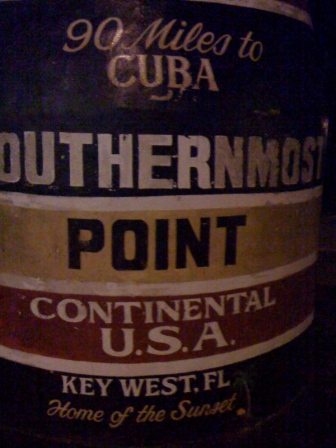 We visited a handmade submarine that was used for drug smuggling. We went on a long meandering search for a man named “Monkey Tom.” We finally found him living with his dog, a lot of mosquitoes and some of his art, which was comprised of rats nailed to boards.

“I’ve been here a couple years, maybe. But there’s… not too much crime. I don’t know. Bunch of people getting killed on the beach over here. ‘Guy had a buncha money and they robbed him and… uh, I found the body. Well I didn’t find it but… these guys had a fight and one knocked the other one out and he said, well what should we do with him, and they said to just throw him in the water. And about a month later, they found him on the other side of this pond right on Stock Island and he was all bloated and red and the crabs ate his eyes out, and the FBI came and showed me a picture and says, ‘You recognize this guy?’ and I said, ‘No I don’t. I don’t recognize him at all.’ But I did, I saw the fight. The guy that killed him all he did was sit in a chair and read. Most of the time he’d sit under a tree and he was reading. This guy gave him a hard time and he just whacked him.”

Bob Marley’s Jammin’ plays softly in the background. Monkey Tom drifts off about the whacking. 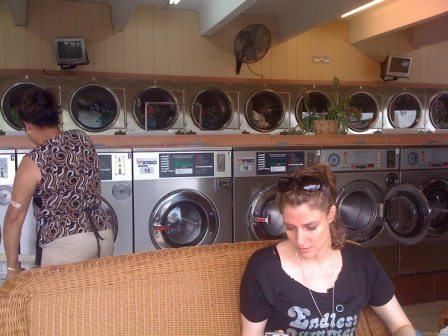 We checked out Bare Assets, the local strip joint. 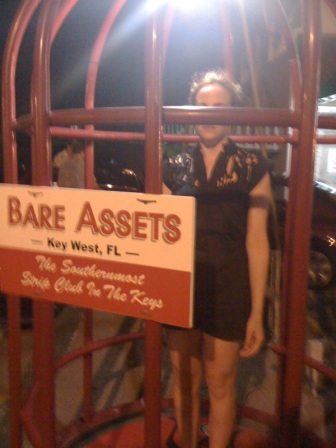 We talked to waiters who told us about putting their friends mug shots on t-shirts “…over there at Office Max – you know, just to razz them.”, We talked to ex-sheriffs and went to meetings of concerned citizens. 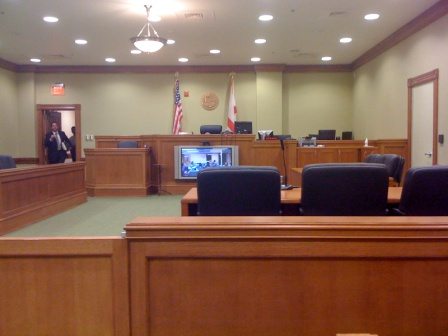 We were amused by many of the tag lines of Key West.

“Came on Vacation, left on probation” appears on the screen of the website that lists current arrests.

“Protecting and serving Paradise” is the motto of the police department, and is painted on the side of all police vehicles. If it’s paradise – should it really be riddled with crime?

“Near perfect, far from normal.” … are the words coming from my television blaring encouragement to people contemplating a visit to the island. 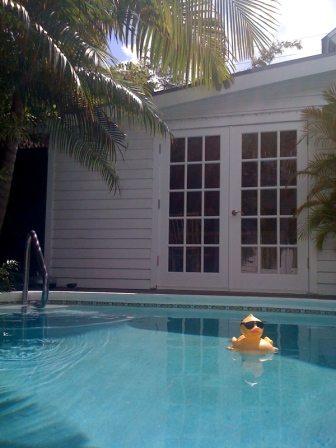 Now we are back in New York City exploring the crime in this, our second, of five cities. The crime here is at once similar and completely different from the crime in Key West, just as people tend to be universally the same while simultaneously being unrecognizable from each other. We cannot wait to go to Chicago, Los Angeles, and Dutch Arbor, Alaska. Stay tuned.

What Do Jeffery Deaver, Chris Roerden, and Lee Lofland Have In Common?
Scroll to top