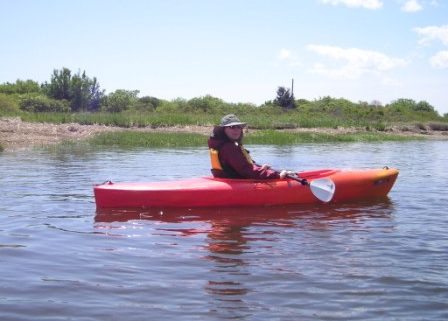 Last weekend, Denene and I paddled ten or twelve miles up the Parker River starting near the mouth of the Merrimack. We began the trip at high tide with little or no wind. The river was calm, with a texture almost pudding-like.

By the time we reached halfway we were paddling into 40 – 50 mph wind gusts. As if that wasn’t bad enough, the water temperatures in New England are still quite frigid. The spray felt like ice crystals hitting our faces. The water became so rough I elected to leave the camera in the waterproof container. Besides, if I’d stopped paddling long enough to take a picture I’d have been blown backward, losing what little momentum I had. It was a blast! 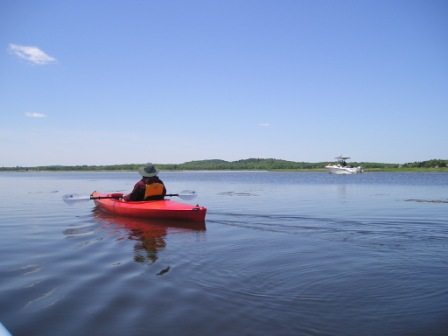 The trip started out calmly. 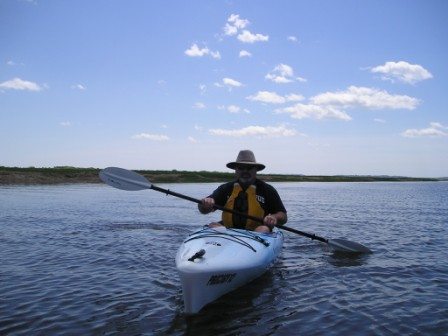 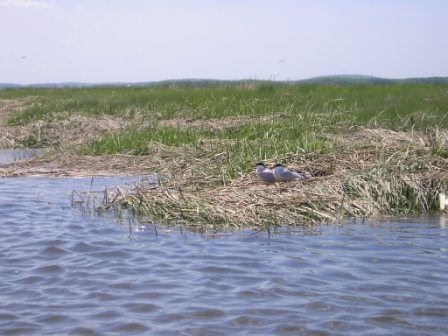 These two were nesting. They allowed me to get fairly close, but the expressed their displeasure quite loudly. 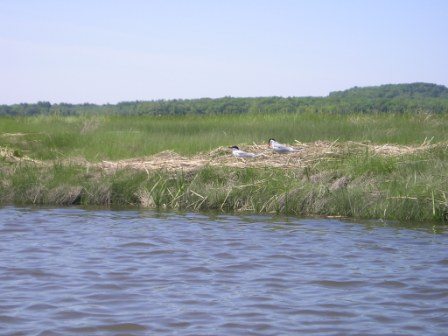 This pair wasn’t as cordial. They took to the air, circling my head until I moved on. 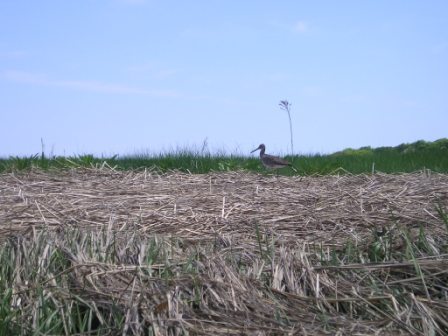 This guy didn’t care how close I got. 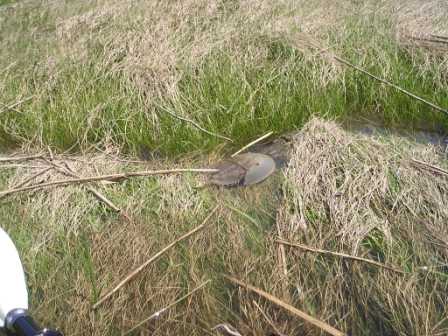 Love was definitely in the air.  We saw dozens of “pairs” of horseshoe crabs along the water’s edge. 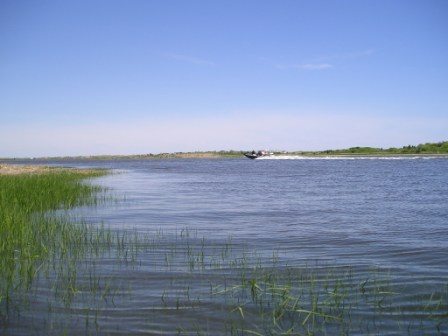 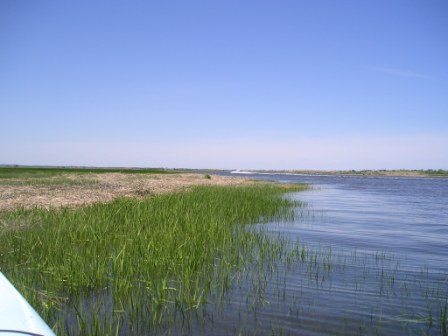 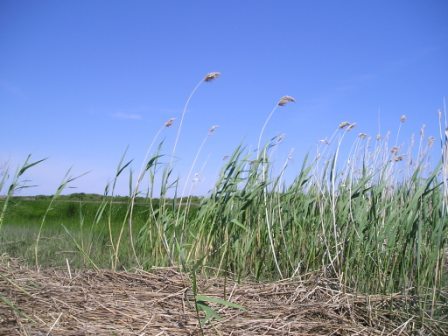 The wind started to pick up about halfway through the trip, bending these reeds. 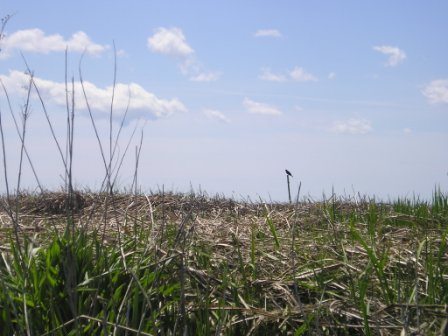 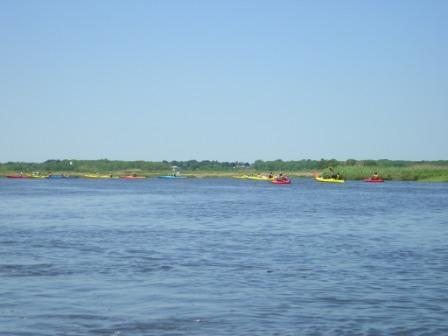 We ran into a group of young kids on a guided kayak tour. The instructor/guides began to frantically get the kids to the nearest shore when the wind started pushing waves over the tops of the boats. They all made it out safely. (These photos were taken before the winds struck). 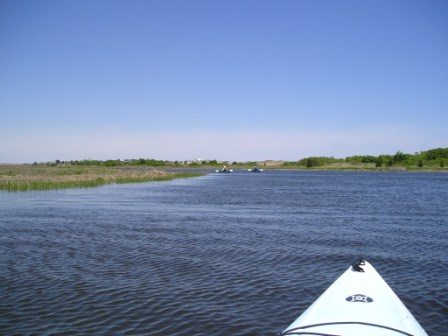 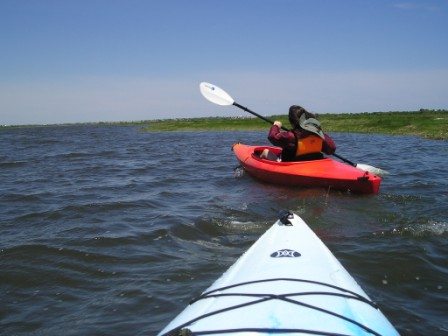 The wind was starting to pick up. This was the last photo I took. Waves began to splash over the bow soon after.