A 5-4 Supreme Court ruling will now force police officers to obtain warrants for vehicles they want to search. In the past, a 28 year precedent gave officers the legal authority to search any vehicle without a warrant immediately or soon after an arrest of the driver. They could also search as long as they had reason to believe there was evidence of a crime inside, even in cases of an ordinary traffic stops for speeding.

This new ruling states that officers must obtain a search warrant to legally search a car in cases where the driver has been arrested and is custody inside the police vehicle. The argument explains that the driver is no longer a threat to the officers or others, therefore, there is ample time for officer to effect the necessary  steps of obtaining the warrant.

Warrantless searches may still take place when the suspect removed from the car is still within reach of the passenger compartment, or when officers have reason to believe that evidence relating to the crime that led to the traffic stop will be found. 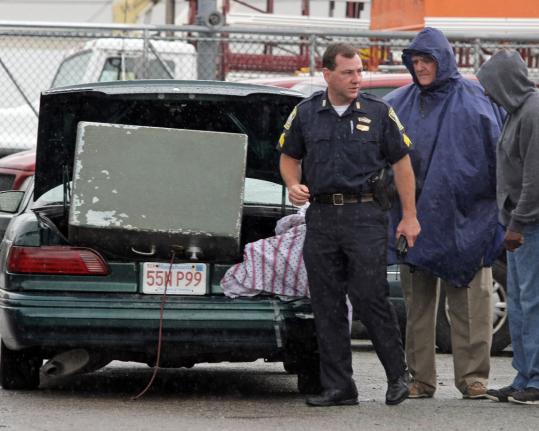 I know, as a former police academy instructor, that officers are taught (I guess I should say were taught) to make the traffic stop and then if at possible, search the car. This has a been a very effective means of discovering narcotics and cash related to drug trafficking. Other crimes, including murder, have been solved based upon warrantless searches of vehicles.

This new ruling from the high court stemmed from an Arizona case (remember Miranda started in Arizona) where a man was arrested for driving on a suspended license, handcuffed and placed inside an officer’s patrol car. The officers then searched the suspects car and found drugs and drug paraphernalia, which he was charged with having in his possession.

An Arizona court dismissed the charges stating the search was unreasonable. The state appealed and the final result was the ruling by the U.S. Supreme Court that was handed down yesterday.

I see this ruling as a lot more work for police officers. And costs for these arrests will be much higher. Now, police will have to have an officer stand by the vehicle while a second officer heads back to the department to begin the tedious chore of filling out the paperwork that’s required to obtain a search warrant. Then they’ll have to locate a judge or magistrate who’ll sign those documents.

During this time, another officer will be needed to transport the prisoner to the police department or county jail for processing. The criminal probably wouldn’t be permitted to remain on the scene (the longer a suspect remains in an officer’s custody the greater the chance of him becoming violent).

However, I still see a loophole for officers. When a driver is arrested and there’s no one with him who can drive the car away, police normally tow his vehicle to an impound lot. In these cases officers are legally permitted to conduct an inventory search of the vehicle, which means they may search the entire vehicle listing each item they find. Well, duh…If they discover drugs or a hacked up body during that legal search…Well, you get the idea.