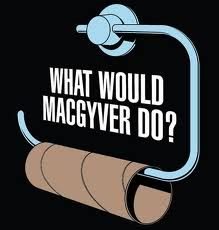 We all know there’s a tool made for every task, right? But what if the situation calls for a little something out of the ordinary? Like, when a police officer encounters someone who’s trapped inside a vehicle at night, can’t unhook their seat belt, and can’t roll down the windows. Oh, and the officer forgot to bring his portable radio and he’s lost his voice and can’t yell for help. What tool could possibly help him out of this dilemma? 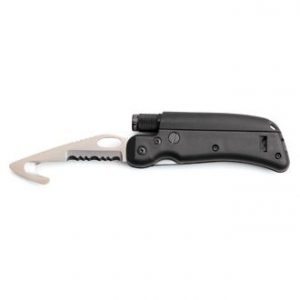 Well, every tool-savvy officer knows to reach for the Multifunction Rescue Tool (above) when faced with scenarios like the one mentioned above. The tool comes with a built-in LED flashlight, a whistle, and a seat belt cutter. It’s designed for one-handed use and easily clips to a gun belt. 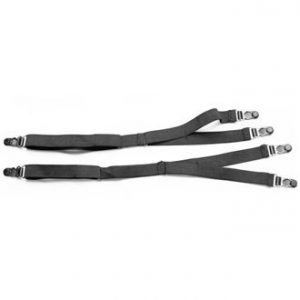 Your hero has spent the last hour chasing some scumbag through the streets where he finally tackled the guy in the alley between Sally’s Cut and Curl and Fred’s House of Ribs. It was a worthwhile foot pursuit because he found $2,000 cash in the doper’s right pants pocket and an equal amount of crack cocaine in the left. Trouble is, your guy has court in five minutes and his uniform is in a mess—pants are wrinkled, tie is off (the bad guy was using it to choke the officer), and he can’t seem to shove his shirt tail back in place. Now, if he’d been wearing a set of shirt garters (above and below) he’d have no worries. The garters help keep the shirt tail down and those ill-fitting cop-socks up. 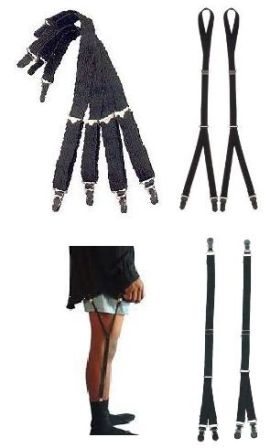 Had your protagonist shopped at our All Things Odd Cop Emporium, he’d have found a breakaway tie that would have prevented that nasty bruise that’s forming just below his Adam’s apple. 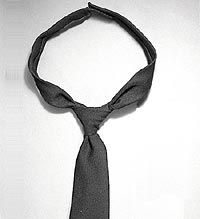 The Breakaway Tie hooks with Velcro tabs at the back of the neck so it can’t be used against the wearer. There’s nothing worse, or more embarrassing, than to be choked with your own tie.

…unless your pants have ever fallen down while you’re wearing those silly-looking shirt garters. That might be a wee bit more embarrassing.

Writers’ Police Academy Photos of the day. Turn up the sound!

Planning has begun for the 2011 Writers’ Police Academy!

Space will be limited next year so reserve your spot early!

Castle: Punked – A Review of the Police Procedure
Scroll to top