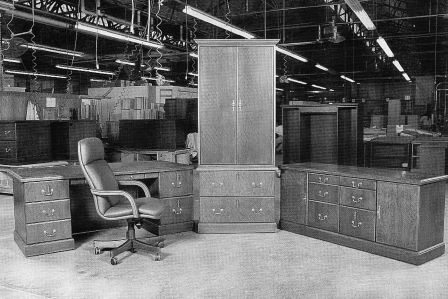 Prison inmates have long been used as the major source of labor for the institutions that house them. Prisoners, upon completion of an orientation and reception program, are assigned to various duties around the institution, such as lawn care, plumbing, auto maintenance, cooking, clerical work, and laundry duty. And they should be required to do this work. It’s not only good for the institution, it’s good for the inmate. Besides, it’s only fair that they help pay for their room and board. But there’s another side to the prison work force that’s not completely general knowledge. And that’s the mega-operation of prison factories called UNICOR.

Unicor is a big business that makes and sells products such as, office furniture, Kevlar products (military helmets, for example), stainless steel products, ergonomically designed office chairs, printed circuits, and much, much more.

These prison factories have a couple of huge advantages over businesses on the outside. Not only do they have built-in cheap labor, they also have a ready-made source of clients, since many of their goods are purchased by the government.

To get a job with UNICOR a person need to simply land in Federal prison and get his/her name on the long waiting list of inmates who desire one of the highly sought-after positions (pay is substantially higher in UNICOR than a standard prison job where inmates receive pennies per hour). Advancement in UNICOR is a bit tougher than the initial hire. The requirement for promotion seems minimal, however, by inmate standards it’s high. Prisoners must have a GED or high school diploma in order to receive an increase in pay. And that can be a long time coming for many inmates.

Not only does UNICOR provide goods at a lower cost to consumers, the business boasts of better behaved inmates. Misconduct infractions can mean dismissal from a job that allows a prisoner to make enough cash to send home to struggling families, pay court fines and costs, and to purchase items in the prison store. The program also claims its inmate workers have a lower rate of recidivism (24% less), they’re more apt to hold a job in the outside world, and they’re less likely to return to a life of crime.

UNICOR has also advanced with the changing times and needs of the country. For example, they operated a Fleet Management system that delivered over 100 vehicles, in a single convoy, to the Gulf region immediately after Katrina. They operate a highly efficient computer recycling program, and they’re hard at work on post-Iraq war plans. 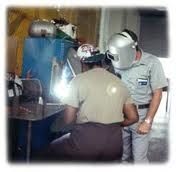 Prison is a big business. One that can’t operate without manpower. I wonder if this could possibly explain mandatory minimum sentencing and the huge number of men and women in U.S. prisons? Still, I can’t help but think that UNICOR is a good thing all around. Unless, of course, people are held behind bars to work for low wages so the government and private government contractors can purchase goods at a lower cost just so they can keep more prisoners in federal prisons so they can work for UNICOR.

– Only 15 days left until the Writers’ Police Academy! We still have room for you!

– Entries are pouring in for the 200 word short story contest. Have you sent yours? The deadline to enter is September 10. The Golden Donut Award sure would look nice sitting on your desk!

All FATS information and schedules will be emailed to attendees this week. Some messages have already gone out. Partners have been assigned, so please check your inboxes.