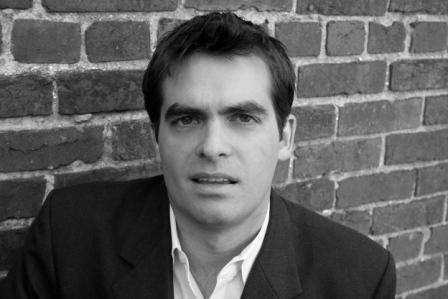 Ulrich Boser is an award-winning writer whose work has appeared in The New York Times, The Washington Post, and Smithsonian, among others. A former contributing editor for U.S. News & World Report, he is the founding editor of The Open Case, a crime magazine and web community.

How did the thieves steal the paintings?

In the early morning hours of March 18, 1990, two men dressed as cops arrived at the side entrance of the Isabella Stewart Gardner Museum in Boston. The men told the guard that they were investigating a disturbance and were let inside. The thieves then bound the guard and his partner, and for more than an hour, they robbed the galleries.

What did the thieves take from the museum?

The men stole 13 artworks including five Degas, three Rembrandts, and a Vermeer. It is the world’s largest art theft. It is believed to be the biggest burglary in American history. The thieves stole Rembrandt’s The Storm on the Sea of Galilee, the Old Master’s only seascape. The robbers also swiped Vermeer’s The Concert, one of only 36 paintings by the Dutch artist. The missing masterpieces are the Holy Grail of the art world, and some believe that the paintings might be worth as much as $500 million dollars. That’s half a billion dollars. The Gardner museum has long offered a $5 million reward for their return, the largest reward ever offered by a private institution.

I didn’t know much about the case. I had never lived in Boston or spent any time at the museum. But in late 2004, I wrote a story for US News & World Report about a man called Harold Smith. He was one of the world’s most successful art detectives. He had recovered lost Renoirs; he had exposed forged Da Vincis. And Smith had worked the Gardner caper for years. But within weeks of our meeting, Smith died of skin cancer, and after his death, I decided to pick up where he left off and start searching for the lost art.

What surprised you the most?

Two things. One was the size of the art underworld. It’s huge. Criminals regularly steal paintings, and the Art Loss Register’s database of stolen art has swelled over the years to include 609 Picassos, 181 Rembrandts, and Caravaggio’s priceless masterpiece Nativity with San Lorenzo and San Francesco. According to experts, the stolen art trade is one of the world’s largest black markets, a $4 to $6 billion illegal business.

I was also surprised by the crooks who steal art. Hollywood and the media often portray art thieves as debonair and stylish, gentlemen theives. But the reality is something much different, and for the most part, the people who steal paintings and sculptures are run-of-the-mill crooks, aging drug deals and out-of-work purse snatches. They don’t wear black turtlenecks. They don’t dance through lasers like a Russian gymnast. Indeed, the thieves who robbed the Gardner cut two of the paintings out of their frames. If you had taken a drawing class in high school, you would know that slicing the works like that could potentially destroy them forever.

And where are the Gardner paintings today?

I don’t know. In the book, I put forward a theory about who stole the art, that one of the thieves was a Boston gangster named David Turner. And if I were to speculate – and this is definitely rank speculation – I believe that the thieves most likely stashed the paintings somewhere outside of Boston and then lost control of the works. But I really don’t know where the paintings are. I have no idea. Really, no one knows for sure, except perhaps the people sitting on the works.

That said, I believe that the lost masterpieces will come back to the Gardner museum. It might take years, decades, maybe even a century, but soon or later, the paintings will go back to the museum’s walls. Because in the world of art theft, hope springs eternal for good reason – it often takes years for stolen artworks to come back. North Carolina, for example, had to wait more than 140 years to recover it copy of the Bill of Rights. A thief stole the artifact in 1865 from the state capital, and the work floated around the art underworld for decades until the FBI recovered the canvas in a sting in 2005.

If anyone has any information on the Gardner heist-a lead on the thieves, a sighting of a missing painting-they can call my toll-free hotline 1-888-292-9380 or email me. They can also contact the Gardner museum’s Anthony Amore. He also collects tips. He can be reached at theft@isgm.org or at 617 278 5114.

I released the site the Open Case along with the book. It is part crime magazine, part social networking site, part America’s Most Wanted. The site offers thought-provoking commentary about crime and criminal justice and we have some great bloggers including former New Times editor Rich Shea, author and gun expert Caitlin Kelly, and best-selling crime writer Casey Sherman.

The site is also an effort to help people crack their cold cases, and we have a lot of information about unsolved crimes, including the Gardner case. You can see some of the police reports from the Gardner caper here, for instance, (www.theopencase.com/gardner) and in the coming weeks, we will be posting some interesting FBI Gardner case files as well.

What’s important to keep in mind about cold cases is that you need the public. When a case has gone cold, it means that investigators have run down all the major leads and they need the public’s help. And on our site people can help solve crimes by searching through old case files and looking at images of fugitives to see if they might recognize someone. We’re also always looking for good writers, and if any of your readers are interested in contributing, they should email me at ulrichboser@gmail.com