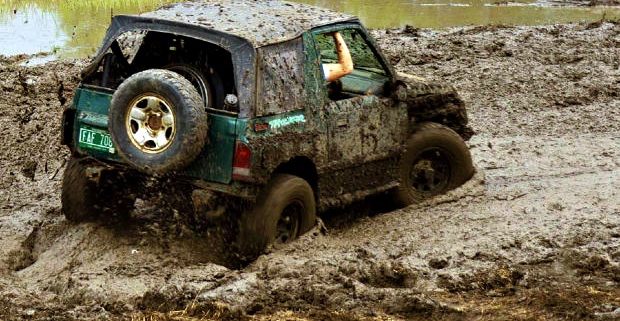 When we began our 9th house hunting ordeal (the first four or five were fun, after that it became more of a chore), we were looking for a home in the countryside or on the water. I prefer acreage, but my wife prefers a smaller lot where you can at least see your nearest neighbor.

Knowing which we’d settle on, she at least allowed me to look at property where I had room to roam before narrowing our search to places that wouldn’t force me to spend a couple of days each week mowing and weed-eating.

While traipsing throughout the rural landscape, we spent a great deal of time traveling on dirt or gravel roads. Roads with names like Red Clay Way and Turkey Trot Lane, where locals give crystal clear directions to their homes by mentioning helpful landmarks, such as …

“Go past Robert Junior’s old horse barn and hang a sharp right at the big oak tree. Then go on down until you see a red mailbox. That ain’t ours, but you’re close. We’re just past where John Henry Daniels used to have a store. Now, it burned down 37-years ago next week, but they’s a big rock there with some yaller paint on it. Yaller was John Henry’s favorite color so his wife, Etta Jean—she’s Romey and Winonna Jenkins’ oldest daughter—painted the rock so’s everybody’d remember him and the store. You know, John Henry sold the best pickles and peaches this side of Atlanta.

Anyways, if you get to where the road splits into a “Y” you’ve done gone too far, so turn around in Mable Johnson’s driveway and head back the way you come. And don’t dawdle none while you’s a-turnin’ round ’cause Mable’s been known to take a shot or two at strangers.

Our house is the blue one a’settin’ off the road about two-hundred yards. The one with the goats and chickens running ’round the place. You can’t miss it. Oh, whatever you do, blow the horn three times when you drive up so we’ll know it’s you, not those pesky Joe Ho’vers Witnessers.”

Anyway, driving on the dirt and sometimes gravel roads took me back to the day when unpaved streets and roads were sometimes my best friend when trying to follow a criminal’s trail. Dirt roads, mud, grass, and even sandy soil can be quite telling … if you take the time to look. Here are a few things investigators look for when following a hot trail.

1. Both cars and trucks sometimes lose traction when heading uphill, and when they do the tread patterns aren’t clear. When going downhill, tread patterns are clear and remain unbroken because the rubber maintains full traction with the surface. Therefore, investigators can easily determine the vehicle’s direction of travel.

3. When traveling on slightly muddy surfaces (about the consistency of slush), the vehicle’s tires force (squirt) mud forward at a +/- 45 degree angle.

4. Mud puddles, small creeks, etc. are perfect for telling which direction a car or truck is moving. Vehicles always push and pull water in the direction of travel. The liquid also washes away tracks on the exit side of the water. So, if you see a puddle with clear tracks leading up to the water’s edge, and no tracks and a wet surface on the opposite side of the puddle, then you know the vehicle is traveling toward the wet road surface. You may also see wet spots on the dirt road from where water dripped off the car frame, after it passed through the puddle.

5. Wet soil often sticks in the grooves of a tire tread pattern. As the vehicle moves along, the soil begins to dry and falls off, and it always does so in the direction of travel. Investigators can follow the trail much like following a trail of breadcrumbs.

6. When viewing tire tracks always position yourself where the track is directly between you and the sun. This enables the best view of the track’s details.

The same is true for examining footwear impressions. 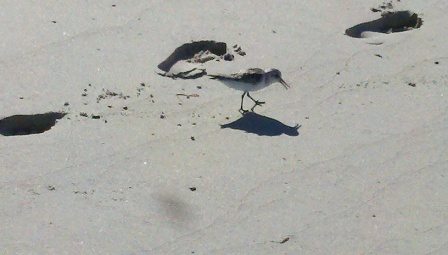 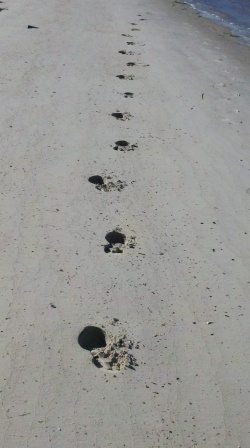 6. Be sure to photograph the track for later comparison to a tire or shoe. 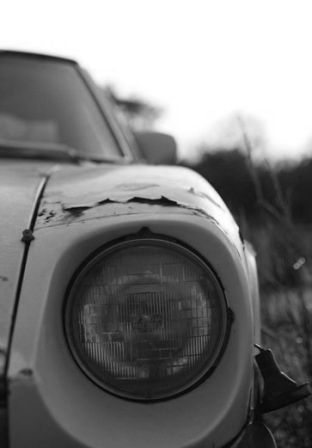 Finally, as you travel, be sure to examine the sides of the roadway and down paths and trails for the suspect vehicle. It would be pretty darn embarrassing to discover you’d passed by the crooks who’d parked in Mable Johnson’s driveway to count the stolen loot.

Followon TwitterSubscribeto RSS Feed
On a Red Eye, Because I Can’t Fix Cancer