It’s just after 1 a.m. and I’m sitting on a plane heading to North Carolina where I, as a father, will be forced to hand over the safety and well-being of my daughter, Ellen, to a surgeon I’ve never met. I understand a robot will also have a “hand” in this operation.

All her life, I’ve tried my best to handle the woes, small and large, that came her way. From bee stings, scrapes and scratches, to sports injuries and dumb luck and more. I’ve tried to be there. Fix things. That’s my job.

Again, I’m stuck and at the mercy of a surgeon and her robot, neither of whom I have yet to meet.

Ellen and I touch base at least once each day, by phone, Skype, and sometimes via social media. Our chats last anywhere from a couple of minutes to a couple of hours. There’s typically no rhyme or reason or purpose for our conversations other than to share a bit of dad/daughter time.

As I mentioned, I’m on a red eye flight to the East Coast and the plane is graveyard quiet, and dark. Not a single light other than the glow emitting from my laptop. The constant buzz of the engines has worked its magic on most of the passengers, Denene included, who are snoozing away while my mind is darting in a zillion directions.

One of those side avenues leads me down a path where a ton of thank-yous are in order. Many of you sent gifts and cards and messages to Ellen and she was surprised and thrilled to see so many wonderful things show up on her doorstep and in her mailbox. I can’t begin to express how much this has meant to her, and me.

At a time in your life when you sort of feel as if you’re facing “it” alone, well, it’s heartwarming to have so many good friends show so much kindness and generosity.

Okay, the captain has just turned on the fasten seat belt sign, and rightfully so because I feel as if I’m attempting to type while inside a child’s bounce house at a birthday party for 100 youngsters.

The bumpy ride, though, reminds me of a time long ago when Ellen was still a teen. She I decided to go for a bit of off-road 4-wheel-drive adventure where we hit a super deep muddy hole and nearly overturned my vehicle. Of course, we giggled like two little kids and even thought about making a repeat trip through the bottomless pit but decided to leave well enough alone.

Monday’s coming fast, the time when I’ll have to turn Ellen over to the surgeon. They’ll wheel her down a hallway and back again several hours later. It will not be me who fixes her. Instead, I’ll remain behind with Denene, Tyler (our grandson), and our son-in-law John.

I know, I’ve already handed off my little girl to her husband. Did so many years ago, and he’s a good husband. A good man. And a good father. He, too, would trade places, and he, too, must trust my little girl/his wife, to a stranger.

We, as a family, are fortunate. We have each other, and we have Ellen who, by the way, is one of the strongest women I’ve ever known. She’s a wonderful daughter, mother to Tyler, and wife to John.

She’s the glue of their family.

And she’s still my little girl. Always will be.

Not so long ago, Denene’s mother was diagnosed with a serious cancer and had major surgery as a result. She started chemo a few days ago.

For days you guys prayed and sent kind words, gifts, books, and messages. Since her surgery and while going through chemo, my mother-in-law has been back to church and even out to dinner with a ladies group. She’s not well, but she’s living life. Thank you all for sticking with us.

And now, we have Ellen who underwent emergency surgery a few days ago and will be back in the surgical unit again on Monday.

If you have any left at all, a couple more prayers would be very much appreciated. And, thank you for understanding that for the next several days, at least, my online activity (blogging, etc.) will be limited. I’ll keep you posted about the surgery, though (on Facebook).

By the way, Ellen and I recreated our off-road adventure the last time I was there for a visit. Denene was at her mother’s tending to her health issues and I was at Ellen’s to take her to begin the first of her cancer tests. Obviously, with Denene two-hours away, there was not an adult present in our vehicle when Ellen and I made the decision to stomp the pedal to the floor and hope we came out on the other side of the mud and deep ruts. An adult would never, not in a million years, approve of what we’d done.

Yes, we still giggled like little kids, even decades later. Of course, driving off-road in a pit of mud while driving a rental vehicle seemed a bit less insane.

Ah, nothing like a bit of quality dad/daughter time … But it was a memory we shared and doggone it, we did it again simply because we could and because, for some reason, it felt like the right thing to do … at the time.

And she’s still my little girl. 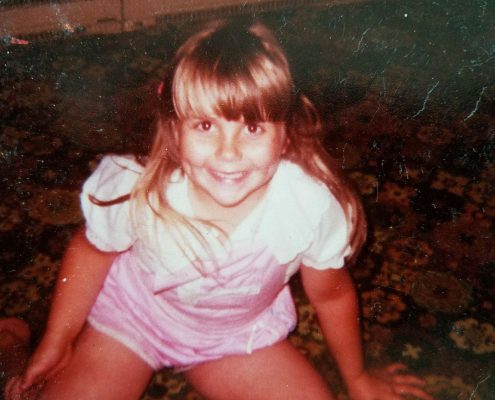 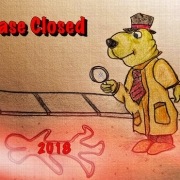 Thank You, Dear Friends: 2018, a Super Tough Year, is Almost Behind Me
6 replies