When society signed on with the plan to have criminals placed behind bars as a means to protect the public from dangerous criminals, and to punish those who choose to break the law, well, there was a certain expectation that the men and women tasked with guarding those prisoners would be honest, forthright, and law-abiding. I mean, come on, we can’t have murderers and thieves watching other murderers and thieves, right?

Well, as odd as it may seem, that “no crooks watching the other crooks” disqualifier might not be the case in at least one U.S. jail, the Hampton Roads Regional Jail located in Portsmouth, Va. HRRJ serves the cities of Portsmouth, Hampton, Newport News, Chesapeake, and Norfolk.

Originally established to ease general overcrowding in local jails, HRRJ has since evolved into managing inmates with medical and mental health issues or disciplinary problems.

Before we look at the qualifications to work as a corrections officer at the Hampton Roads Regional Jail, though, let’s first take a quick look at former HRRJ prisoner Mark Goodrum.

Goodrum was (notice I mentioned him in the past tense) a 60-year-old man who was arrested for misdemeanor possession of marijuana.

On January 8, 2014, officers responding to a complaint of the odor of burning marijuana coming from Goodrum’s apartment, did indeed experience the same. They smelled marijuana smoke so they knocked on Goodson’s door. He answered, as we do when someone knocks, and the officers issued him a simple summons for the misdemeanor and were quickly on their way, leaving Goodrum to go about his daily routine.

Well, as bad luck would have it, Goodrum was evicted from his apartment and then didn’t show up for court on the scheduled day he was to appear for the marijuana possession case.

Soon after, Goodrum missed yet another court date.

Goodrum then suffered a stroke and missed another court date. The judge had enough of the missed court dates and issued a bench warrant for failure to appear. Goodrum was arrested and jailed at the Hampton Roads Regional Jail.

Remember, Goodrum’s initial offense was for simple possession of marijuana. He was issued a summons (basically the same as a traffic ticket). Keep in mind, though, that he was not jailed for marijuana possession. He was locked up because he didn’t appear in court to answer for the minor marijuana offense. Still, the entire mess started over Goodrum’s desire to smoke pot within the confines of his own home.

On October 14, 2015, Goodrum was booked into the Hampton Roads Regional Jail. He died on November 11, 2015, less than one month after the steel doors closed behind him.

What does Goodrum have to do with bad guys being supervised by other bad guys, you ask? Okay, remember Goodrum’s initial offense, the one that started the chain of events that ended with his death in jail? That’s right, he was ticketed for possession of marijuana, an act that is still very much illegal in the Commonwealth of Virginia. Simple possession of mairjuana in the “Virginia is For Lovers” state is a Class 1 Misdemeanor, an offense that’s punishable by up to 30 days in jail and/or a $500 fine.

Possessing marijuana is I.L.L.E.G.A.L in Virginia. It’s a crime that’s punishable by time behind bars, like the bars and steel doors and the razor wire at the HRRJ. And that, one would think, would be just cause for a person to not be allowed to wear a badge and supervise others who’re incarcerated for committing the same offense. Makes sense, right?

Well, if we dig a bit into the qualifications to work as a corrections officer at the Hampton Roads Regional Jail we see a couple of real head-scratchers appear.

Their list of disqualifiers for employment includes (notice the text highlighted in red):

The following automatic disqualifiers will cause the processing of the application to be immediately discontinued:

So it appears that corrections officers working in the HRRJ could have broken the law (smoked and/or possessed marijuana and have been convicted of doing so) and still work as an officer who supervises prisoners who’re incarcerated for smoking and/or possessing marijuana.

The list of disqualifiers is a bit contradictory, too. Because while stating that people who apply for jobs may not have on their record a conviction of a misdemeanor involving morals, decency, or illegal drugs other than marijuana, the list goes on to state a disqualifier of any use of heroin, cocaine, PCP, methamphetamine, hallucinogen, or other Schedule 1 or 2 Controlled Substance within past 3 years.

What’s the one big argument we hear from marijuana advocates? That’s right, it’s listed as a Schedule I drug alongside heroin and other dangerous drugs that have no medicinal value.

This listing of things you can and can’t do when expecting to be hired as a jail employee tells us a couple of things. One—marijuana is not dangerous. Well, it’s certainly not dangerous in the sense that heroin’s dangerous. Next, It’s okay for jail employees to have a history of pot smoking, but the same is not okay for people who don’t wear a badge? After all, 2nd and 3rd offenses may increase sentencing lengths for those convicted of marijuana crimes.

How is it possible that uniformed, badge-wearing pot smokers are standing on the outside of the bars looking in at other pot smokers who’re wearing black and white stripes while waiting for their day in court to answer charges for smoking pot? Maybe it’s time for lawmakers to seriously rethink marijuana laws? At the very least, everyone should be held to the same standard. Shouldn’t second chances (for nonviolent crimes like marijuana possession) be offered to everyone, not just the people who work in this particular jail while guarding the folks who may not have received a second chance at their dream job?

And, why is it so that a regional jail is housing mental health patients behind bars? But that’s a topic for another day.

Yes, I know, I’m probably the last person you’d expect to hear this from, but this sort of thing gets my goat, and I don’t like it when my goat is missing … 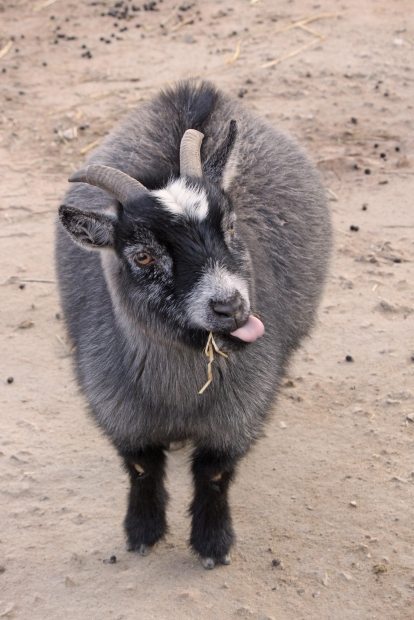 Followon TwitterSubscribeto RSS Feed
Rookies: Here They Come To Save the Day!