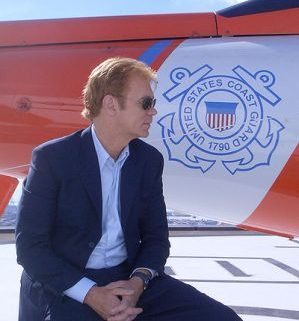 David Caruso, fiery orange hair ablaze against the blue-tinged Miami background, slowly takes off his sleek titanium Maui Jim sunglasses, his stone-cold, magisterial face reminiscent of a life lived with almost too much manliness, his SUV parked behind him, exploding (for no apparent reason at all) in a majestic, slow motion show of pure awesomeness. And only one thing comes to mind as you prepare for an exciting episode of CSI: Miami: This is forensic science!

Isn’t it? Wait – it’s not? Not even a little bit? “Uh-oh, I just signed up for a degree because I thought it looked really cool thanks to David Caruso’s sunglasses … I mean, show. Oops!”

Television and film have shown us great, albeit far-fetched – and many times ridiculous! – variations on the forensic scientist and detective, over the years. And CSI: Miami, along with its numerous counterparts, continues this grand tradition. But this is what many people think of when they imagine forensic investigators out in the real world – a stylized work environment full of guns, babes, bullets, and blood, in which our star scientists solve a case in 42 minutes flat, with time to spare for soaking up the Miami sun and grabbing a few brews with colleagues.

The actuality is a bit different. While TV and movie portrayals tend to push the bounds of plausibility, forensic science is an important and fascinating asset to our society as a whole. It’s worth a closer look to see what makes forensics so interesting, as well as to learn more about a career that will allow you to make a real difference within the ever-growing and always exciting field of forensic science.

Forensic science is the discipline of combining a variety of scientific and technical means to reconstruct past events from still-existing evidence. In criminology, the focus is on civil and criminal cases. Within this broad spectrum of forensic science, there are roles as a forensic engineer (with a focus on traffic accidents, fire investigations, wrongful injury and product failure cases), medical examiner (ascertaining cause of death), or forensic science technician, among many other positions and specializations.

A Focus on CSI Types and Lab Rats

The work of forensic science technicians embodies a great deal of what the forensic world has to offer. In most instances, workers will specialize in one of two categories:

According to the American Academy of Forensic Sciences and the National Institute of Justice, they are – at the most basic level – scientists interested in putting together the disparate puzzle pieces left after a crime has been committed.

If this is you, you may be in charge of collecting, analyzing, and, many times, presenting your findings in a court of law. The diverse and complex investigations may include crime scenes, arson, missing persons, mass fatality, and cold cases. Your job is to provide a clearer picture of a crime to the police, a jury, and the interested public. You have the chance to provide the ending to the story.

What Will You Do?

At crime scenes, you may:

As a laboratory technician, you may:

– use scientific analysis to classify evidence found
– reconstruct crime scenes in order to figure out what really happened
– use diverse and expensive laboratory equipment and chemicals in order to properly analyze materials
– conduct testing on fingerprints, DNA, blood splatter, ballistics, and more

Most laboratory workers have a specific focus on, say, ballistics, DNA, or blood spatter. Depending upon inherent differences in each unique case – whether arson, kidnapping, or murder – investigators employ a range of different methods and techniques in order to solve the underlying mystery. These experts often have backgrounds in fields like chemistry, mathematics, biology, physics, or computer science.

How does it sound so far? Pretty cool, right? Maybe not in a “David-Caruso-car-exploding-glasses-off-not-a-care-in-the-world” kind of way, granted. But it is much more helpful and beneficial to society, don’t you think?

Prerequisites and Requirements of the Field

How do you become a forensic science technician, you ask? Let us count the ways, courtesy of the Bureau of Labor Statistics.

You may need copious amounts of on-the-job training before you can work independently on cases. You’ll also want skills like good public speaking and the ability to write reports that are not only technically accurate but also understandable to non-technical readers.

You’ll have the opportunity to work in a variety of environments: police departments, morgues, hospitals, universities, medical examiner/coroner offices, crime laboratories, and more. Developments in technology – as well as jurors’ growing knowledge of forensic techniques – is expected to lead to steady growth in coming years. Also, due in large part to its portrayal in the mass media – thank you very much, David Caruso and your exploding car! – there will be substantial interest from students for years to come.

What Does It All Mean?

If you want to make a difference while doing work that will both challenge and satisfy you creatively, forensic science may just be the perfect choice. You’ll have a wide variety of specialties to choose from and the chance to solve interesting problems using cutting-edge technologies. David Caruso, eat your heart out!