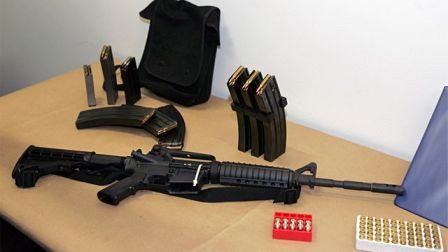 The AR-15-type rifle, like the rifle used in the recent Newtown school massacre of young children and adults, is an extremely popular firearm. So popular, in fact, that approximately 1.5 million were manufactured in the past five years. According to an ABC report, that’s one assault-type rifle per 209 Americans.

Bushmaster is the company name of one manufacturer of firearms and accessories. It was one of their rifles that Adam Lanza used last week to slaughter innocent children and adults. I have to say, though, that the brand name of the rifle had nothing to do with the murders. It could have just as easily been a rifle made by any of the other manufacturers.

To see and learn how these rifles operate, you can visit the Bushmaster website for a complete listing of Bushmaster products. While there, you may also visit an interactive demonstration of how the rifle works. Click the link below to view the Bushmaster rifle demo. Once on the site, I suggest clicking on the “glass” view to see the internal workings of the weapon as it cycles through the loading of the magazine and firing of a round.

The .223 caliber round is an ammunition of choice for these “assault rifles.” 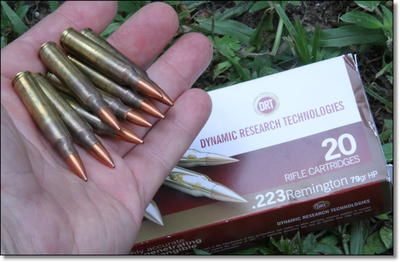 There are many types and brands of ammunition on the market. For example, Dynamic Research Technologies (DRT) manufactures a .223 round (bullet) that has the appearance of a standard bullet on the outside, but internally is like no other. In fact, a Guns America article states, “Through hard surfaces, from bone to sheetrock to windshields, the DRT rounds apparently behave like any other .223 round. But 2″ into liquid or organic matter, they come apart and fill the wound channel with a small cyclone of spinning powder. This completely disables the target, causing an immediate loss of blood pressure and overwhelming trauma.”

By the way, the organic matter stated in the paragraph above…well, that’s a nice way of referring to flesh and blood.

How deadly is .223 ammo? One hunter needed only a single shot from a distance of 179 yards to kill a 350 pound wild boar. So, what would that same round do to a 45lb. human target, at close range?

Here’s another fact about .223 ammunition of any kind or brand: Those children and school employees in Newtown never had a chance.

I know nothing about DRT. Theirs was the first name I came across when researching this article. There are many more. Also, I have no idea of the brand or type ammo used in the Newtown shooting.

Here’s a couple of questions for all of you. Do you think magazine capacity should be limited to fewer rounds? Would it make a difference if they were?

*By the way, this article is not intended as a discussion about gun control. Instead, it is for informational purposes to assist writers who seek to bring an added level of realism to their stories. So you can stop the hate mail. I’m not biting. I do, however, wish there was a solution to the worldwide violence problem.

The Patrol Car: An Officer’s Mobile Office
Scroll to top