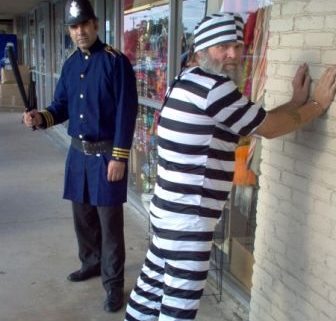 The world of cops and robbers is an entity all its own. It’s a culture that lives and breathes in every neighborhood of every city. With each individual society comes a set of traditions, rules, regulations, and language. To survive in these various social orders, members must learn to walk the walk and talk the talk. For example, the word cop might conjure up images of a burly police officer to you, but to a criminal, cop means to take plea agreement offered by the DA (“I’m not going to take a chance with a jury trial. I’m going to cop a plea.”).

Let’s take a peek at a few of the slang terms used by cops and robbers.

Jailing (jailin”) – Wearing pants with the waistband so low that the underwear/boxer shorts are exposed. This style actually began in prisons and jails because inmates are issued ill-fitting clothing. Their jail-issued pants are often much too big causing them to ride low on the hips. Chicken head – Someone who gives oral sex in exchange for drugs. 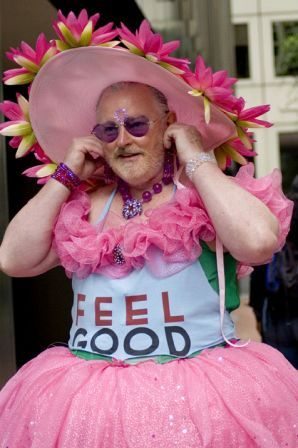 Bullet – A one year prison sentence.

Pruno – Alcohol made in jail or prison by inmates. Also known as hooch. 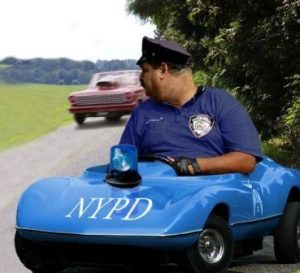 Catch a ride – Share someone’s drugs. “Hey, Dude. Can I catch a ride?”