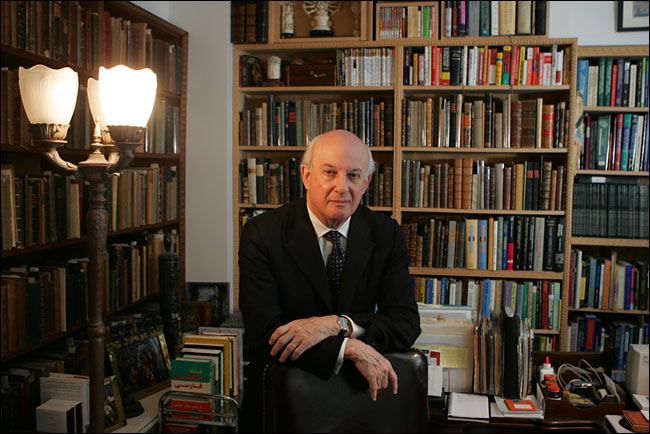 Dr. Michael Stone, the host of Discovery’s “Most Evil” is a professor of clinical psychiatry at the Columbia College of Physicians and Surgeons. The author of ten books, he has recently published “The Anatomy of Evil” with Prometheus. Known for his 22-category scale of evil, Dr. Stone agreed to answer some questions about his work, posed by Katherine Ramsland. “Most Evil” can now be seen on Investigation Discovery.

The Faces of Evil:

An Interview With Dr. Michael Stone by Dr. Katherine Ramsland

Dr. Stone, you’ve written a comprehensive account of the world’s most evil people and evil acts, taking into account many factors. You probably have the world’s largest collection of biographies of killers. How did you decide on the criteria for dividing evil acts into 22 categories along a scale?

I used my responses to the different murders and other violent crimes I read about – mostly from true crime biographies – as my yardstick for creating the scale. I tried to rank the various crimes and criminals according to how horrific and shocking they were, and according to the level of suffering that their acts imposed on the victims. After reading some hundred or so such books, I ended up with 22 categories. I anchored the scale to a “zero” point, where there was no evil at all: that was for “justified homicide.” That was my Category #1. Then came crimes of passion: that was the first level of Evil: Category

#2. At the opposite end: murder after prolonged torture of the most heinous type (or even torture of that sort without murder). That was level #22. Now that I’ve read almost 700 such books and have interviewed violent criminals in many places, I still use that scale, though there are a few who are difficult to place in a precise way.

How might the scale of evil assist the justice system?

I didn’t create the scale to be a guide for judges in court, though I can see how there might be some utility. In states that use the death penalty, for example, I would want to see that punishment reserved for the truly depraved torturers (like Noel Dorbal, currently on Death Row in Florida), and not for crimes of passion where the killer happens to kill several people at once (as in the case of Wayne Coy Wesbrooke who killed his ex-wife when she invited him for a “reconciliation”: she was giving sex to two men at once, and two others in the front room were making fun of Wayne. Wayne being a good Texan, he went to his truck, got his rifle, and blew all five away. Because there were so many bodies, even Texas couldn’t look the other way, so they put him on Death Row – and then gave him a stay of execution). My point: capital punishment is currently used rather indiscriminately, and should be thought of only for the most heinous crimes – and then only where the evidence is at the level of 100% proof.

You just published “The Anatomy of Evil.” Such a writing process demands a great deal of immersion in horrific acts and dark personalities. Was the book difficult to write? Did you have a way to refocus on lighter subjects?

Immersion in horrific acts and dark personalities of course often generates disgust (as in the case of John Evander Couey in Florida, who raped a 6-year-old-girl and then buried her alive), but I can’t say it made writing the book more difficult. If anything, it gave a sense of urgency to the writing: here is something the public needs to know and think about. As for refocusing on the lighter side, my wife and I go to the theater or the opera about twice a week, and try to arrange dinner dates with our friends – so that on balance, we spend a lot more time being exposed (if that is the right word) to very lovely people than to these ugly museum-pieces – rarities, after all – about whom I was writing.

You have interviewed or read about many extremely violent killers. Does any one of them stand out in some way?

As to who stood out among all the violent killers I studied and interviewed, there are several “stand-outs”: David Parker Ray (of the New Mexico torture-house he created, that he called his Toy Box), Leonard Lake (and his California torture-house), and John Ray Weber in Wisconsin, who tortured his young sister-in-law in ways that my editor would not let me describe in print, and that I can’t speak about in detail on the radio.

Did any of them surprise you?

As for surprises, yes – I was surprised by Tommy Lynn Sells, on Death Row in Texas. I assumed I’d hate him and want to pull the switch on him myself. But when I interviewed him, I was struck by his candor and openness about his dreadful childhood and about the terrible crimes he committed, since he was willing to explain to me how his crimes gave him a (temporary) surcease from the rageful and vengeful feelings he had stored up over the years because of his maltreatment. So I ended up with some respect and sympathy for him.
Did any of them, after talking with you, seek more extensive contact as a result of trusting you?

Several of the prisoners I interviewed sought more contact with me afterwards: Tommy Lynn Sells and I continue to exchange letters; I published at the end of my book part of the poem Dennis Nilsen sent me in one of his letters; I also received a letter from Wesbrook, whose stay of execution may have stemmed in part from the many letters the prison received after my show – expressing sympathy for Wayne (and for which he was grateful).

Who among them would you most want to study more in depth?

I would have wanted to study Diana Dial, whom I interviewed in Texas: she was a very intelligent, educated woman who became lastingly psychotic “post-partum” after her third child. She killed her landlord, thinking he was trying to poison her and that he was part of the plot hatched by the Nazis and the Kennedys (the Kennedys???) to take over our country. I asked the warden if it’d be possible to do a functional MRI on her, to see what parts of her brain responded to various types of questions – but of course there was, as I was told, no money for that kind of research in the prison. I would have wanted to study the cannibal I interviewed in Montana, especially when I discovered (by studying all the cannibals I could find in the literature and from the internet) that half the cannibals were gay (as was the one in Montana). We all say of our babies: he or she is so cute, “I could eat him up” or “I could eat her up.” But we don’t. The cannibals do. Why? I haven’t a clue.

Do you find anything consistent in the childhood development of narcissism in the psychopathic killers?

As for the childhood development of narcissistic/psychopathic killers, many had been treated with either brutality or neglect (or both) by their parents – which seems to have some explanatory value. But more intriguing are the ones brought up in normal families, especially the adoptees adopted by normal families (like serial killer Gerald Stano or Lawrence Bittaker – with whom I correspond). Clearly, there is a strong genetic component to psychopathy, such that some psychopaths, even though never abused or neglected, go on to commit horrific crimes – thanks in part to their congenital deficiency in compassion.

You have also studied a long history of philosophical issues involved in pondering evil. Has this supplemented your psychiatric analysis of the subject?

My study of what philosophers and theologians have had to say about evil, spanning the past three thousand years, has taught me that they almost never get down to real cases. Instead they speak of evil in the abstract as if it were some supernatural force that gets somehow instilled in certain persons, as if against their will. “The Devil got into me, and made me do it!” I don’t think we can think constructively about evil until we get away from that abstract way of looking at the problem – and realize that “evil” is, if anything, a reaction – the word we use – when we hear of or witness an act of breathtaking cruelty or wickedness. So I’m interested in what Augustine, and St Thomas, and Maimonides, and Spinoza, and Descartes, and Kant, and Hegel, and Kierkegaard had to say on the subject – but I always find myself thinking: you guys never stood over the site where a girl-child had been raped and buried alive, and was now dug up; you weren’t there when Susan Atkins (Manson’s devotee) stabbed to death actress Sharon Tate, yelling at her: Die, bitch!! – so you don’t know about evil firsthand; you don’t know it has nothing to do with God, and everything to do with Man…

What kind of person, having committed evil acts, is still salvageable?

The kind of person who has committed an act that the public regards as evil – may yet be salvageable if he or she can experience genuine remorse for the act, turns out not to be a psychopath, and shows other characteristics of being able to conduct himself as a decent law-abiding citizen. Examples: Wayne Wesbrook, that I mentioned; Ron Luff, the devout Mormon who got mesmerized by Jeff Lundgren – the psychopathic cult leader in Ohio, who got Ron to help him kill the five members of the Avery family, when the father no longer trusted Lundgren. A very decent and remorseful man when I interviewed him in Chillicothe prison in Ohio: he had already served 17 years of a 170 year sentence, but I would definitely say he is salvageable and I would welcome him in my home. Susan Wright, who stabbed her husband to death after he had abused her physically repeatedly, cheated on her, and given her a sexually transmitted disease – is salvageable. James Cahill III who tried to kill his wife with a baseball bat (envious of her much greater social/financial success) and then, when she lay recovering in the hospital – sneaked in, wearing a wig and a janitor’s uniform, and injected her with cyanide (thus finishing his job) – is not salvageable. If you’re in the presence of psychopathy and wondering about salvageability, the key word is (in Brooklynese) fugeddabottit!. 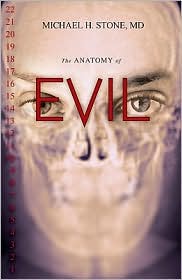 Dr. Katherine Ramsland has published 35 books and over 900 articles, and is the chair of Social Sciences at DeSales University, where she teaches about forensic psychology, profiling, serial murder, and forensic science.  Her latest book is The Real World of a Forensic Scientist, with and about Henry C. Lee.

Please check back next week when I interview Dr. Ramsland about her project with Dr. Henry Lee.