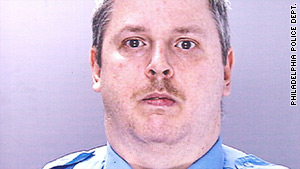 It started in the early morning hours in a West Philadelphia neighborhood. A strip mall had been recently burglarized, therefore officers were keeping a close eye on the businesses. A patrol sergeant, Robert Ralston, saw two suspicious men in the area. When he attempted to stop them to see what they were up to they fled, each in a different direction. The sergeant bravely pursued one of the men up a steep dirt railroad embankment. Sergeant Raltson caught the man at the top of the hill near the tracks and grabbed him. The suspect spun around and fired a shot at Ralston with a silver-colored pistol. The officer quickly knocked the gun away, but not before the round grazed his shoulder. Ralston, in spite of his close brush with death, somehow managed to squeeze off two rounds of his own as the thug made his escape.

Ralston later told his fellow officers that he believed one of those rounds wounded the suspect, a man the officer described as a black man with a tattoo under his left eye and long cornrows in his hair. His description of the second suspect was merely that he was black. The neighborhood where the incident took place was a predominately African American neighborhood.

An extensive manhunt was launched for the man who attempted to murder a twenty-one-year veteran of the Philadelphia Police Department. Cops look after their own.

Detectives scoured the neighborhood, knocking on doors searching for whatever scrap of information they could possibly use to piece together a case against the man who’d shot one of their brethren. Dogs were brought in to search for the men. Uniformed officers searched the area for clues. No stones were left unturned. But the suspect had vanished into night. 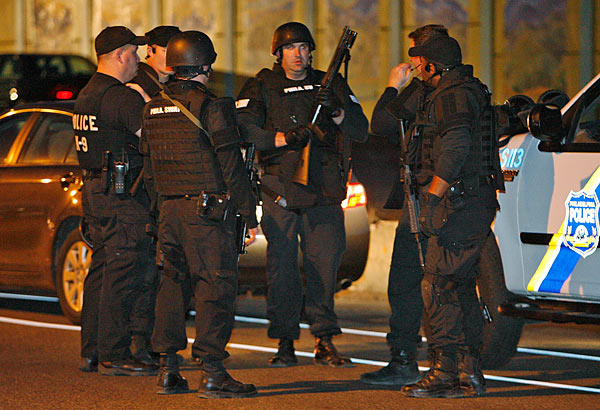 Police search for the shooting suspect

Later, the local chapter of the Fraternal Order of Police offered a $10,000 reward. Still nothing.

Sergeant Ralston was treated and released from the hospital. Had the bullet traveled just a few inches in another direction the outcome would not have been as good.

An incredible story of cops doing what cops do—protecting us from harm while we sleep, right? Well, not so much this time. It seems that Sergeant Ralston made up the entire story. There were no black men, no gun, no chase up the embankment, no struggle, no cornrows, and no tattoo. The only thing that was real was the wound in Ralston’s shoulder, a wound that he himself caused. Yep, Ralston, a twenty-one-year veteran of the police department admitted to shooting himself in the shoulder. His motive is not clear. Perhaps it was an attempt to get a transfer, or to get the attention that comes with an incident such as this one. No one knows for sure because the department had to promise immunity from prosecution in exchange for Ralston’s confession.

Police Commissioner Charles Ramsey said Ralston has been suspended with intent to dismiss. I know graveyard shifts can be extremely boring, even real snorefests at times, but to go to this extreme? What could possibly prompt someone to do something so outlandish? I certainly don’t understand it.

I guess the citizens of that Philadelphia neighborhood are just lucky that Ralston’s plan hadn’t included shooting an innocent person to make himself look like a hero. Hopefully, the good people of Philadelphia won’t judge the entire department on the actions of this officer’s act of stupidity.

Commissioner Charles Ramsey with members of the Philadelphia Police Department