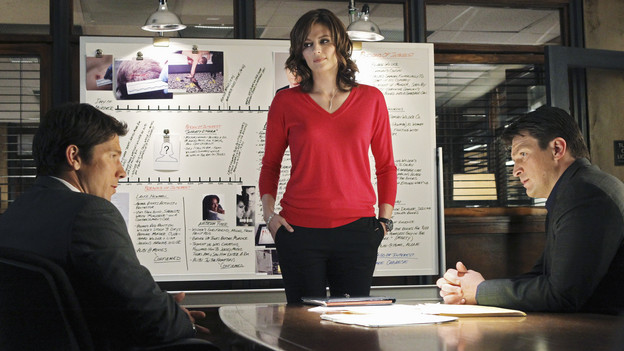 The bell rang and Castle and Demming came out swinging. Both men were prepared for the fight, with each delivering sharply barbed uppercuts, jabs, and one-liners. And if looks could kill! The only thing missing in this episode was the TKO in the final round.

But, who won the overall battle? I know who received the lip lock and girly giggles from Beckett, but is he truly going to be the last man standing when the bout is over? I guess we’ll have to wait and see.

Anyway, the show opened with Alexis editing Castle’s new book, our first glimpse at the green-eyed monster that’s clawing at the inside of Castle’s gut. Alexis doesn’t like the new detective in the story so Castle happily and forcefully uses the deadly red pencil to eradicate the character. If only the act could be as simple in real life.

Next, we found ourselves in the presence of the Queen of Ouija Board Forensics, Lanie Parish. She had two minutes on screen and still managed to say something stupid. “The bullet missed his heart.” A pause and then, “He didn’t die for quite some time.” I’m guessing she now has a crystal ball in her magical M.E. toolbox, because, without an autopsy, there’s no way she could know the bullet missed any vital organ. Where’s Perlmutter when you need him?

– The victim was killed around 10:52 pm, and Beckett and crew are on the scene sometime the next day. Yet, the victim’s blood is still bright red and oozing from the wounds. Nope. The blood would have coagulated and turned a rusty-brownish color in that amount of time.

– Beckett, for some reason, chose to walk through the spilled mop water. Then she stood in the puddle while talking to Castle. Why? Did anyone else notice this? Why didn’t she simply walk around it instead of tracking soapy water through the crime scene?

– The banter between the “Three Stooges” was great. Beckett’s sidekicks, Esposito and Ryan, have really come a long way since the first episode. And their playtime with Castle is pretty funny. 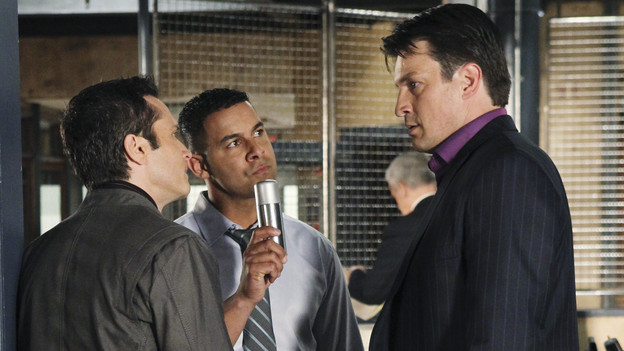 – The scene at the fleabag hotel made me laugh out loud. The clerk told Beckett that the guest (suspect) registered as Scarlett O’Hara.

– The sketch artist drew a composite that looked exactly like one of the persons of interest in the case. The drawing was based on a description given by a wino. How realistic was that? Not!

– I actually felt sorry for Castle when he asked Beckett if he could sit in on an interview conducted by she and Demming. Beckett’s reply of, “Yeah, right,” was as cold as the liquid nitrogen used in last week’s show. Beckett and Demming continued walking, leaving Castle alone in the hallway like a child who’d been told to sit in the corner. 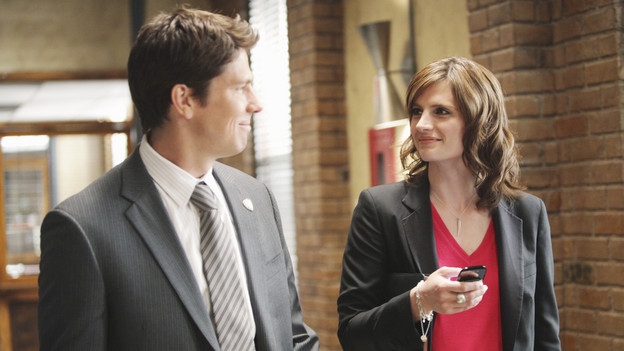 Now, back to the murder. It seems that Beckett and crew were satisfied thinking that both suspects committed the murder, at two different times. One shot the guy and the other came in later and hit the already dead guy over the head with a blunt object. Well, you can’t kill a guy twice. More than likely, the shooter would have been charged with the murder and the second suspect with abusing a corpse, if that’s the order in which he was killed. Of course, larceny, B&E, and other charges would have been tacked on, as well.

This was a great show for many reasons. One—we only had to endure Lanie Parish and her voodoo forensics for a short time. Two—it was well-written, and fun.

But where is this going… 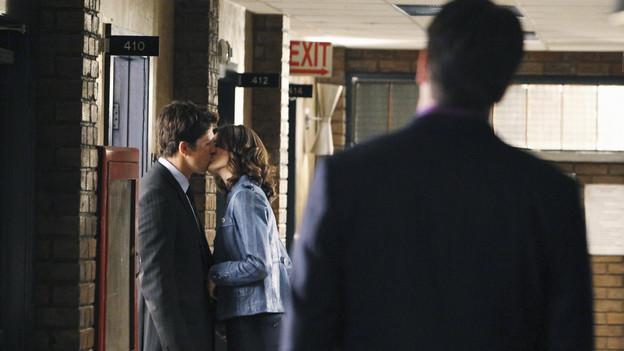 And what do we make of moments like this… 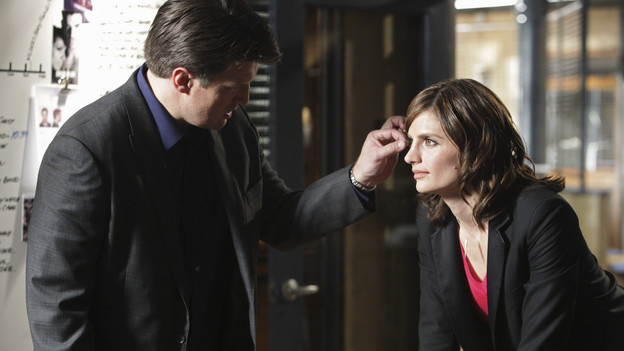 I just think Beckett’s having a bit of fun and enjoying the attention, because we all know where her heart is leading her. Don’t we?

By the way, I didn’t see this little guy’s name in the credits, but he certainly played a major role in this episode.