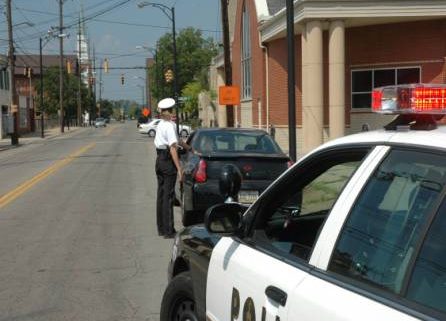 Officers absolutely must be on high alert during each and every traffic stop. And they must remain in that heightened state of “ready for anything” from the moment they activate their blue lights until the stop is complete and they’re back in the safety of their patrol cars. After all, they never know what to expect. The driver could be wanted for a serious crime, such as murder, or rape. Is he carrying dangerous drugs or other contraband? Is he armed? Are there explosives in the car? Is this an ambush? Suicide by cop? The list goes on and on.

Police academy instructors teach recruits how to be safe. They set up mock exercises simulating every possible scenario that officers could encounter once they hit the streets. Still, traffic stops are one of the most dangerous duties of police work. There are many unknowns. Too many. And the danger level is amplified many times when stopping a car at night.

Imagine that it’s 2 a.m. and you’re patrolling a lonely stretch of highway when you spot a red sports car parked on the shoulder of the road. Headlights and brake lights are both on. The driver has his foot on the pedal. You pull in behind the car and flip the toggle switch to activate your blue strobe lights (to let them know you’re a police officer), and immediately hear loud music blaring from the car’s speakers. The car’s windows are tinted black and you can’t see inside, but the motions of the vehicle tell you people are moving around. To make things even worse there’s no moonlight or streetlamps. For all you know, the driver and an unknown number of passengers could be pointing machine guns at you. Your nearest backup is a good twenty minutes away. Believe me, it’s unnerving, to say the least.

New officers learn to do certain things when making traffic stops. The officer in the picture above, for example, has positioned her patrol car on an angle to the roadway, with the front tires also angled out toward the street. She has her left hand on the trunk of the car. Why not her right hand? She’s looking ahead at the passing car while keeping the driver in her line of vision. She’s standing a certain way. Actually, it appears that she’s doing everything right. Good for her, because she had no idea a photographer was behind her. We were pretty sneaky.

Wait a minute. If a camera-toting writer and her supervisor could sneak up behind her…well, why couldn’t a cop killer do the same?

Okay, enough of my rambling. It’s time to put the shiny shoe on the other foot.  I’m asking each of you to tell me why the officer decided to do the things she’d done. And, is there anything else she could have done to ensure her safety?

Remember, she wants to go home at the end of her shift, and she wants to make it there without any bullet holes in her body.