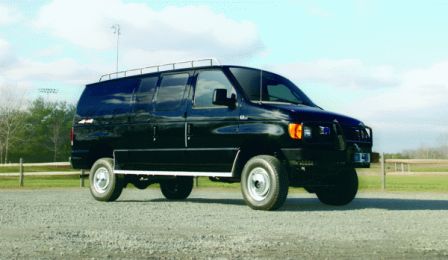 Have you ever wondered how detectives capture those really cool, real-time, incriminating photos, videos, and audio recordings of criminals? It seems as if the cops are mere inches away when the bad guys are committing their crimes. How do they do it? Simple, they roll out the heavy artillery – surveillance vans.

Police surveillance vans can be disguised as the vehicles used by plumbers, TV repairmen, cable installers, and even the plain and simple mini-vans driven by soccer moms. It’s what’s on the inside that makes them so unique. The front, driver’s compartment is almost like a normal van. The only difference is a hidden intercom system used for communicating with the officers concealed in the rear compartment.

A hidden door behind the two front seats is the entrance to a cockpit that would make Captain Kirk green with envy. The secret compartment in a police surveillance van is equipped with separate heating, air conditioning that uses dry ice for cooling, extremely sensitive listening equipment that’s capable of monitoring all four outside corners of the truck, night vision, thermal imaging, GPS, video and still cameras, blackout curtains, police radios, CB radios (for monitoring citizen conversations) telephone, computers with internet service, and various printers for photographs and reports. Some are even equipped with toilet facilities. The people who build these vehicles even make use of the luggage racks on top. They’re used to conceal the antennas for the high-powered radio equipment. 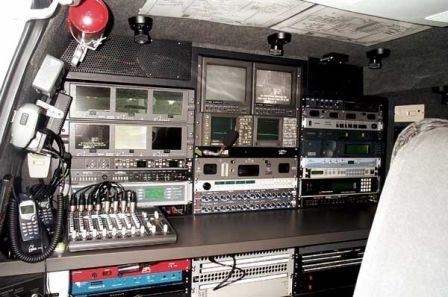 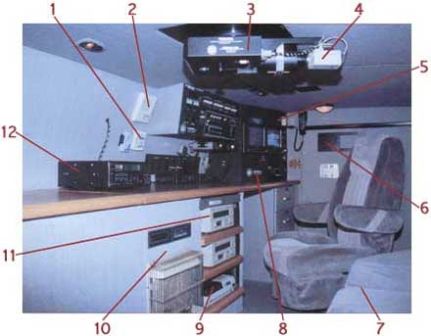 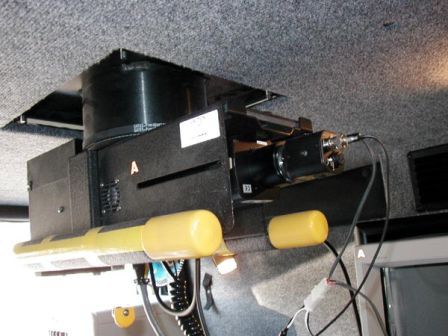 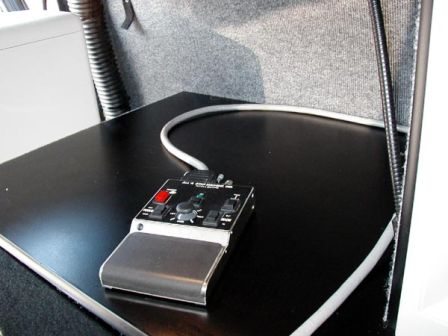 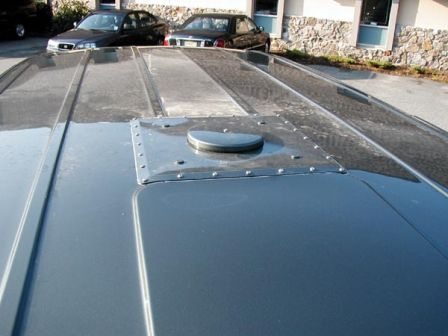 Retracted periscope, When in use, the periscope has the appearance of a small roof fan.