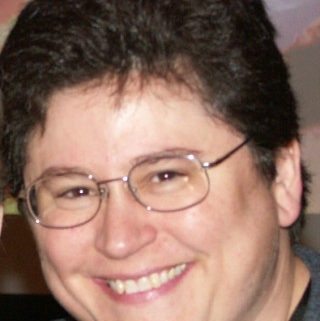 Lori L. Lake is the author of Snow Moon Rising, a novel of survival set during World War II, which received a 2007 Golden Crown Literary Award as well as the 2007 Ann Bannon Popular Choice Award. She is the creator of the “Gun” series, which is a trilogy consisting of romance/police procedurals Gun Shy and Under The Gun and the adventure/thriller Have Gun We’ll Travel. Her first novel, Ricochet In Time, was about a hate crime. She has also written two books of short stories, a standalone romance, and edited two story anthologies. Lori teaches fiction writing courses at The Loft Literary Center, the largest independent writing community in the nation. She lives in Minnesota with her partner of 27 years and is currently at work on a mystery series and a How-To Book about the craft of writing. For more information, see her website at www.lorillake.com.

I’ve always been interested in firearms, ever since I took a gun safety class at 14 so I could go out in the woods hunting with my uncles and cousin. I’ve studied firearms, read a couple dozen books about guns, and fired a number of weapons over the years. I wouldn’t consider myself an expert, but it’s been nice to become more knowledgeable about firearms because they’re an important topic for writing crime fiction.

A Cornucopia of Guns!

I had the pleasure last month of shooting and examining a variety of firearms at the Oakdale Gun Club (www.oakdalegunclub.org) near the Twin Cities in Minnesota. The members who sponsored and taught this session brought over 100 different weapons for us to shoot. I fired pistols and rifles and revolvers and a 12-gauge shotgun. I even fired two AR-15s (which are similar to the M-16s the military issues). One of the AR-15s had a scope, and I hit the red bulls-eye at 50 yards – pretty good for an AR-15 neophyte.

The first, and perhaps most important, information I learned all boils down to:

Four Simple Rules
1. Treat every gun as if it were loaded (even if you think it’s not). Always assume a gun is loaded and dangerous.

2. Control the muzzle at all times. Loaded or unloaded, the gun’s muzzle must always be pointed in a safe direction.

3. Keep your finger off the trigger. Your index finger belongs along the side of the gun until you’ve sighted in on your target. Many guns have “hair-trigger” response, meaning that the slightest pressure will fire the weapon. Most “accidental” discharges happen because the gun handler had a finger on the trigger and flinched or squeezed without intending to.

4. Be sure of what you’re shooting at, and above all, be sure of what is beyond your target. It does no good to take down a criminal in a hail of bullets if the shots go through the wall, out a window, or down the street and kill innocent bystanders. 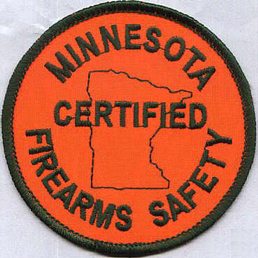 After the safety issues were covered, I got the chance to ask a lot of questions and came away with ideas and opinions to share. 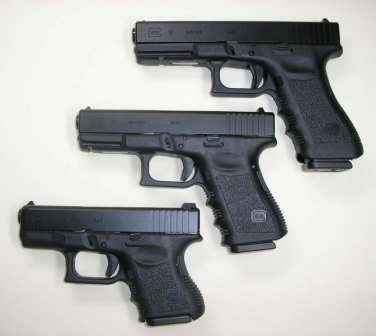 Lately I see that many mystery writers have their sleuths and detectives automatically default to carrying Glocks. Everywhere you go in crime fiction, they’re packing Glocks.

Glocks are common in the real world; approximately two-thirds of all law enforcement, including the FBI and the DEA, now use the Glock handgun. Glocks are light, versatile, affordable weapons that possess excellent stopping power and are chambered for 9 mm, .40- and .45-caliber ammunition. St Paul, New York, Charleston, Miami, Denver, and many, many more cop shops carry this weapon.

A fictional police detective can’t go wrong with a Glock, but make sure that if you use a real police department in your fiction, you have your cops carrying the weapon that department does actually use.

There are differences across the nation’s police departments in what sidearms are assigned to staff, but most police departments of any size designate a standard department weapon, give an annual stipend (usually between $600-$900), and require officers to qualify at specific marksmanship levels. Because officers may end up using each other’s weapons in the line of fire, many departments have found that requiring everyone to carry the same weapon reduced shooting errors, and ensured that cops could quickly handle and reload each other’s guns. Of course, no single size fits all, so many officers don’t like to be told what gun to carry, but they have to follow department regulations. 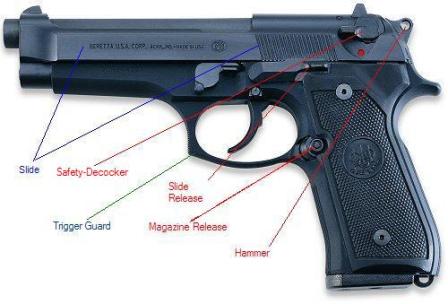 Other than Glocks, police sidearms often include the .45-caliber Kimber 1911, .40-caliber Smith & Wesson, or the 9mm Beretta (which is what the military issues). The Los Angeles County Sheriff’s Department, the largest Sheriff department in the U.S. with more than 9,000 sworn deputies, has carried the Beretta 92FS since 1988. Last time I checked, Minneapolis allows its officers to use the Glock or the Beretta, and Saint Paul used the Glock. 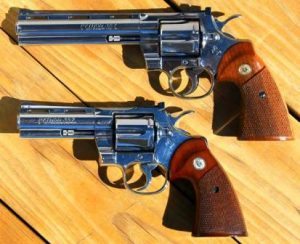 Some small-town departments may still be carrying revolvers, though. There are law enforcement officials who swear by the revolver because it’s a weapon that rarely misfires. Of course, a typical .38 or .45 generally only pack six rounds, and they’re slow to load (unlike a semi-automatic handgun which uses pre-loaded magazines).

You may find on-duty officers carrying an extra weapon, perhaps in an ankle holster. One of my friends likes the S&W .38 Model 649 because there’s no external hammer, which means it doesn’t catch on socks or pant legs. The 649 is easy to handle and easy to conceal. 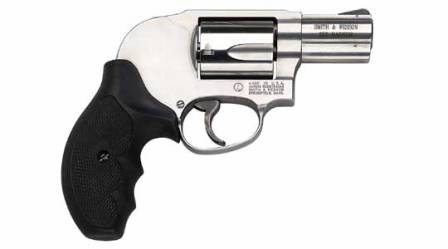 If you use a real-life police department in your crime fiction, in order to be accurate, you should check out what your police department’s gun requirements are before you send your book to press.

A Pistol, by definition, is a firearm designed to be used one-handed. All matchlock, flintlock, and percussion handguns are classified as pistols. In 1835, Samuel Colt invented the “repeating” pistol – more accurately a “revolving” pistol – which eventually came to be called a revolver, and later semi-auto and automatic pistols were invented.

In the category of Pistols, there are four common subcategories: 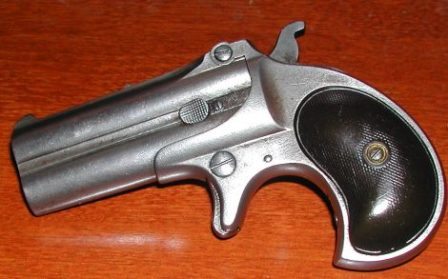 Single Shot Pistols hold only one round of ammunition and must be reloaded and recocked after each shot. Nowadays common single shot pistols would include 1) the derringer or other type of tiny gun that’s easy to conceal, and 2) zip guns. The latter is an improvised handgun made from a piece of steel tubing that will hold one cartridge. (More on this in Part III about crooks’ weapons.) 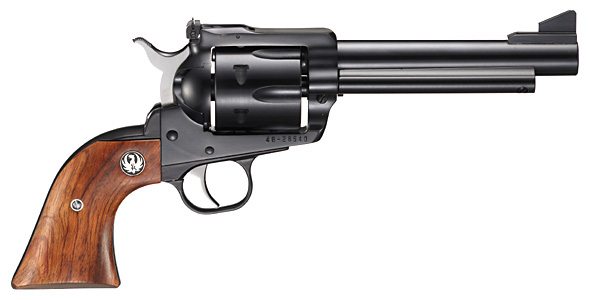 A Revolving Pistol or Revolver is a repeating, multi-shot firearm. The rounds are held in a revolving cylinder that rotates as you pull the trigger in order to fire through a single barrel. Typical revolver cylinders contain five or six shells.

.380 Walther PPK (with holster and an extra magazine with belt clip)

A Semi-Automatic Pistol has a single chamber and a single barrel and fires one cartridge with each pull of the trigger. Semi-autos automatically re-cock and reload the next round with each trigger pull. This gun has a magazine which is loaded with cartridges. The user manually cycles the first cartridge from the magazine into the chamber, and then the gun operates by using the energy from the recoil of each round of fired ammunition to eject the used cartridge from the pistol’s chamber and load a new round into the chamber for the next shot. (Also called an “automatic pistol,” “autopistol,” “self-loading pistol,” and “self-loader.”) 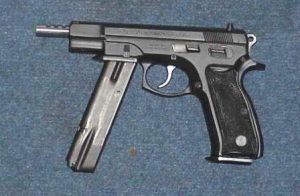 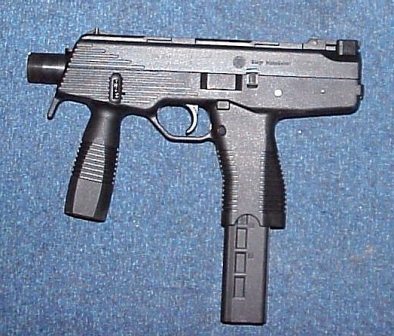 Fully Automatic Pistols are “rapid-fire” firearms that automatically re-cock, reload, and fire as long as the trigger is consistently depressed or until the ammunition runs out. Semi-automatic handguns can be modified to make them fully automatic. For instance, many Glocks can be converted to fire 33 bullets in about two seconds with one trigger pull. Though legal in most states, due to their lethality, fully automatic handguns have special state registratation requirements and multiple restrictions under federal law.

After shooting nearly two dozen weapons at the gun club, I came to the conclusion that firearms are rather complicated with a lot to know about types, caliber, cartridge capacity, action, frame size/weight, amount of recoil, and safeties – not to mention how to load and clean them. You can bet that gun owners are complicated and unique individuals as well. A person’s choice of handgun can be as individual as their choice of vehicle or their style of clothing. If you give all your characters Glocks, gun enthusiasts will roll their eyes, so I would challenge you to consider other weapons before settling on any one firearm for each of your characters, even if the Glock is popular and widely used. 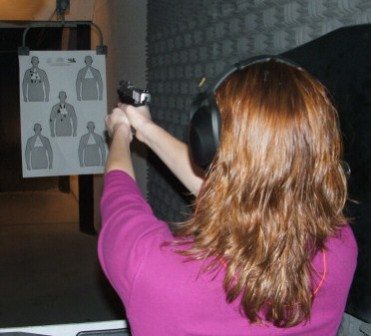 Next week we’ll talk about outfitting your sleuths with the perfect weapons. Until then, fire away with questions.