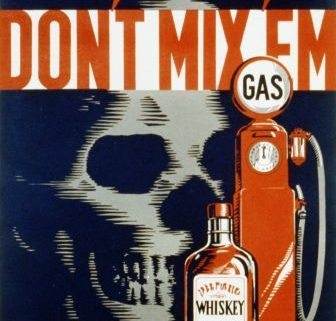 The driver who turns up a fifth of Jack Black while singing Sweet Home Alabama at the top of his little redneck lungs is obviously driving while under the influence of alcohol. But what about the driver who chugs only three or four teeny-tiny drinks before sliding in behind the wheel? 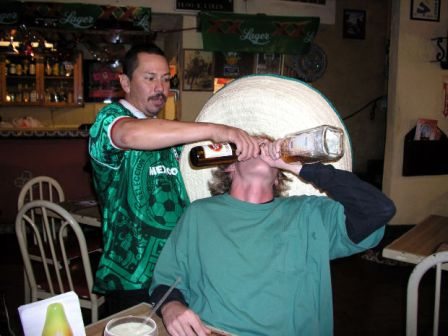 What makes a patrol officer zero in on that guy? And, what if a driver eats an onion after consuming his alcohol, or drinks a bottle of mouthwash? Will those tricks fool the officer’s breath-testing equipment?

Let’s start with some of the signs officers look for when scanning the roads for inebriated drivers. Here’re a few dead give-aways:

1) Stopping in the middle of the road for absolutely no reason. Believe it or not, this maneuver is quite often performed directly in front of a marked police car. 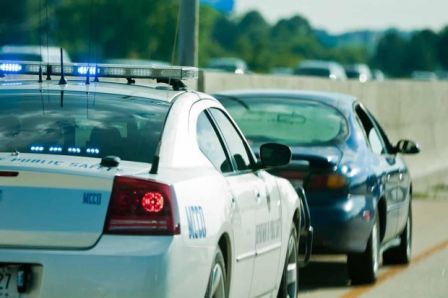 2) Driving the wrong way on a one-way street. The drunk driver is often seen flipping off approaching drivers.

3) Driving in the center of the road, straddling the center line. This, too, often occurs in front of a police car. 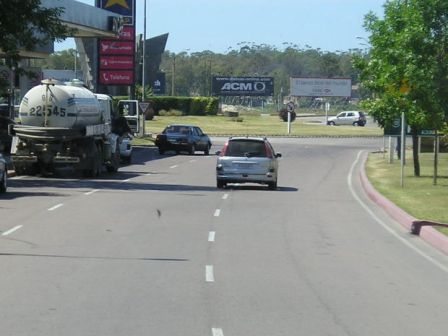 4) Failing to dim headlights when meeting an oncoming car. Older drivers can often be seen stomping the left floorboard of the car (that’s where the dimmer switches were located forty years ago).

5) Traveling well below, or above, the posted speed limit. Note – Exception to this rule is an old guy wearing a ball cap. These geriatric hat-wearers almost always drive well below the posted speed limit. May or may not be drunk. This one’s a coin toss. However, young guys have been known to wear baseball hats when consuming mass quantities of alcoholic beverages, and they’re sometimes a bit easier to spot, even in a crowd. Still, it takes a well-trained eye and years of experience to spot these crafty drunks. 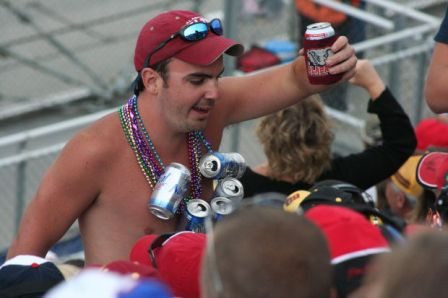 Exception number two to the slow-driving rule—three-foot-tall women over the age of eighty. 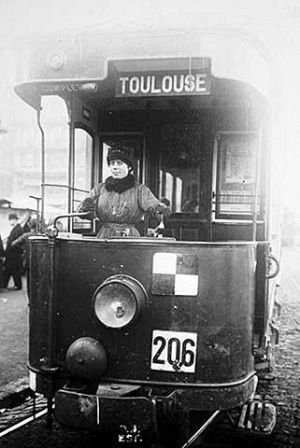 6) A car that strikes stationary objects on either side of the roadway as it passes by. Has the appearance of a pinball machine in play.

7) My personal favorite is the driver stopped at the red light beside a police car. First comes the casual sideways glance toward the officer, followed by a nod and the mule-eating-briars grin. Then, they just can’t help themselves. Down comes the window so they can tell the officer what a fine job he’s doing. The idiot cannot stop himself at this point. He simply has to inform the officer that his third cousin twice removed on his mother’s side of his daddy’s grandmother’s family was the chief of police in Doodlebunk, Kansas. Well, it’s pretty obvious he’s stoned out of his gourd. Of course, the bag of dope hanging out of his shirt pocket doesn’t help his case. 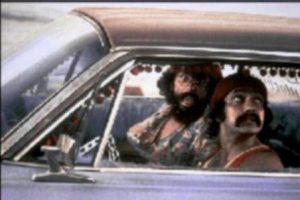 8) And let’s not forget the driver at the DUI checkpoint. Officers ask, “How much have you had to drink tonight?” The driver’s response… “Two beers.” Always, without fail, their answer is “two beers” (or whatever type alcohol they choose). 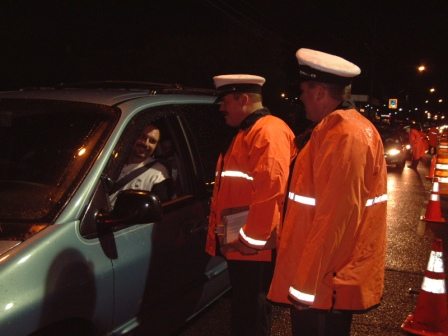 So, eat an onion if you like, but I doubt your bad breath will help you make new friends in the cell block. 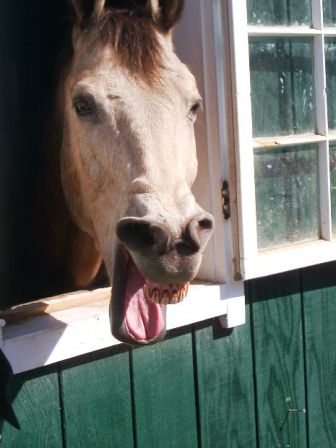 And then there’s poor ‘ol Steve. Caught driving drunk on a riding mower…again.