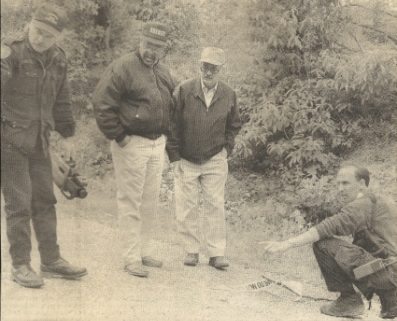 The image—faded, yellowed, and tucked away in a forgotten file. Yet, the moment as vivid in my mind as this morning’s sunrise.

The victim, a young man barely 22-years-old, was taken from his family at gunpoint. His abductors were two teenagers, each 19 and out of high school only two years. One of the kidnappers had been a local football star. The other, a seasoned thug and drug dealer. This one I’d arrested several times over the years—once, when he was 14, for a very crafty string of B&E’s. He was pro even at his young age. The athlete was different—clean cut, soft-spoken, and the girls loved him and so did their parents. In fact, at the time of the abduction he was dating the daughter of a police detective. They were an oil and water pair. But, they’d grown up together. Friends through and through.

The two men were neighbors in a remote area of a Virginia county. They each lived in small clapboard-sided houses surrounded by tobacco and peanut fields. Across the road were corn fields as far as the eye could see. The nearest store was an old country store, complete with gallon jars of pickled eggs and pigs feet on the counter top. The school bus ride from their corner of the county was nearly 1.5 hours each way. The two grew up in houses packed full of siblings, aunts, uncles, and grandparents. Life was hard. Really hard.

One of the two men was a leader. The other a follower. One was a kidnapper, a drug dealer, and a murderer. The other, a very frightened observer to a cold-blooded assassination.

A scared teenager presses the call button outside the sheriff’s office. The deputy looks at her monitor. A tall and fit African American kid. Looks like he may be 15 or 16. Fidgeting. Weight switching from one foot to the other.

The kid leans toward the speaker.

He starts to talk and doesn’t stop until he’s told it all. Two hours babbling and rambling-on through tears and sobbing.

He said the victim owed the drug dealer money, but couldn’t pay. He told of the kidnapping—how they stormed inside the house, beat the guy, and then his friend shoved a gun against the frightened man’s head. The man begged the intruders to spare his life.

He thought they were just going to scare the guy into paying his debt. The ride down the deserted country road was supposed to be intimidating. Even when his partner told him to stop the car and they got out and made the man get down on his knees. That was to put the fear of God into him. Even when his friend shoved the pistol against the guy’s head, behind his ear. It was all to scare him. But the two bangs. No, they were no joke. Neither was the blood, nor dragging the body into the woods. No, that was no joke.

So he came to tell. He had to report it, no matter the consequences. After all, it was wrong. Someone had been murdered and he’d seen it all. The only witness.

Shortly after the young man began to tell the story a team of officers—deputies, state police, canine officers, and investigators—had been quickly assembled. They headed to the crime scene to begin what turned into a three-day search for a body, a body they weren’t even sure was there. After all, the kid wasn’t positive about the location, and he didn’t know the name of the victim. And the section of the county they were searching was nearly as remote as the far corners of Yosemite. There were thousands of acres of wooded land. And if the kid’s story was true, the victim had already been dead for several hours. Both canine handlers said their tracking dogs probably wouldn’t be able to locate a dead body, and they were right. 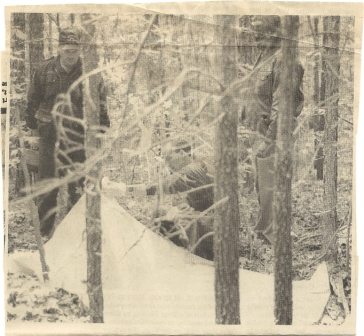 After painstakingly searching through thick woods, tangled underbrush, briers, poison oak and ivy, officers stumbled across the remains of the victim. It was 42 hours after the fatal shot had been fired. They did have a crime—a murder. So warrants were issued for the killer. First, a phone call had to be made. Someone had to call one of their own—a police investigator—to tell him that his daughter’s boyfriend of several years, the clean-cut athlete, was a ruthless, drug-dealing, murderer. He had pulled the trigger while his friend, a several times convicted felon, looked on in horror. B&E was one thing, but executing someone for a drug debt…

*The killer is scheduled for release from prison in November of 2030.

*Oh, that’s me on the left side of each photo. Officials from the neighboring jurisdiction called and asked if I would assist with the investigation. I went home 36 hours later.

Cops And Their Kids: It’s A Tough Life
Scroll to top