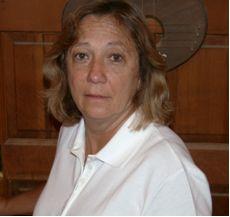 Hi, I’m Sandy Russell, a Private Investigator licensed in the State of North Carolina. I traveled along a very interesting path in order to get to this place in my life. I was always somewhat of a “tomboy.” I loved to to do anything as long as it was outdoors. I grew up on a small plot of land just outside of Greensboro, NC. I loved horses, so my mom bought me one when I was about 6 years old. I would ride from the time I got out of bed in the morning until just before dark. Those were the days when a child could take off and be gone all day and the parent had nothing to fear, well except for my mom. She never knew when I was going to come home with a stray dog or cat, sometimes something more unusual. But, she did know I would be home safe and sound.

I was married before graduating high school and fell into a life as wife and mother and not much more. That is until one day I was scanning the newspaper for a part-time job. I saw where the Belk Department Store at a local mall was hiring a part-time loss prevention officer. I applied and believe it or not they hired me, just like that. No experience, no background in anything really. It turned out to be a full time job and I caught the fever.

A few years later I was hired as a police officer at a local UNC school. They gave me uniforms and a gun. Wow! They wouldn’t let me drive the patrol car because the insurance didn’t cover me until I had attended “rookie school.” Did you catch that? I couldn’t drive a car, but they gave me a gun. I had been driving for about 12 years but had never shot a weapon. How cool is that?

I stayed there a few years and then was hired as a Deputy Sheriff. That is where I really found my passion. That was still during the time where women were a rarity in law enforcement. I was promoted after a few years, first to the rank of Corporal, then Sergeant, and finally Lieutenant. I was the first female in the history of the department to hold a supervisory position in the field. Articles were written about me in the local newspapers and probably had a lot to do with what happened next. As luck would have it, my luck ran out, and a new Sheriff was elected. And in the South that means a few key people had to vacate their positions and find work elsewhere. I was one of those.

I got lucky and was hired by a high security printing company out of New York to provide on premise security. We printed postage stamps, treasury checks, U.S. Visas and social security cards to name a few. My job was to turn this building into a mini Fort Knox, well sort of. Our clients that I mentioned above were very particular about the security of their products. Our perimeter was fenced; we had a 24 hour security staff. Our buildings were secured with electronic devices that I had never heard of prior to coming to this job. Cameras were everywhere. Our officers were even enclosed in a bullet proof office. The joke was always that no one could ever shoot one of us, but we couldn’t shoot them either.

North Carolina allows private companies that meet certain criteria to develop their own police departments. So, I decided to establish a Company Police Department within this company. It turned out to be a great marketing tool from a secure environment standpoint. So, now I was a Chief of Police. My department was larger than some public police departments in NC.

During this time I decided to run for Sheriff of the same department where I had worked and been eliminated. I made a pretty good showing, but as you can see, I am a PI, not the sheriff. So you guessed right if you thought maybe I lost that election. Well, here I am today, eight years or so later. I am a Private Investigator with my own company, CornerStone Investigations, but I am also a wife, a mother and a grandmother and loving every minute of it.

Private investigations have come a long way just in my lifetime. I sometimes watch the old movies where the wife comes into the smoke filled office of the man she is going to hire to follow her husband. He sits behind an old desk, feet kicked up, smoking a stub of a cigar. She sits gingerly, somewhat timid, across from him with a tissue in hand. Today the smoke filled room is a thing of the past. And, more than ever there is a woman sitting behind that desk. I have been a Private Investigator in North Carolina for 8 years. To get my license I was subjected to an extensive background investigation and then I had to go before the Regulatory Board to be interviewed. After two meetings I was officially a “PI.”

PI’s in NC perform a wide range of investigations. Of course the old standby, domestic situations is almost always the main staple of our diet. But, we do get to do more interesting things like, murder investigations; missing persons; nursing home abuse; skip tracing; serving civil papers; executive protection and lots of other dangerous things.

Here is one example of a case I was involved in. It was my first case and was almost a flashback to the smoke filled room and the man with the cigar. Of course he was the client, not the PI. It turns out we had a mutual friend who recommended my services to him. When I arrived he was shocked to see that I was a woman. Turns out that he was an elderly gentleman whose wife had been receiving harassing phone calls. The language that was being used was crude and he and his wife were shocked by it. The common link seemed to be that the calls always came in just after he left the residence, leaving his wife alone. They called two to three times in a row. She told them how mean and ugly they were being and asked them if their mother was aware of their behavior. The husband had placed a device on his phone so that he could record the caller in case it was needed as evidence.

When I asked to listen to the recording he hesitated and then said, “I can’t let you listen to that, you’re a lady!” I then asked him, “Has your wife heard it?” He got the hint and turned over the recording to me. I respected him enough to listen to the tape outside of his earshot. I’m sure he would have been totally embarrassed otherwise. We had to report the calls to the police so that the phone company could trace the calls as they came in.

On my first day I suggested that I stay in the house with his wife while he went to play golf. My car was parked a few blocks away. Almost as quickly as he left, the phone rang. The wife answered it after a few rings. I picked up the extension at the same time. The caller proceeded to say things that brought red even to my cheeks. I motioned for her to hang up without speaking. The phone rang yet another time. Same caller, same type of language. She hung up. Suddenly I heard giggling and swearing outside. The phone rang one more time. I motioned for her to answer it while I slipped out the side door of the house. I slid in behind the shrubbery and made my way around the house. A window was open near where the wife was. I could hear her trying to shame the caller into some type of repentance. Just before I got to the corner of the house I realized from the stinging on my face that I had run into the middle of a yellow jacket convention of some type. I came out of the bushes jumping and screaming.

Before I realized it I was standing in front of two teenage boys using a cell phone to harass this nice old lady. Working in my favor was the jumping and screaming that came naturally to me because of the bee stings. The boys dropped the cell phone and started yelling for me not to shoot. Needless to say, I didn’t shoot them but I did call the police who came and arrested them for trespassing and harassing phone calls. It turned out that the boys lived a few blocks away and were no strangers to trouble. The police found several other misdemeanor warrants on them.

He shook my hand and told me he appreciated everything I had done for them. He said he was still a little embarrassed, and I was glad to hear it. I guess chivalry is alive after all.

In the end, the boys were convicted and sentenced, their family moved away from the neighborhood. The exterminator was called and the bees left the area too.